Can We Conquer Canada Now? 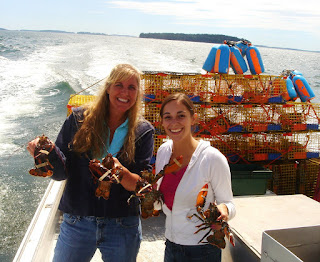 I mean, Celine Dion was bad enough, but now they're stealing our lobsters!

Machias Seal Island is a 20-acre, treeless island teeming with puffins, razorbills, terns, eiders and other seabirds, making it a prime destination for birdwatchers. Canada and the United States both claim sovereignty over the island, which is about 10 miles off the coast of Maine, and the surrounding 277-square-mile Gray Zone, where fishermen from both countries compete over valuable lobster grounds.

“I have no idea where they came from,” said Laurence Cook, a lobsterman and representative of the Fishermen’s Association from nearby Grand Manan Island. “We’ve never seen U.S. Border Patrol in the Gray Zone before.”

Cook said at least 10 Canadian boats were stopped and their crews interrogated about whether they were carrying drugs and illegal immigrants. 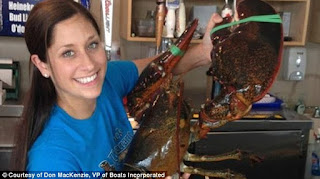 Canada’s foreign ministry said in a statement that it is investigating the incidents, which it said “occurred in Canadian waters.”  “Canada’s sovereignty over Machias Seal Island and the surrounding waters is long-standing and has a strong foundation in international law,” the statement said.

The State Department maintained in a statement that Machias Seal Island belongs to the United States and has since 1783.

The dispute dates to the signing of the Treaty of Paris between Britain and the newly independent United States. The United States was granted all islands within “20 leagues” of the Maine shore except for the islands that were owned by the British colony of Nova Scotia, which later became part of Canada. The two sides have differed ever since over whether Machias Seal Island was historically part of Nova Scotia.

When Washington and Ottawa went to the World Court to settle the boundary differences over the adjacent fishing grounds of Georges Bank in the 1980s, they deliberately left out Machias Seal Island and the Gray Zone. 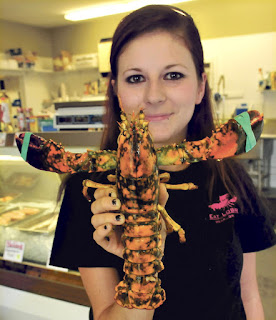 There are four boundary disputes along the countries’ border, but the fight over Machias Seal Island is the “only one that actually involves sovereignty over a piece of territory,” said Stephen Kelly, a retired U.S. diplomat and a research scholar on boundary issues at Duke University. The other disputes are squabbles over marine boundaries.

Both countries insist the waters in the Gray Zone are rightfully theirs, so for years there has been an arrangement whereby each country imposes its fishing rules on its own vessels. That means Coast Guard and fisheries vessels from the United States and Canada do not impose their rules on boats from the other country. 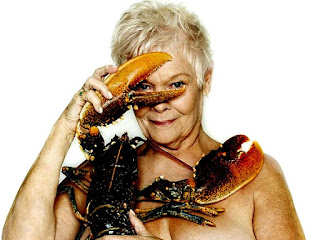 Kelly, who has a summer home on the Maine coast, said the recent presence of U.S. Border Patrol in the Gray Zone was unusual. “I don’t know what they were doing out there. It’s hardly a well-known smuggling path,” he said.

Kelly said there are occasionally disputes between lobstermen in the zone because there are different rules for the fishing season and the size of lobsters, for example. “The Mainers have to throw back lobsters that are too small or too big,” he said. “The Canadians don’t have a limit on the big lobsters.”

Isn't it time to settle this matter the traditional way, by comparing size of armies, and numbers of nuclear weapons, and deciding if they want it bad enough to fight for it?

For amusement, you might also check out Jazz Shaw's post on it at Hot Air: And You Laughed When I Said We Were In A Lobster War With Canada.

Wombat-socho brings us "Rule Five Sunday: Barbi Benton" on time and within budget.
Posted by Fritz at 1:50 PM