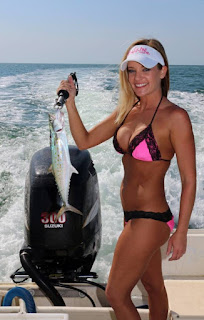 The Atlantic Spanish mackerel (Scomberomorus maculatus) is a migratory species of mackerels that swims to the Northern Gulf of Mexico in spring, returns to south Florida in the Eastern Gulf, and to Mexico in the Western Gulf in the fall.

The fish exhibits a green back; its sides are silvery marked with about three rows of round to elliptical yellow spots. Lateral line gradually curving down from the upper end of the gill cover toward caudal peduncle. The first (spiny) dorsal fin is black at the front. Posterior membranes are white with a black edge. Its single row of cutting edged teeth in each jaw (around sixty-four teeth in all) are large, uniform, closely spaced and flattened from side to side. As with the King mackerel and the Cero mackerel, these teeth look very similar to those of the Bluefish, Pomatomus saltatrix. 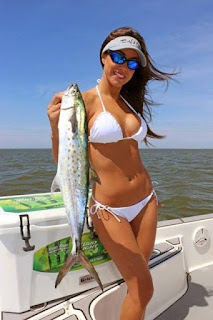 We get a decent run of Spanish Macs  up into the Chesapeake Bay in summer. They're here now, and have been for a couple weeks. The first cold wave of late September or October usually chases them out. There was one caught on the fishing trip I took on Tuesday, unfortunately not by me.


Spanish mackerel occur seasonally from the Yucatán peninsula, Mexico, as far north as Cape Cod, Massachusetts. They are a shallow water species, preferring sand bottom in depths of 10 to 40 feet (3 to 12 m), occasionally found as deep as 80 feet (24 m).

It appears that one Atlantic and one or more Gulf groups of Spanish mackerel occur in Florida waters. With rising water temperatures, the Atlantic group migrates along the Atlantic coast of the United States from Miami Florida, beginning in late February through July reaching as far as southern Cape Cod, Massachusetts, then returning in fall. An Eastern Gulf group moves northward from the Florida Keys during late winter and spring, appearing off the central West Coast of Florida about April 1. Movement continues westward and terminates along the northern Texas coast. During fall, this group migrates back to its wintering grounds in the Keys. 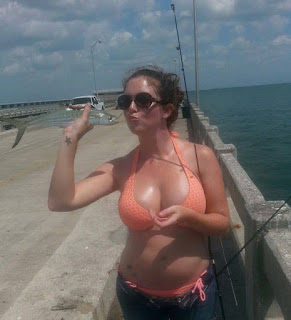 In the Bay, Spanish are most often found in mixed schools with Bluefish and or smaller Striped Bass.


Spanish mackerel are voracious, opportunistic, carnivores. As with other members of the genus, food consists mainly of small fishes with lesser quantities of shrimp and squid. Striped anchovies (Engraulidae) and clupeoids such as menhaden, alewives and thread herring (Opisthonema), are particularly important forage in North Carolina, Florida, Texas, and Veracruz. The percentage of anchovies consumed is higher for juveniles than for adults.

Spanish mackerel are a highly valued fish throughout their range from North Carolina to Texas. Recreational anglers catch Spanish mackerel from boats while trolling or drifting and from boats, piers, jetties, and beaches by casting spoons and jigs and live-bait fishing. Fast lure retrieves are key to catching these quick fish. Commercial methods are primarily run-around gill netting, and rarely, by trolling lures similar to those used by recreational anglers. 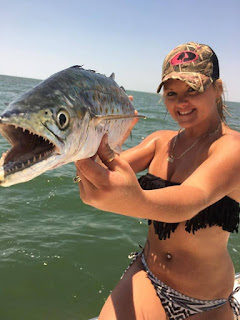 They hit almost anything moving, although they favor shiny spoons, but the key to catching good numbers of them in presence of a majority of Blue Fish and Stripers is a very fast retrieve to leave the others behind. Relatively fast trolling works well too.


Spanish mackerel are managed in commercial and recreation fisheries with bag limits, size limits, commercial trip limits, and with only seasonal fishing allowed. The management of mackerel has been considered a success because the population used to be in decline, but is now on the rise without overfishing occurring.

Spanish mackerel are primarily marketed fresh or frozen as fillets as commercially caught fish are too small to sell in the form of steaks. Their raw flesh is white. They may be prepared by broiling, frying, baking or, rarely, by smoking.

Linked at The Right Way in "Rule 5 Saturday LinkOrama." Wombat-socho brings us "Rule Five Sunday: Barbi Benton" on time and within budget. 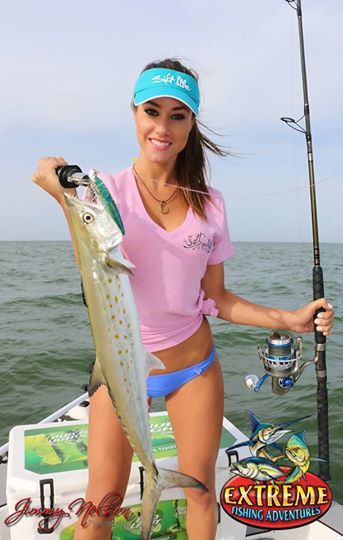 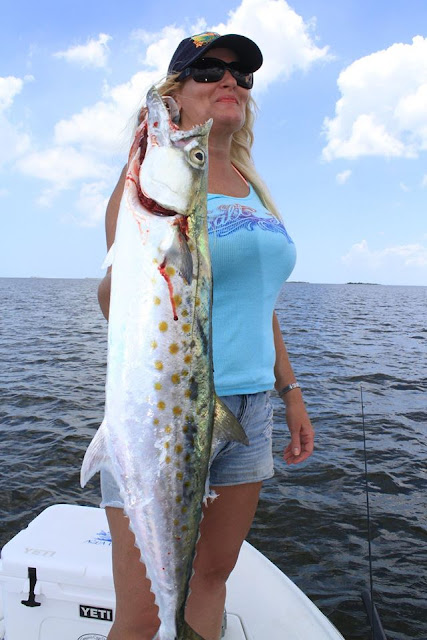 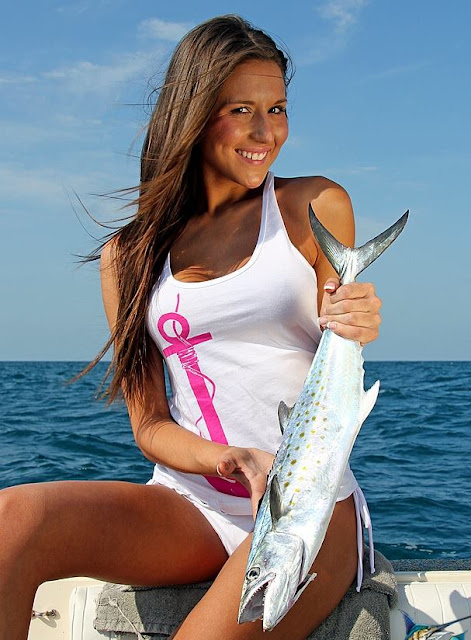 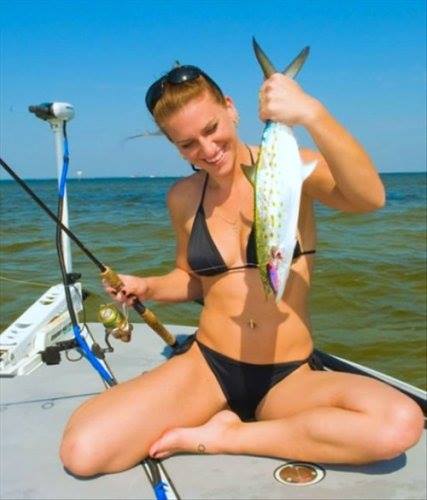 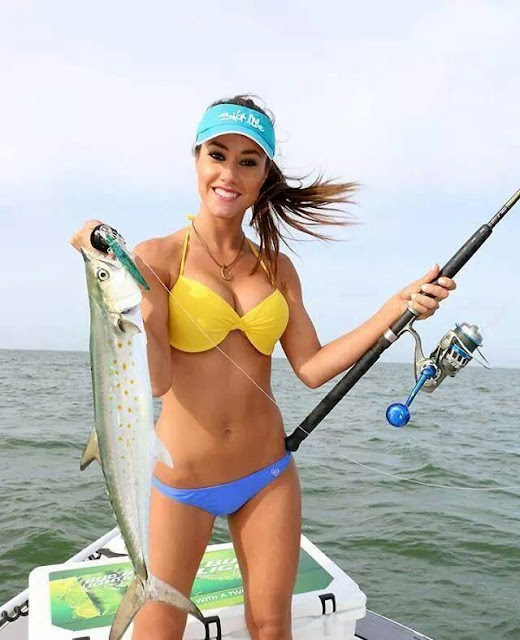 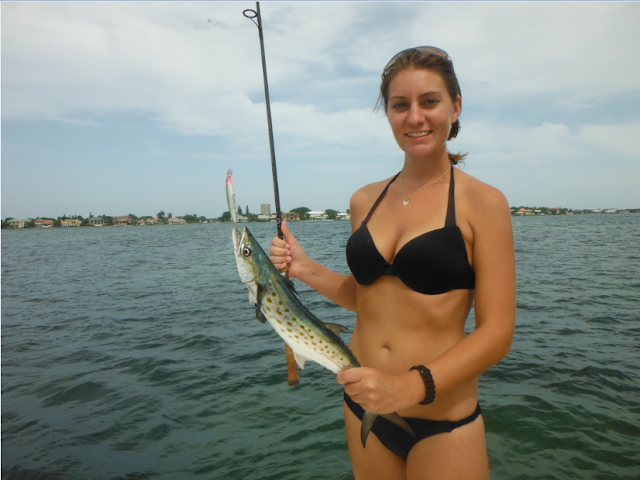 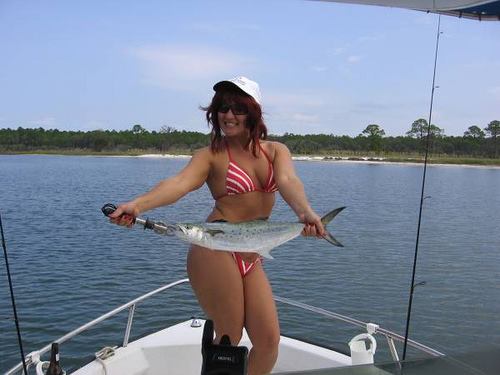 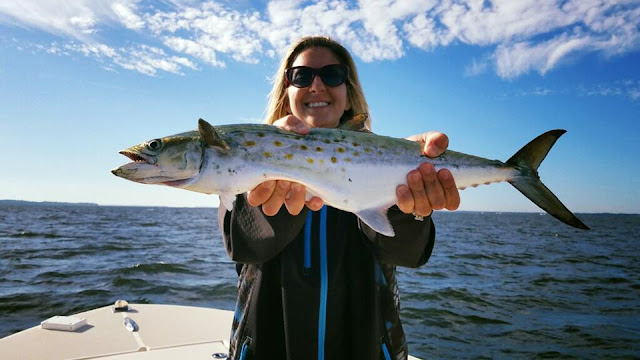 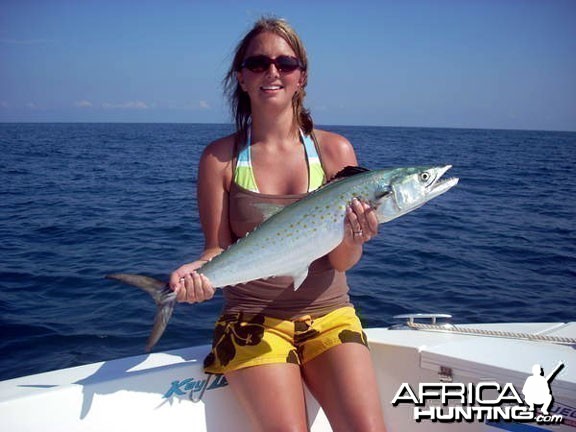 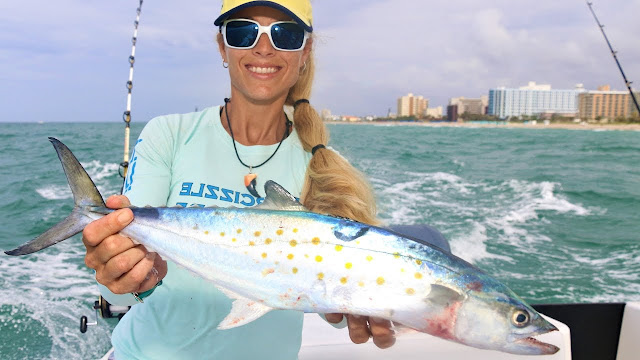 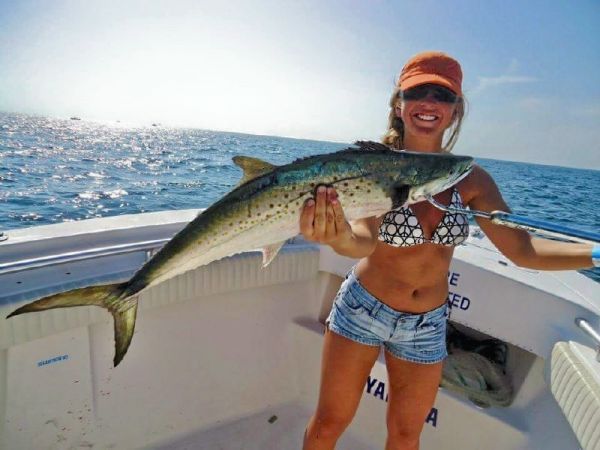 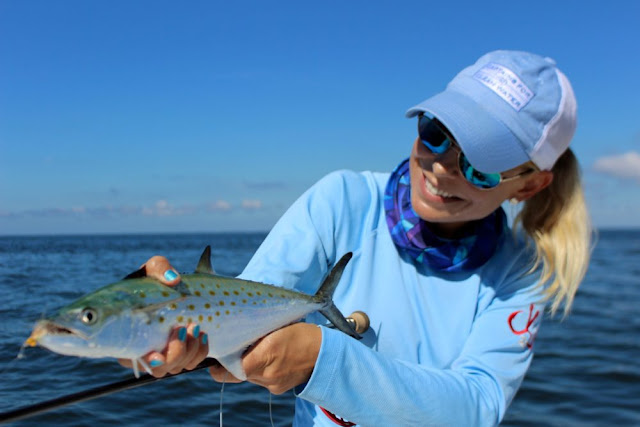 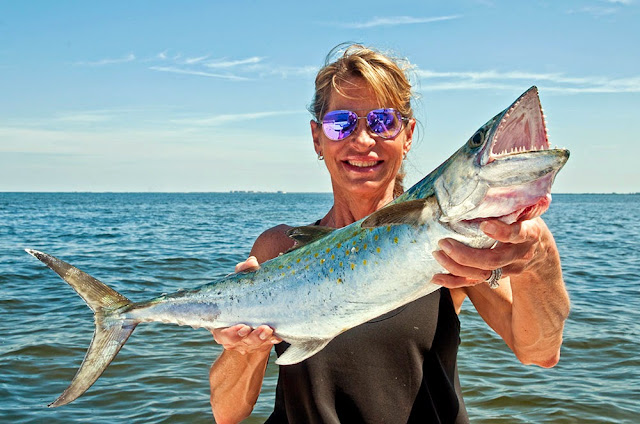