Mandy Smith was convent educated, and lived in Tottenham as a young child. She met Bill Wyman when she attended the BPI Awards with her sister Nichola Smith. Also, she modelled for Boy and Katherine Hamnett. Maurice Boland was her agent, and made her famous on the back of her affair with Bill Wyman. The story broke in 1986, on her return from Marbella, Spain.

In 1983, when Smith was only 13 years old, a relationship began between her and 47 year old Rolling Stones bassist Bill Wyman. In April 2010, in an interview with the Daily Mail, Smith claimed to have started a sexual relationship with Wyman at just 14. Smith married Wyman in 1989; they divorced in 1991.
. . .
Smith is currently a resident of Manchester where she has now become a teetotaller and vegan. Smith was raised as a Catholic and, in recent years, has returned to the church.

A victim of pleasure, indeed! 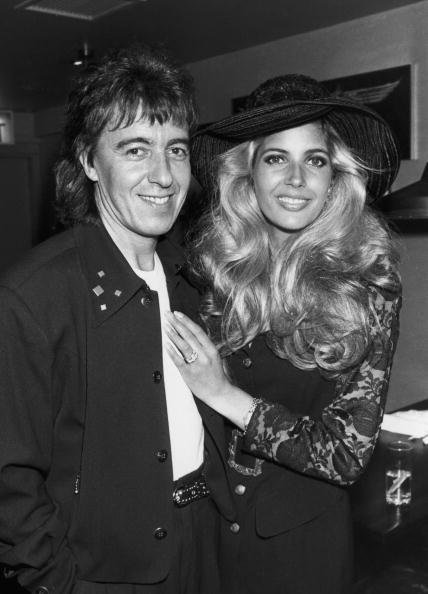 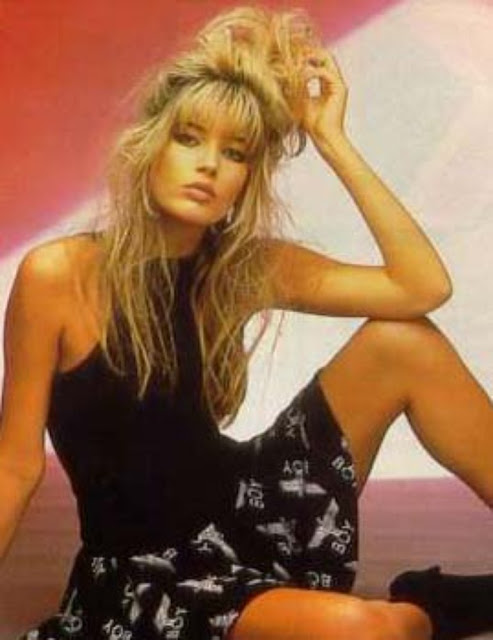 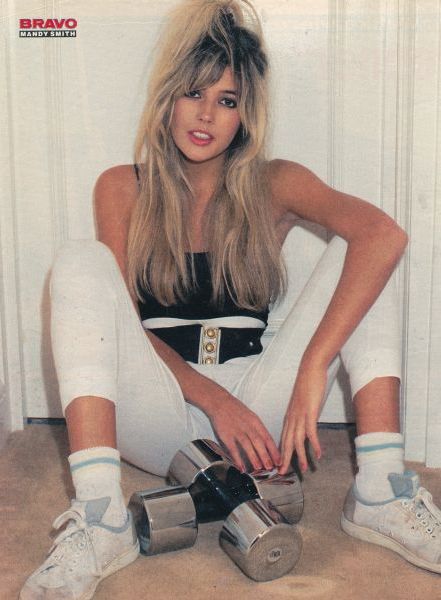 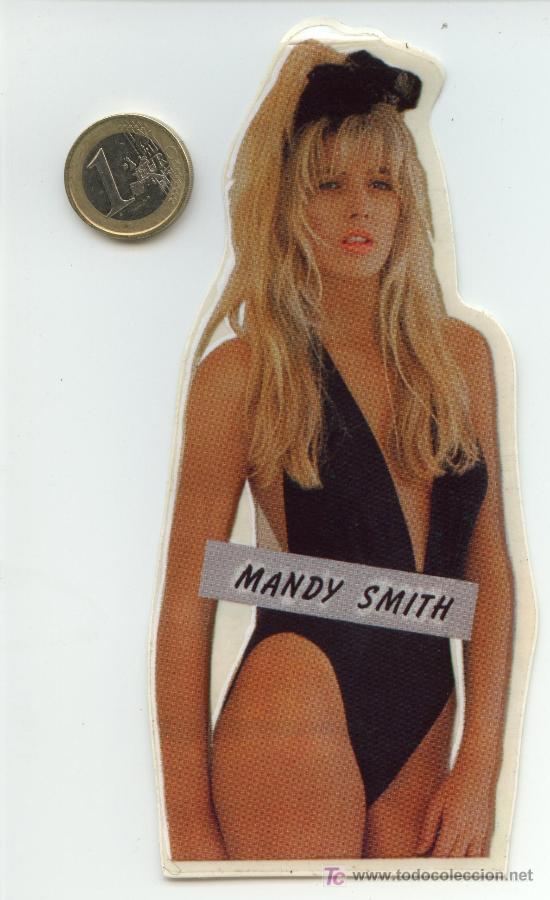 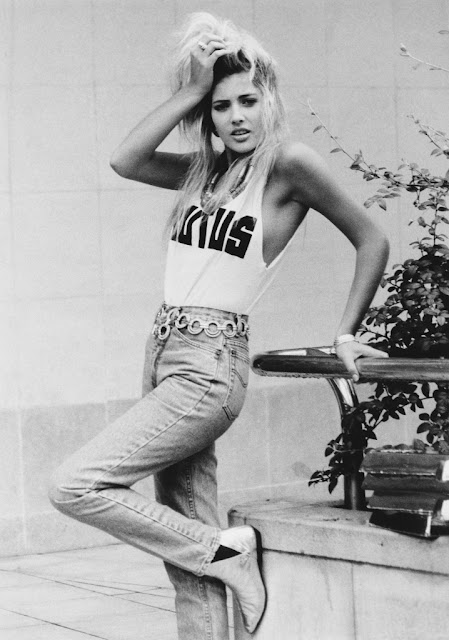 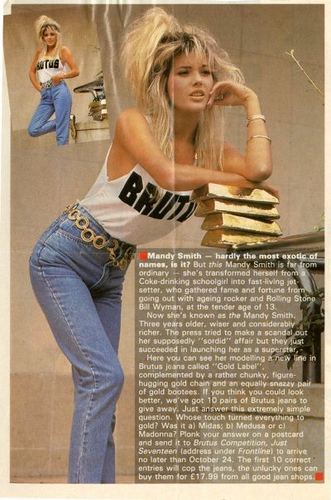 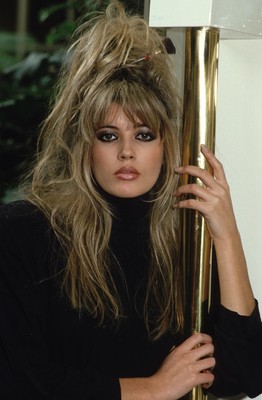 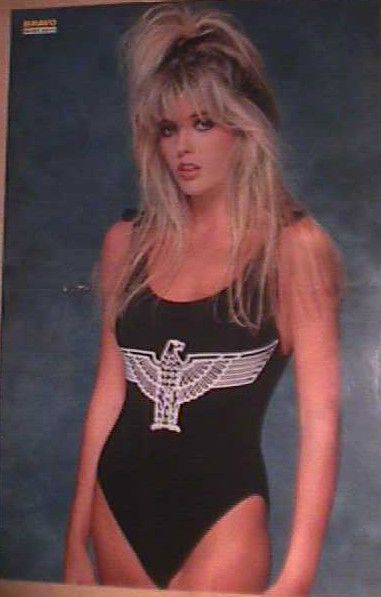 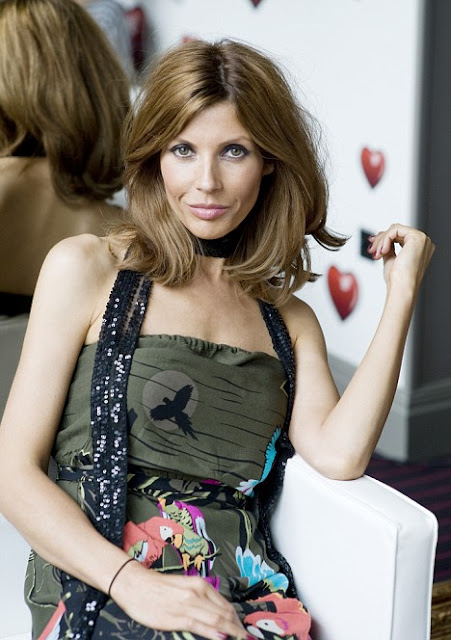 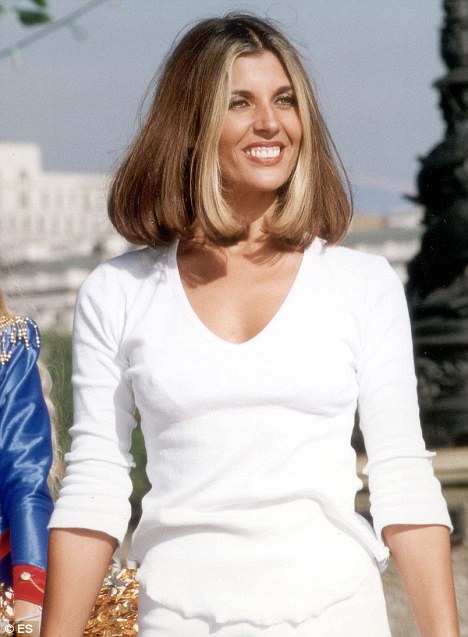 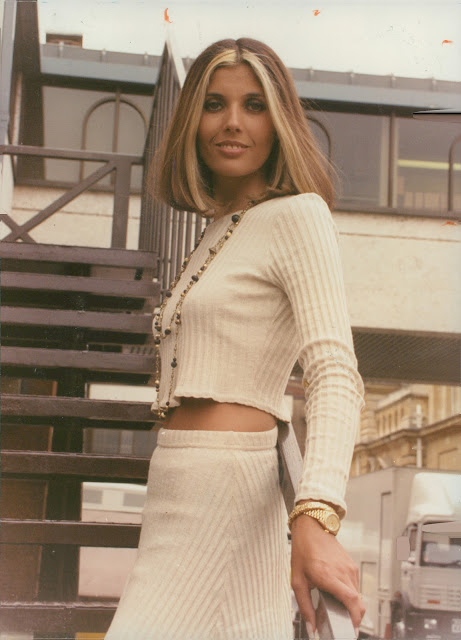 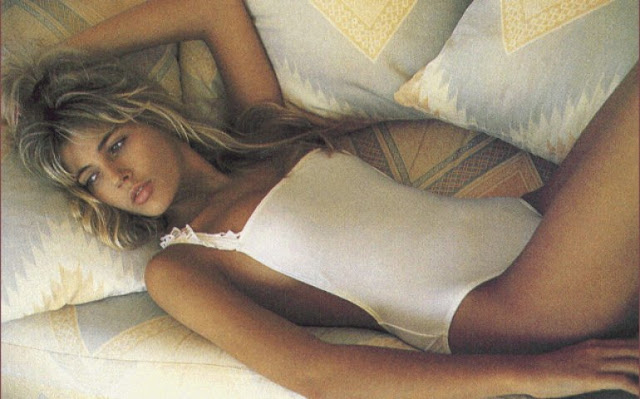 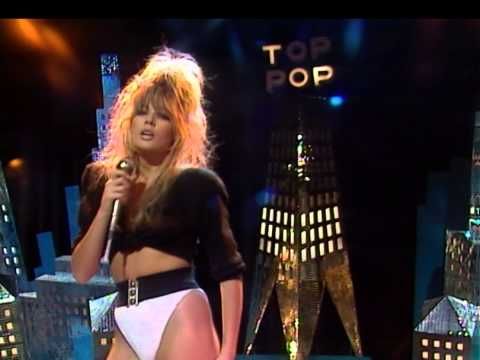 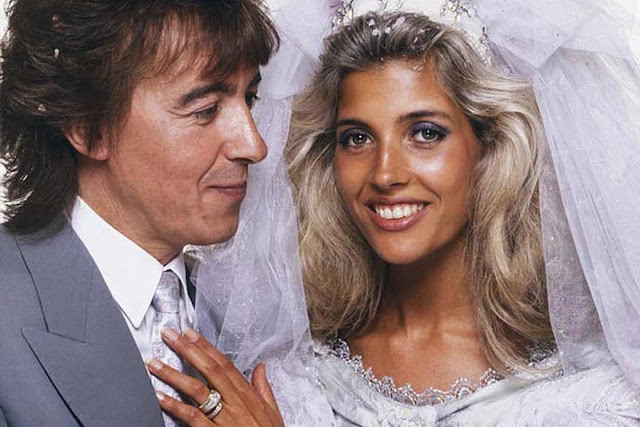