The Last Straw At Starbucks

On Monday, Starbucks joined a growing list of companies in pledging to phase out the use of plastic straws (by 2020). Many other companies — and even cities like Seattle, Wash., and Vancouver, B.C. — have banned plastic straws, widely seen as a fairly easy way to minimize harm to the environment. These bans will make life harder for the disabled, however.

Many disabled people with diseases like muscular dystrophy find it increasingly difficult to lift cups to their mouths. Plastic straws enable them to drink without what would be a herculean effort. There may not be a fitting substitute.

Daniel Gilbert, a 25-year-old in Kentucky who was born with Duchenne muscular dystrophy, keeps plastic straws with him because not all of them are the same. He once left his straws at home while he was at a bar with his friends, and the bar only had plastic stirrers.

"I had to manage, but it took a lot of effort," Gilbert told CNN. "It was really exhausting."

And for what great gain are we to be banning plastic straws?  Starbucks Bans Plastic Straws, Winds Up Using More Plastic


The coffee giant says that by 2020 it hopes to have eliminated all single-use plastic straws at its 28,000 stores worldwide. It will now top all its cold drinks with fancy new strawless lids that the company currently serves with its cold brew nitro coffees. (Frappuccinos will still be served with a compostable or paper straw.) As is to be expected, Starbucks' decision was greeted with universal adulation.

The World Wildlife Fund and Ocean Conservancy both provided ebullient quotes for Starbucks' press releases. Liberal magazine The New Republic praised the move as an "environmental milestone." Slate hailed the Starbucks straw ban as evidence of as a victory for a bona fide anti-straw movement, one that would hopefully lead to bans of more things plastic in years to come. 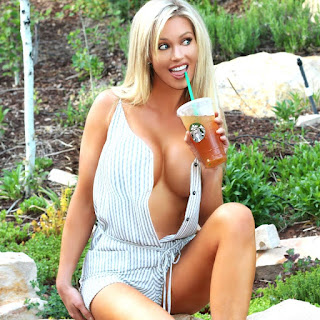 Yet missing from this fanfare was the inconvenient fact that by ditching plastic straws, Starbucks will actually be increasing its plastic use. As it turns out, the new nitro lids that Starbucks is leaning on to replace straws are made up of more plastic than the company's current lid/straw combination.

Right now, Starbucks patrons are topping most of their cold drinks with either 3.23 grams or 3.55 grams of plastic product, depending on whether they pair their lid with a small or large straw. The new nitro lids meanwhile weigh either 3.55 or 4.11 grams, depending again on lid size. (I got these results by measuring Starbucks' plastic straws and lids on two separate scales, both of which gave me the same results.)

So, ban plastic straw,  discriminate against the disabled and increase plastic pollution, got it.