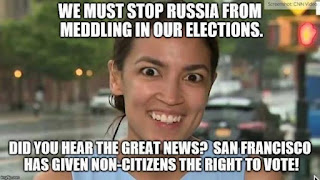 
Consider this: The representation that the FBI’s verification procedures include sending the application to “appropriate field offices” is standard in FISA warrant applications. It is done because the FBI’s Domestic Investigations and Operations Guide (DIOG) mandates that the bureau “ensure that information appearing in a FISA application that is presented to the [Foreign Intelligence Surveillance Court] has been thoroughly vetted and confirmed.” (See House Intelligence Committee Chairman Devin Nunes March 1, 2018, letter to Attorney General Jeff Sessions, embedded here.) The point is to assure the court that the FBI has corroborated the allegations in the warrant application in the usual way.

A hypothetical shows how this works. Let’s say that X, an informant, tells the FBI in Washington that Y, a person in St. Louis, told him that Z, the suspect, is plotting to rob the bank.

X’s story is unverified; he doesn’t know anything firsthand about Z — he only knows what Y has told him. Obviously, then, the FBI does not instantly run to court and seek a warrant against Z. Instead, the bureau sends an investigative “lead” from headquarters in Washington to the FBI field office in St. Louis. FBI agents in St. Louis then go find and interview Y. Based on that interview, the FBI gathers supporting information (perhaps physical surveillance of Z, scrutiny of available documents and records about Z, etc.). Only then, after debriefing the witness with competent knowledge, do the Justice Department and FBI seek a warrant against Z from the court. In the application, they explain to the judge that they have verified X’s information by interviewing Y and then corroborating Y’s version of events. In fact, if they get solid enough information about Z from Y, there may be no reason even to mention X, whose tip to the FBI was sheer hearsay.

But that is not what happened with the Carter Page FISA warrants. . . 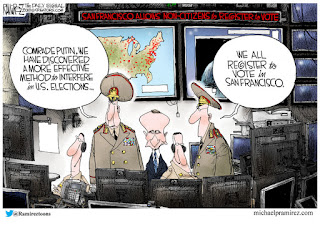 Via Wombat-socho's "In The Mailbox: 07.23.18" Tom Maguire at Just One Minute: A Tale Of Two FISA Applications

(a) The Obama DoJ wants to drop the power of the surveillance state on associates of the Republican nominee for President based on rumors and innuendo dug up by an establishment Republican backing more moderate candidates; or

(b) The Obama DoJ want to investigate the Trump team based on rumors and allegations paid for by the campaign of Obama's anointed successor.

Which application seems more likely to be approved by a judge? Is "The Democrat heirs to the current Democratic administration bought some dirt on Trump and want us to check it out" really no different from "Some other Republican bought dirt on Trump but we think it is worth checking out"?

Seriously, if this is a tough question, well, the questions will get progressively more difficult. And since you ask, it was conservatives at the Washington Free Beacon that initially hired Fusion GPS. Steele only got involved after the project was picked up by Team Hillary surrogates. So who knows what the judges knew or guessed.

Or let's look at this from a different perspective. These FISA applications are double top secret and probably won't show up even on Hillary's email server. If (in the normal course) they will never see the light of day, why is the DoJ playing "Twenty Questions" instead of just writing the simple truth - this application relies on research funded by Hillary's campaign?

My guess - regardless of any rationalizations from TimesWorld, the DoJ applicants understood that telling the judges the unvarnished truth might create an awkward moment or two. I picture a response from the judge along the lines of "Seriously, Obama wants us to approve the of use of Hillary gossip to spy on Trump? Pull the other one, it plays the theme from 'Law and Order'". 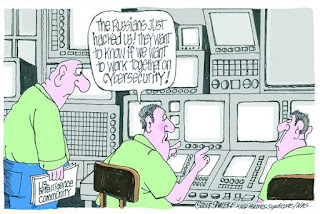 
"To enable the public to understand the DOJ's and FBI's basis for obtaining the FISA warrant and three subsequent renewals," the lawmakers wrote, "we respectfully request that you declassify and release publicly, and in unredacted form, pages 10-12 and 17-34, along with all associated footnotes, of the third renewal of the FISA application on Mr. Page. The renewal was filed in June 2017 and signed by Deputy Attorney General Rod Rosenstein."

So what is on pages 10-12 and 17-34? That is certainly a tantalizing clue dropped by the House Intel members, but it's not clear what it means. Comparing the relevant sections from the initial FISA application, in October 2016, and the third renewal, in June 2017, much appears the same, but in pages 10-12 of the third renewal there is a slightly different headline — "The Russian Government's Coordinated Efforts to Influence the 2016 U.S. Presidential Election" — plus a footnote, seven lines long, that was not in the original application.

As for pages 17-34, there appear to be, in the third renewal, new text and footnotes throughout the section headlined "Page's Coordination with Russian Government Officials on 2016 U.S. Presidential Election Influence Activities." (That is the same headline as the original application.) The Republican lawmakers ask that it be unredacted in its entirety, suggesting they don't believe revealing it would compromise any FBI sources or methods.

Clearly, the GOP lawmakers believe pages 10-12 and 17-34 contain critical information, so it seems likely that the release of those pages would affect the current public debate over the FISA application. That would, in turn, lead to charges that the Republicans were cherry-picking the application and did not want the public to see information that undercuts their position.

Which is why the application should be released in its entirety, or as closely to its entirety as is possible. Will that happen? At the moment, it appears the only person who can answer that question is Trump. 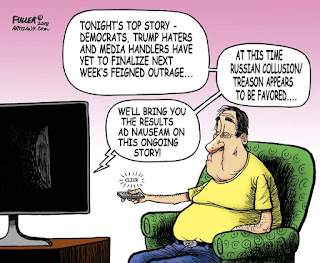 “Do you really think I’m really gonna talk to the leading Democratic party propaganda? Nunes said, smiling as Raju held a microphone to his face.

“That was it?” Cooper asked. “That’s all we got?”
. . .
Nunes mocked the media and Democrats on his social media account for their reaction to the release of the FISA application, and tweeted an assessment claiming that the release fully supported his memo.

A question that keeps coming up: Is Robert Mueller an 'Officer of the United States' or an 'Employee of the United States'? By Seth Barrett Tillman, Josh Blackman at Lawfare. Aaron Keller at Law and Crime: What We Know About 5 Mueller Witnesses Granted Immunity Ahead of Manafort’s Trial. All financial guy; not (so far) Tony Podesta. Bloomberg: Trump Proposes Mueller Interview With No Obstruction Questions. I still say he should question Mueller, under oath. 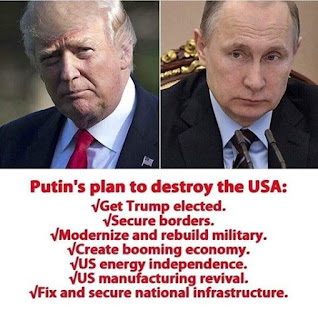 Allahpundit: Trump: I’m Concerned That Russia Will Try To Meddle In The Midterm Campaign — To Help Democrats "He’s the Rembrandt of trolling and this is his “Night Watch.”" Louis Nelson at Politico: Trump: 'I gave up nothing' during Putin meeting  - “We got along very well, which is a good thing, except for the Corrupt Media!” he added.


"I need to open up a company for the transfer of all of that info regarding our friend David," Cohen said in the recording, likely a reference to American Media head David Pecker.

When financing comes up again later in the conversation, Trump interrupts Cohen asking, "What financing?" according to the recording. When Cohen tells Trump, "We'll have to pay," Trump is heard saying "pay with cash" but the audio is muddled and it's unclear whether he suggests paying with cash or not paying. Cohen says, "no, no" but it is not clear what is said next.

No payment was ever made from Trump, Rudy Giuliani, the President's attorney, has said. Giuliani has previously acknowledged that the recorded discussion related to the buying the story rights.

"There's no indication of any crime being committed on this tape," Giuliani said on Fox News Channel Tuesday night.

PJ Media: Mass Media Hysteria Ensues after CNN Airs 'Secret' Trump-Michael Cohen Tape, Mediaite: Michael Cohen Lawyer Rips Trump After Tape Airs on CNN: ‘Only People Who Use Cash Are Drug Dealers and Mobsters’. There may be honor among thieves, but not lawyers: MJ Lee and Maegan Vazquez, CNN, Avenatti pitched Michael Cohen on working together against Trump.
Posted by Fritz at 7:16 AM