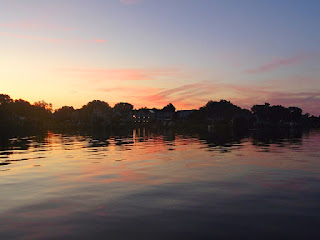 We left out of South River around 5:30, with the sunrise getting ready behind the trees of the Mayo peninsula 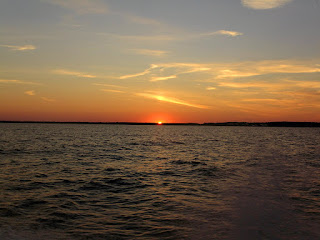 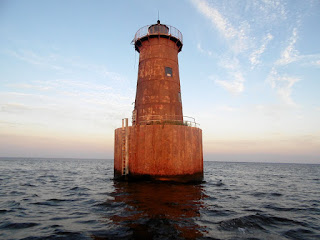 Our first stop was Bloody Point Lighthouse, just off the southern end of Kent Island, and guarding the course into Eastern Bay. One of many places we fished; I think we caught all of 1 fish around this structure. 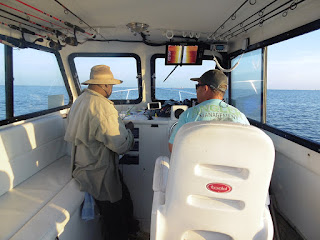 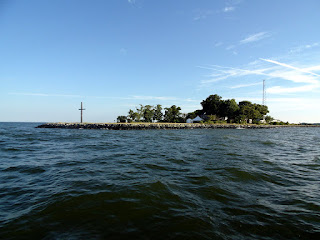 A nice rip rap wall at the southern end of Tilghman Island, where we found a nice school of schoolie stripers, including a keeper or two. 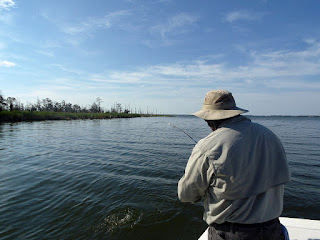 Trevor wrestlers a striper in the waters of the Little Choptank River. Overall fishing was tough. While we caught fish at most of our stops, there were only a few in most cases, and most too small to keep. We ended with one keeper inch, and a White Perch that bit one of my jigs in the Little Choptank. 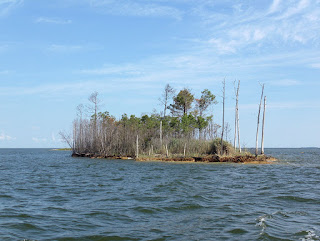 Some of the vanishing remains of James Island. 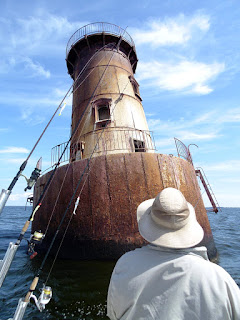 A close pass at Sharp's Island Lighthouse, the classically tilted lighthouse that guides the entrance of the Choptank River. 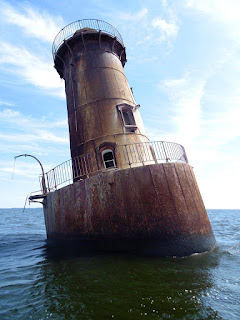 A better, unobstructed, view.
Posted by Fritz at 8:02 PM