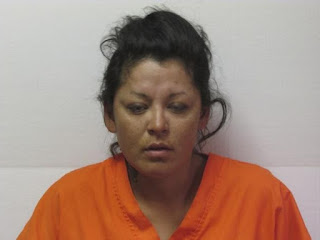 
Red Fawn Fallis is the Dakota Access Pipeline protester who, back in 2016, fired a handgun when three police officers tried to arrest her.

The charges against her were the most serious stemming from any conflict during the pipeline protest.

Today a judge sentenced Fallis to more than four years in prison.

Bismark Times reporter Jack Dura was on hand for the sentencing and reported the results on Twitter:


Breaking: US District of ND Chief Judge Daniel Hovland imposes 57 months in federal prison for Red Fawn Fallis, with 3 years supervised release and credit for time served but not while in halfway house when she violated pretrial release.
— Jack Dura (@JackFromNoDak) July 11, 2018 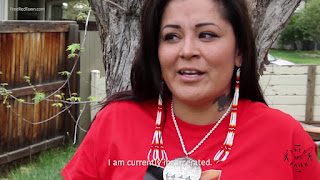 Fallis has been in custody since she was arrested in October 2016. She was initially charged with attempted murder but those charges were later dropped to clear the way for federal charges.

Some of her time was actually spent at a halfway house but that arrangement was rescinded after she failed to show up for an adult learning class she was scheduled to attend.

Today the judge who sentenced her said she would not get credit for time served at the halfway house because of her subsequent arrest.

This January, Fallis pleaded guilty to “civil disorder and gun possession by a convicted felon.”

Despite her plea, and despite the fact that she had a previous record, there are still lots of people on the left who consider her a martyr.

A change.org petition demanding that charges against her be dropped has over 20,000 signatures.

The petition claims “Fallis is innocent of the charges she is facing” but doesn’t spell out what those charges are or why she’s innocent.

You have an absolute right to protest, you should have a right to carry a gun, unless you're a convicted felon, or in a few rare places.  Brandishing and firing a gun during a protest is too far.
Posted by Fritz at 7:13 PM