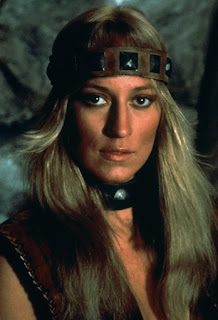 We're going back in time for this week's Rule 5 leading woman, Sandahl Bergman:


Sandahl Bergman (born November 14, 1951) is an American dancer, stuntwoman, and actress.Bergman was born in Kansas City, Missouri. She is six feet tall, but used to say 5'12" because "no girl should have to be six feet tall." She graduated from Shawnee Mission East High School in Prairie Village, Kansas.

In her 20s, she moved to New York City and appeared in a number of Broadway shows, catching the eye of choreographer Bob Fosse, who cast her as a replacement dancer in Pippin. She had a secondary lead in the stage version of the film Gigi in 1973, and later appeared in Mack & Mabel, and as Judy in the renowned "new New York cast" of A Chorus Line (when many of the original actors left the show in 1977). She was cast again by Fosse in his critically acclaimed 1978 dance concert/musical Dancin', which featured many of the top dancers on Broadway at the time. 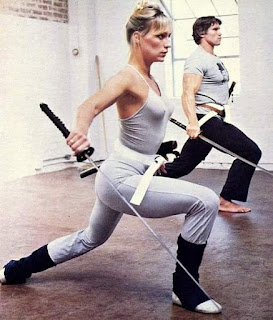 Her best-known role was playing Valeria opposite Arnold Schwarzenegger in the 1982 film Conan the Barbarian. She won the Golden Globe Award for New Star of the Year - Actress for her role in the film. Because no stunt women could be found to match her size, she learned to do all her own stunt work. She commented on the experience, "It was tough. I nearly lost a finger. Arnold smashed his head against a rock. But that was nothing compared to what the stunt men went through."

In 1985, she played a different character, Queen Gedren, in another Conanesque film, Red Sonja. She was offered the title role, but asked to play the villainess, instead. After that, she appeared in a series of low-budget films, such as 1987's Hell Comes to Frogtown. Her most recent work was in 2003, when at the age of 52, she appeared as a dancer in the film version of The Singing Detective. 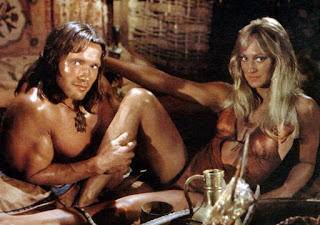 It was the 80s so there's some NSFW work along the way.

Linked at Pirate's Cove in the weekly "Sorta Blogless Sunday Pinup" and links. Wombat-socho was a day late with "Rule 5 Sunday: Crystal Hefner" and "FMJRA 2.0: Day Late & A Dollar Short With Astrix." 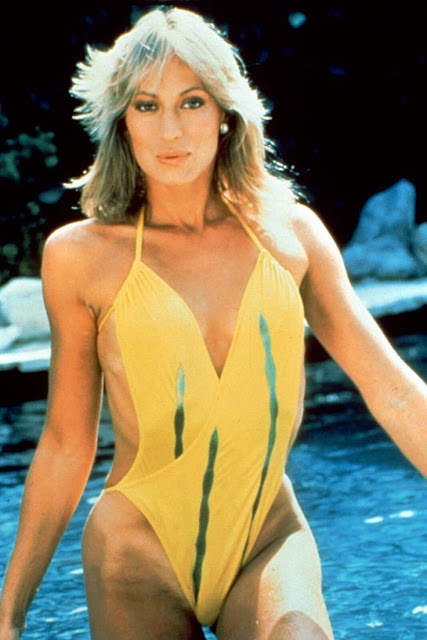 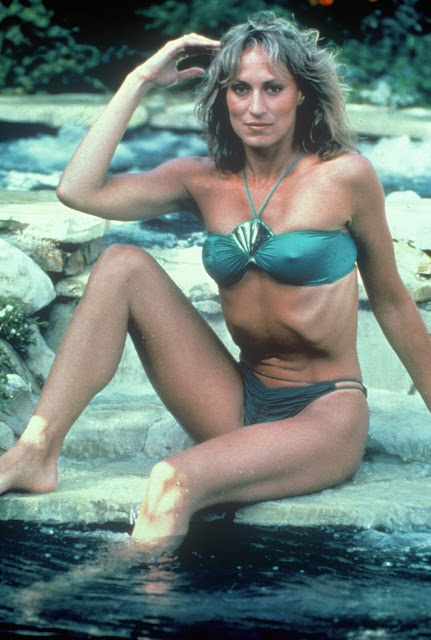 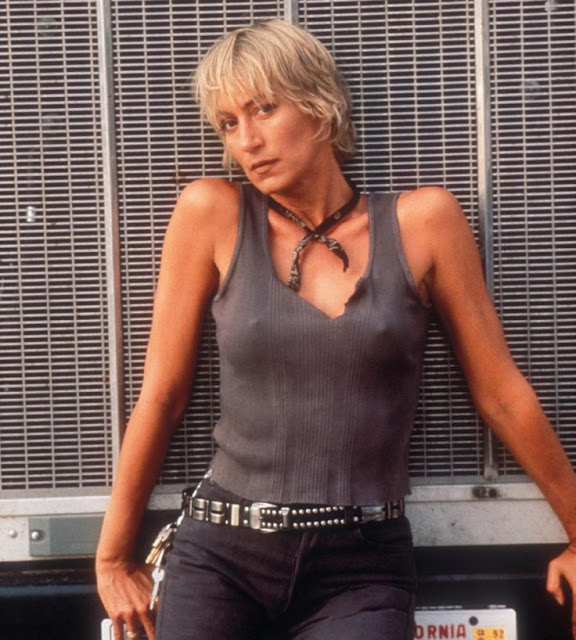 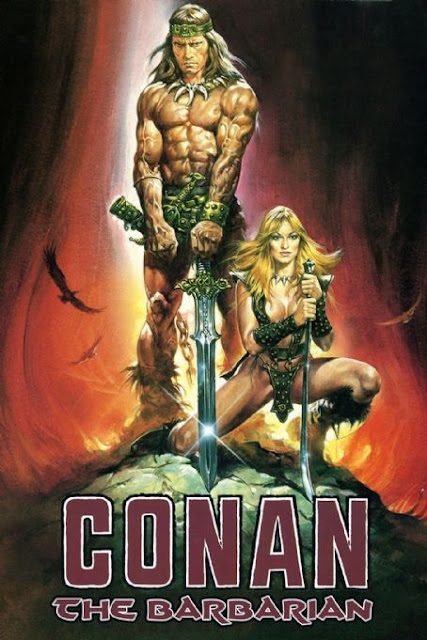 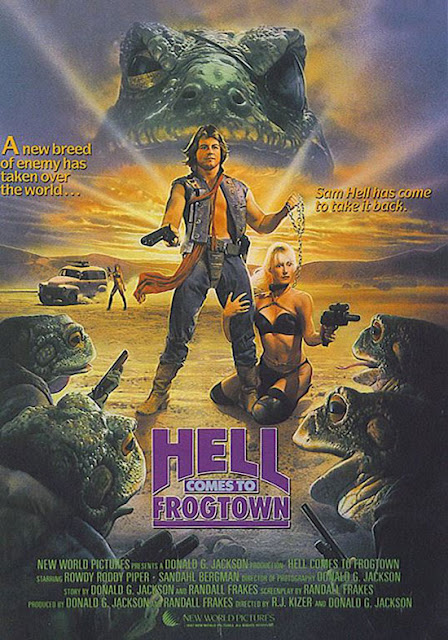 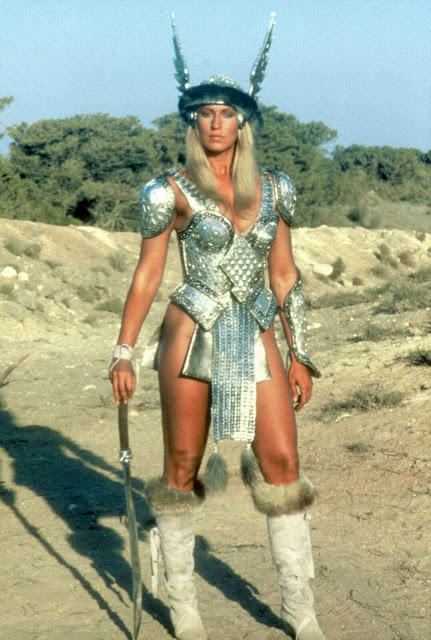 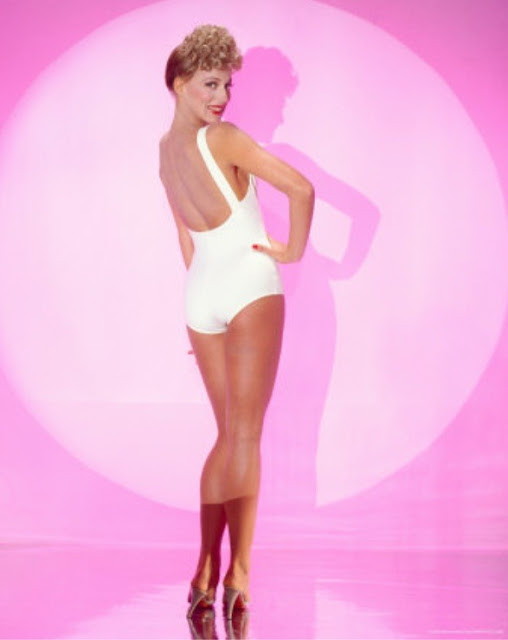 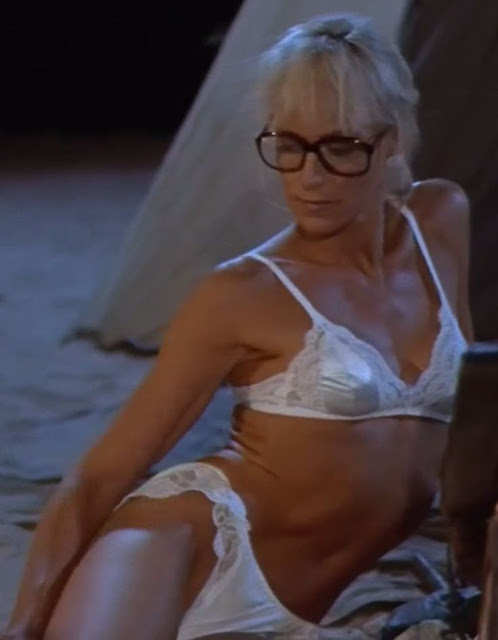 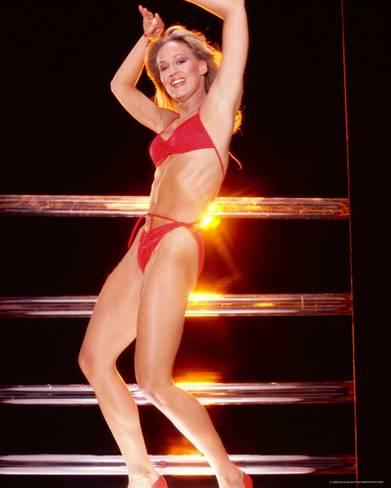 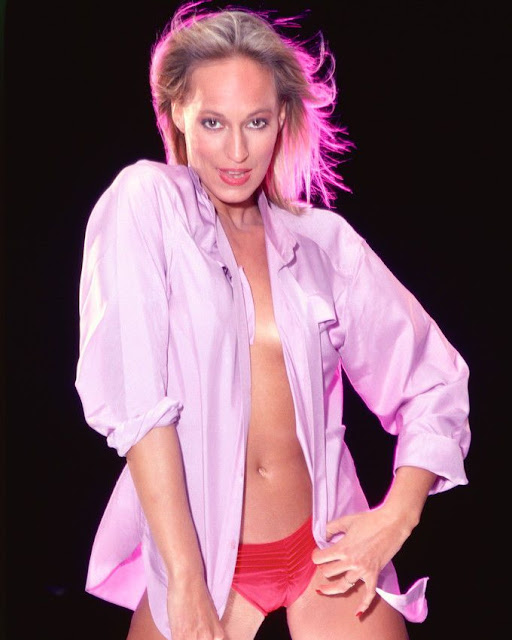 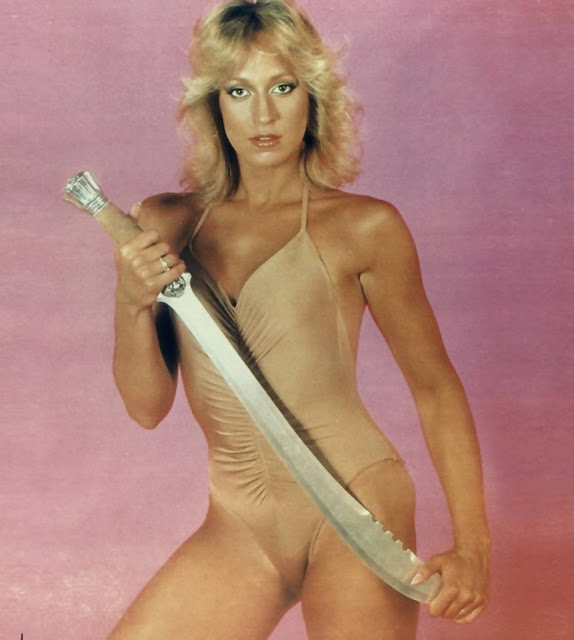 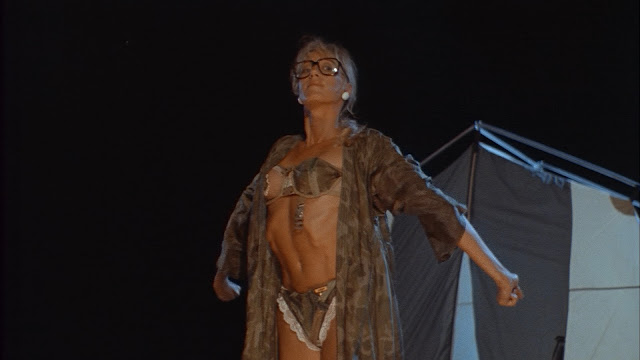 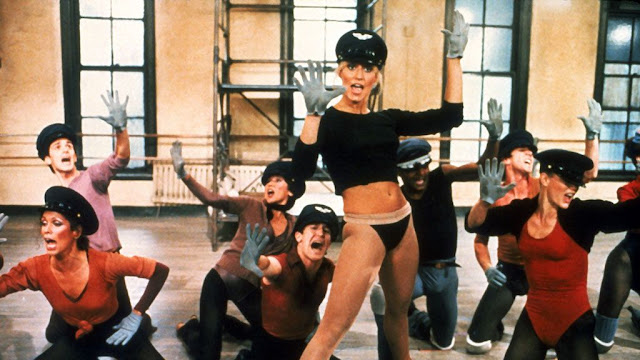 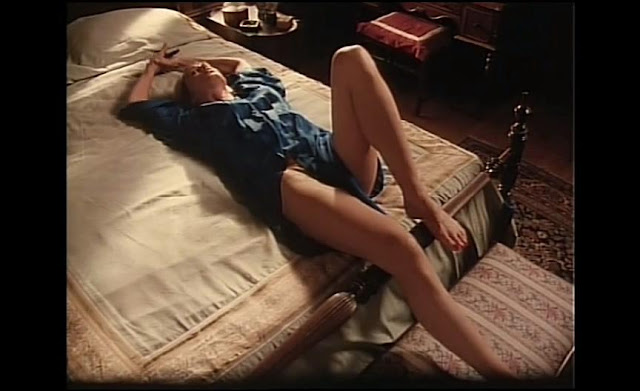