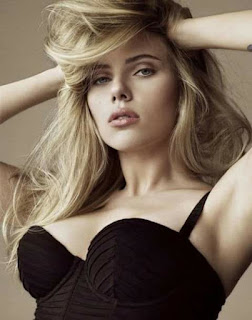 Scarlett Johansson has exited the drama film “Rub and Tug” a little more than a week after her casting sparked backlash amid trans groups and activists, a source with knowledge of the situation confirms to Variety.

“In light of recent ethical questions raised surrounding my casting as Dante Tex Gill, I have decided to respectfully withdraw my participation in the project,” Johansson told Out Magazine, which first reported the news, in a statement. “Our cultural understanding of transgender people continues to advance, and I’ve learned a lot from the community since making my first statement about my casting and realize it was insensitive. I have great admiration and love for the trans community and am grateful that the conversation regarding inclusivity in Hollywood continues. According to GLAAD, LGBTQ+ characters dropped 40% in 2017 from the previous year, with no representation of trans characters in any major studio release.” 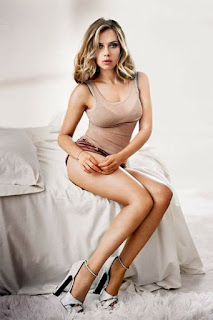 Given the fact that circa 0.3% of the population identifies as trans, and even allowing for "Hollyweird", it likely that the number of trans actor is very small, and the number of great trans actors is vanishingly small.


“While I would have loved the opportunity to bring Dante’s story and transition to life, I understand why many feel he should be portrayed by a transgender person, and I am thankful that this casting debate, albeit controversial, has sparked a larger conversation about diversity and representation in film,” the statement continues. “I believe that all artists should be considered equally and fairly. My production company, These Pictures, actively pursues projects that both entertain and push boundaries. We look forward to working with every community to bring these most poignant and important stories to audiences worldwide.” 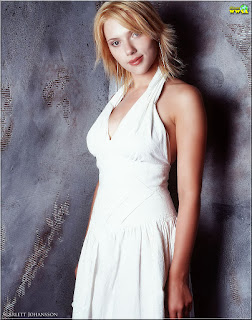 And then there's the fact that people like to watch actors and actresses they can identify with, and very few identify with the trans (what do you call them, actors or actresses?). And there is that sex appeal thing, and by and large, trans is a turnoff to 99.7% of the population. Sorry, but you're as disabled as a paraplegic on "Deadliest Catch."

New Regency won an auction for the movie on July 2, and it was set to be directed by Rupert Sanders, who previously worked with Johansson on “Ghost in the Shell.”

“Rub and Tug” focused on Dante “Tex” Gill, a crime kingpin who used his massage parlor as a front for prostitution in the ’70s and ’80s. Gill lived his life as a trans man, which led many on social media to wonder why a trans actor wasn’t tapped for the role. 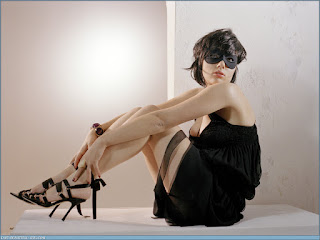 Because Scarjo and company bought the rights to the screenplay, and intended her to play it?


“Oh word?? So you can continue to play us but we can’t play y’all?” Trace Lysette, a transgender actress best known for appearing on Amazon’s “Transparent,” wrote on Twitter after the casting announcement. “Hollywood is so f—ed… I wouldn’t be as upset if I was getting in the same rooms as Jennifer Lawrence and Scarlett for cis roles, but we know that’s not the case. A mess.”
. . .
It’s currently unclear where production stands on “Rub and Tug” after Johansson’s exit. 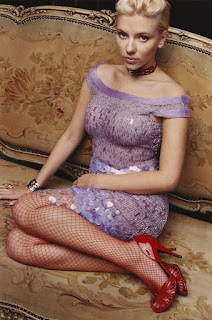 Hopefully it won't be done at all. Without Scarjo, the draw will certainly be far less. More at Althouse: Scarlett Johansson shrinks from criticism and backs out of playing the role of a transgender man. 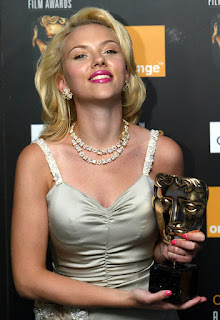 Why should that bother them; they should buy all the tickets themselves.


Quite aside from the goal of getting access to cisgender roles, there's the question whether there will be support and enthusiasm for movies about transgender characters if the actor isn't tasked with pretending to be transgender. There's no impressive stunt to perform. Maybe there will be more movies where some characters happen to be transgender without that needing to be the whole story. There could be an argument like what we've seen from black actors for many decades: It's wrong to limit us to stories about black people. Almost any role should be playable by a black actor.

In that light, Scarlett Johansson found herself in a position like that of the last white person cast to play Othello. Yes, there was a long tradition of eminent actors playing Othello, and maybe some day, black actors will get so many roles that it will be fine to have another white actor as Othello, but right now, we're in transition.

When will Hollywood wise up to the true cost of paying the Danegeld? I don't want to see Trace Lysette.  I want to see Scarlet.