It's getting so it's more about Michael Avenatti and Stormy Daniels than anything consequential. But to start off with Politico: Congress Should Stop Messing With Rod Rosenstein. Perhaps this old video needs a remake:


Now, though, Mueller has revealed why he believes the Manafort prosecution is related to the 2016 Trump campaign. It's a small part, a very small part, of the overall charges against Manafort. And it has nothing to do with any actions by the candidate – now the president – himself.
. . .
But Mueller did argue that the case has something to do with Trump. And this is it:
Most of the 32 counts against Manafort in the Virginia case concern alleged crimes that took place long before there was a Trump campaign. Some go back as far as 2006. But four of the counts involve a pair of loans Manafort took out between April 2016 and January 2017. For a few months during that time period, Manafort worked for the Trump campaign.

The loans totaled $16 million and came from a financial institution Mueller refers to as Lender D. According to Mueller, Manafort lied to get the loans, overstating his income and understating his debts. Mueller says that some workers at Lender D knew there was a problem with Manafort's application, but that one top executive there, a man who wanted a place in the Trump campaign, granted the loan anyway. From the Mueller filing:

"The government intends to present evidence that although various Lender D employees identified serious issues with the defendant's loan application, the senior executive at Lender D interceded in the process and approved the loan. During the loan application process, the senior executive expressed interest in working on the Trump campaign, told the defendant about his interest, and eventually secured a position advising the Trump campaign. The senior executive later expressed an interest in serving in the administration of President Trump, but did not secure such a position."

The lending company and the senior executive are not identified in the indictment, but the loans appear to fit an episode reported in the New York Times involving a small bank in Chicago, the Federal Savings Bank, and its chief executive, Stephen Calk, who was named an economic adviser to the Trump campaign in August 2016 but did not join the administration.

In May, the Wall Street Journal reported that Mueller is investigating whether the loans were "made as part of a quid pro quo arrangement to secure Mr. Calk a job in Mr. Trump's administration." Calk has denied any such arrangement.

Sounds like the banks problem to me, but since the banks are backstopped by the Feds I suppose they have an interest. Still, to have a special prosecutor looking into every bad bank loan?

Ashe Schowe for the Daily Wire: MSNBC Floats Conspiracy That Republicans Ignored Election-Meddling Concerns While In Russia. Cutting to the chase, it's #FakeNews. Or really, just lies.

Now that he's not getting anymore invitations to parties on the Vineyard Alan Dershowitz says Supreme Court could overturn Trump impeachment (Steven Nelson at the Washington Examiner). Wouldn't that be a trip?


Legal scholar Alan Dershowitz writes in a new book that the Supreme Court could intervene if President Trump is impeached, overturning a congressional vote to remove him from office for “collusion” with Russia during the 2016 election.

Even if public evidence of collusion were to emerge, the Harvard Law School professor emeritus writes in "The Case Against Impeaching Trump" that it would not be a crime, contending Trump could collude to let Russia retake Alaska without grounds for removal from office.

"It's not a crime to collude with a foreign government. Maybe it should be, but it's not," he told the Washington Examiner ahead of the book's Tuesday release.

Dershowitz argues in the book that collusion would be a "political sin" that doesn't meet the Constitution’s specification of “treason, bribery, or other high crimes and misdemeanors" for removal from office.

Judicial review might be triggered, he writes, because “this president (and perhaps others) might well refuse to leave office if Congress voted to impeach and remove him based on ‘offenses’ that were not among those enumerated in the Constitution."


Only the defendants named in a lawsuit filed by a former Playboy model against a top fundraiser for President Donald Trump and others are entitled to receive copies of the sealed case, a judge ruled Tuesday. Shera Bechard filed the lawsuit last week against the fundraiser, Elliott Broidy, her former attorney Keith Davidson, and Daniels' attorney Michael Avenatti.

Last spring, Broidy disclosed he and Bechard had an affair and he agreed to pay her $1.6 million as part of a confidentiality agreement. In requesting the seal, Bechard's attorneys cited a Wall Street Journal story that said Broidy had stopped making payments because Davidson had discussed details of the confidentiality agreement with Avenatti. A judge conditionally sealed the complaint for 20 days last Friday. 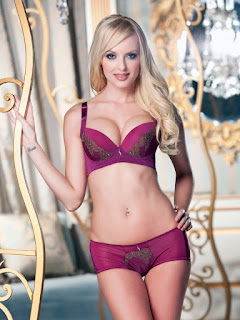 Avenatti said he was never served with the lawsuit and filed a motion asking Los Angeles County Superior Court Judge Ernest Hiroshige to compel Bechard's attorneys to provide him with a copy. Seven news organizations, including The Associated Press, also petitioned to unseal the lawsuit. The judge partially granted Avenatti's motion, but rejected the media requests, saying the original sealing order for 20 days was "reasonable." He said the lawsuit would be automatically unsealed after 20 days, unless any other requests are made seeking to keep it sealed.


The attorney Michael Avenatti stands just under six feet tall, with blatant blue eyes and thinning hair he shaves down to stubble, exposing the crumpled vein at his left temple. Before February, when he agreed to represent Stephanie Clifford — the pornographic film performer better known as Stormy Daniels — in her legal battle with the president of the United States, Avenatti was in the best shape of his life: 185 pounds, 9 percent body fat. The ever-expanding pressures of the case have meant less time at the gym, and in recent months he has lost some muscle weight. But his cheeks and chin remain Cubist in their geometry, and in motion, head lowered and shoulders hunched, he still has the bearing of a light-heavyweight brawler. 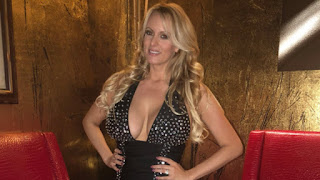 Breitbart: Stormy Daniels Strips in Texas, No Sign of Visit to Border Children. Lucky them.


Despite pledging last month to visit immigrant children housed at the border, signs of Stormy Daniels’ trip have yet to emerge. Instead, the adult film star was spotted shaking her money maker at a South Texas strip club in front of curious onlookers.

I am headed down in a week. Don't worry. Just figuring out my best course of action to maximize my resources. https://t.co/kT64pWZ4QN
— Stormy Daniels (@StormyDaniels) June 21, 2018 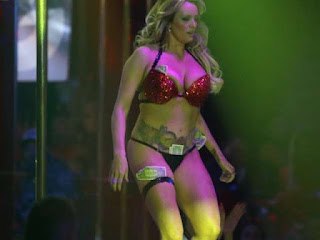 Wombat-socho has "Rule 5 Sunday: The Bikini Invitational" and "FMJRA 2.0: Strange Man, Changed Man" ready and waiting.
Posted by Fritz at 8:41 AM