. . . You go to war with the army you’ve got, and you have to fight the fight you’re in, rather than bemoaning the tactical situation. Despite the “establishment” nature of Trump’s choice — Kavanaugh is a former clerk of Justice Kennedy, and we are unlikely to be blindsided with any shocking revelations in his confirmation hearings — the liberal media are ginning up their predictable demonization campaign.

“Brett Kavanaugh, Trump’s Supreme Court Pick, Is Probably the End of Abortion Rights and Same-Sex Marriage,” the Daily Beast declares, labeling the nominee “a hard-core conservative” to whom they attribute opinions perhaps as extreme as my own. The Daily Beast story is nothing but liberal clickbait, of course — political pornography, irresistible to the typical MSNBC viewer who has been in a helpless condition of Fear and Loathing ever since Nov. 8, 2016. This kind of fear-mongering clickbait is entirely speculative, based on the writer’s creative guesswork about how Kavanaugh (and at least four other justices) would rule on imaginary cases that do not yet actually exist, but which might theoretically be appealed to the nation’s highest court in the future, thereby resulting in the reversal of previous rulings. . .

Abortion is not one of my issues; but if a majority of the justices decide that Roe v Wade was wrongly decided, and throw it back to the states, it wouldn't hurt my feelings at all. Too bad if people from Wyoming would have to travel to New York for an abortion.


After President Trump announced Brett Kavanaugh as his nominee to the Supreme Court on Monday, Democrats and the media (but I repeat myself) spent all day Tuesday engaged in a competition to demonize Kavanaugh. If you believe what Democrats tell you, Kavanaugh is the most extreme extremist in the history of extremism. How extreme is he? Extremely extreme! He’s not just a right-winger, he’s “far-right.” How far? Extremely far! He’s so extremely far right as to “threaten the lives of millions of Americans for decades,” to quote Clinton crony and former Virginia Gov. Terry McAuliffe. (Hat-tip: Hogewash.)

The reader who isn’t tuned into the CNN/MSNBC/Democrat hysteria may wonder, how does a federal judge threaten millions of lives? On MSNBC’s Morning Joe, Chuck Schumer said: “I will oppose this nomination with everything I’ve got. . . . This man should not be on the bench. . . . I believe he is far, far right on so many issues.” Schumer repeatedly asserted that the Kavanaugh nomination is somehow a threat to ObamaCare. Exactly how the Supreme Court affects healthcare legislation, Schumer didn’t specify, but he said that coverage for “pre-existing conditions,” which he described as “very popular” with the Democrat Party’s base, would be jeopardized if Kavanaugh is confirmed.

Because I don’t pay much attention to the paranoid fears of Democrats, it’s possible that Schumer is actually right about this. For all I know, there are cases pending in lower courts challenging elements of the Affordable Care Act (ACA) which Democrats rammed through Congress on a party-line vote just a few months before they lost their majority in the 2010 midterm elections. The ACA’s mandate of coverage for “pre-existing conditions” was one of the worst job-killers in the bill. Requiring employers to provide insurance that covered whatever health problems the employee might have had before being hired meant that a lot of people simply couldn’t get hired, and this measure also sent health insurance rates skyrocketing, as insurers sought to compensate for the (often very expensive) treatments they were now required to cover.

One reason the economy started booming — and unemployment started declining — as soon as Trump was elected was that he promised to repeal ObamaCare and, by executive action, was able to limit the job-killing impact of this badly constructed legislation. If somehow the Supreme Court could render the entirety of ObamaCare null and void, good, although as I say, I’m not aware that this is likely, or even possible.

and Democrats Use Kavanaugh Nomination in Congressional Fundraising Efforts of course. I would expect them to.


Senators Kirsten Gillibrand and Bernie Sanders were there to egg on the "volatile," "threatening" crowd. 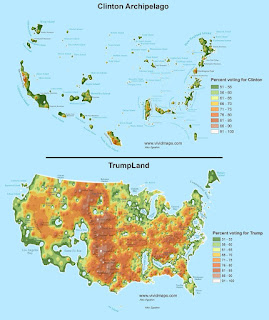 You know, Trump voters occupy a majority of the country, including many of the nicest places. If, after sufficient provocation, we decide that Democrat politicians and their prominent supporters are unwelcome outside the Hillary's Archipelago, I don't think their going to approve of the new rules they just instituted.


Episode 15,306 of Washington, D.C.'s longest-running hit series, Fake News, features an NBC reporter and -- get this -- an anonymous source!

I bet you can't wait to find out what happens.

Twitter sage @Redsteeze memorialized the initial shady allegations of wrongdoing: that the White House had a secret deal with retiring Justice Anthony Kennedy to nominate Brett Kavanaugh. This story spread like wildfire on Twitter.

Then, the walk-back came:

I’ve deleted this tweet because it incorrectly implies a transactional nature in Kennedy’s replacement. I am told by a source who was not directly part of the talks that Kennedy provided Pres. Trump/ WH a list of acceptable replacements. (1/2) pic.twitter.com/ptxJmrbH9S
— Leigh Ann Caldwell (@LACaldwellDC) July 10, 2018


This, of course, we too late, and by then was picked up by some of the usual suspects: Alyssa Milano, Debra Messing missing reporter’s ‘important clarification’ that his story was bogus

The fucking corruption is endless.

And I won’t let my daughter’s reproductive rights be negotiated away by corruption. https://t.co/Breaqnfyuk
— Alyssa Milano (@Alyssa_Milano) July 10, 2018

If this is true, our SUPREME COURT has been bought and sold. Independence is a thing of the past. I wish there was an emoji that is a flag at half mast. https://t.co/VzNiOWEnC6
— Debra Messing (@DebraMessing) July 10, 2018


Kavanaugh Visits Capitol Hill as Durbin Predicts ‘Wild West D.C.’ If Confirmed. “Senate Dems vow to ‘look into what went on and what assurances were made that brought this name to the top of the list’.”

Colbert: 'I Don't Know Much' About Kavanaugh, But His First Name 'Sounds More Like A Waiter at Ruby Tuesday' https://t.co/rfbUT6oh8t pic.twitter.com/mvklOVjZY2
— Mediaite (@Mediaite) July 11, 2018


Don't you love how these clowns want to jail people who don't do exactly as they dictate yet spit out charges of fascism against conservatives at every turn?


“Well then how come Mitch McConnell is not in jail?” Joy Behar interrupted. “That’s what I want to know.”
“You want to put everybody in jail,” Dershowitz responded.
“I want to put him in jail,” Behar said.
Dershowitz had a simple answer, “I’m against putting people in jail unless they’ve actually committed crimes. I know that’s a radical position.”