Your Acquiescence is Mandatory 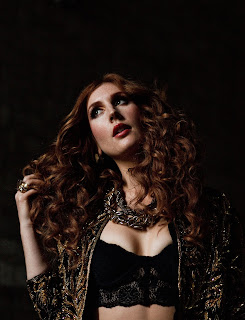 At least in Canada, where the concept of free speech is less than fully enshrined in their constitution. The Canadian Menace: Facebook Censors Critics of CBC’s Homosexual Propaganda


Jessi Cruickshank is a personality on the Canadian government’s official propaganda channel, the CBC, which promotes homosexuality. On June 1, Ms. Cruickshank hosted a number of young children on her CBC program, encouraging them to celebrate homosexuality. Robert Gagnon of the Federalist describes this bizarre Canadian propaganda:


Jessi Cruikshank sits at a table with a garland of rainbow balloons, providing lead-in questions to two girls and two boys, who seem to be ages five to eight. The purpose of the video is simple: to proselytize for support of “Gay Pride Month.”
Cruikshank started by proclaiming, “Happy pride, everybody!” and asked, “Who knows what ‘gay pride’ means?” After getting an answer she gushed with glee: “It’s a celebration of sexual diversity!” Then she enlisted them in the “LGBTQ” cause by telling them: “So I’m not gay, but I’m a gay ally.” As an authority figure, she coaxed them to join her, asking, “Are you gay allies?” Subtext: You better be, if you know what is good for you.
Not being entirely corrupted at such a tender age, one girl thought that Cruikshank was referring to the game of Hide and Go Seek (bless her innocent heart) when asked, “What does it mean to come out of the closet?” Cruikshank pressed on: “What do you think about gay marriage?” “Do you think it would be cool to have two moms?” “What would it be like to have two dads?” Cruikshank worked to foster a view of “advantages” to same-sex parents. 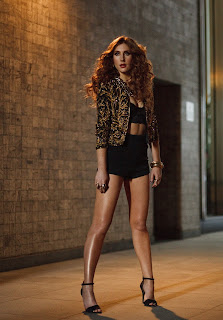 Cruikshank launched into a litany of “gay celebrities” or “gay icons,” most of whom the children did not know. When a girl asked who Jodie Foster is, Cruikshank outdid even herself: “Jody Foster is a woman and she made me question my sexuality when I was a child because I liked her so much. And she was nude in a film ‘Nell,’ not that I remember watching several times as a child.”
How creepy is that? One of the two little girls answered with an awkward “Wow,” accompanied by an eyeroll, as if to say, “I didn’t need to hear that.” She didn’t. Cruikshank then summed up for the children: “Remember: What are we to the gay community?” She was expecting to hear “gay allies,” but some in their confusion responded, “Gay icons.” To this Cruikshank added: “Everybody should grow up and aspire to be a gay icon.”
Throughout the presentation, Cruikshank fulfilled the Orwellian role of reinforcing “correct” responses with: “Great answer!” “Makes sense.” “Right!” There was one and only one right response to the presentation: Complete, unequivocal agreement with “LGBTQ” ideology. 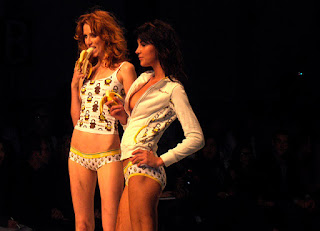 
This video of Ms. Cruickshank promoting homosexuality to children was posted to Facebook, and Facebook censored Gagnon’s criticism:


On June 14 at 1:09 PM I learned that Facebook blocked me for 24 hours because of my alleged “hate speech.” . . . I was directed to the “community standards” that prohibited “a direct attack on people based on what we call protected characteristics — . . . sexual orientation . . . gender identity.” . . .
My posting on this video was straightforward:


This clip is about celebrating sexual perversity, not ‘sexual diversity.’ Brought to you by the Canadian Broadcasting Corporation, the Canadian equivalent to our PBS, paid for by tax dollars. No indoctrination or recruitment going on here (or on PBS), right? Any resemblance to Orwell’s Big Brother (or Kim Jong-un) is purely coincidental? It is a measure of how corrupt things have become that this woman is not vilified throughout Canada and legislators are not threatening to remove funding from the CBC. By the end the woman is talking to little children about Jody Foster helping her to question her own sexuality as a child and about Foster’s nudity in a film. 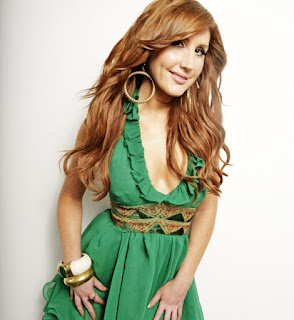 I consider my post a reasonable response to corrupt indoctrination of children. It is certainly a stance in line with my religious beliefs. Associating “sexual perversity” with “sexual diversity” is consistent with the Christian stance on homosexual practice as “abhorrent” and intrinsically self-“dishonoring” activity (Leviticus 18:22; 20:13; Romans 1:24-27). . . .
Facebook violated its own community standards by attacking my “protected characteristic” of “religious affiliation”: treating a central belief and practice of historic Christian faith as “hate speech.” Facebook members can say virtually anything about Christians who uphold a male-female foundation for sexual ethics, without fear of “Facebook jail.” But I can’t do the same thing from my own religious perspective.
(Hat-tip: Jeanette Runyon on Twitter.)

It should not be necessary to say — and I think every intelligent person can see — that there is a vast difference between (a) encouraging an attitude of tolerance, civility and kindness toward others, and (b) advocating sexually deviant behaviors to impressionable children.

US consumers, and our politicians must also be careful not to allow Facebook to decide what will be censored and what will not, because we know that it will not be even-handed. Facebook: The Declaration Of Independence ‘Goes Against Our Standards On Hate Speech’

Wombat-socho was a day late with "Rule 5 Sunday: Crystal Hefner" and "FMJRA 2.0: Day Late & A Dollar Short With Astrix."
Posted by Fritz at 7:11 PM