A couple of weeks ago, we had the opening salvo in Down Under Damsel Finds Out About Sharks the Hard Way when Melissa Bruenning was attacked by a Nurse Shark while swimming with them in Australia; now this week, another attack! Instagram model attacked by shark while posing for photos. 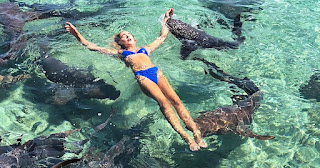 An Instagram model from California had a “Jaws”-worthy moment in the Bahamas, where she was bitten by a shark and dragged underwater after deciding to swim with the predators, according to reports.

Katarina Zarutskie, 19, was vacationing in the Exuma islands with her boyfriend and his family when she heard from locals that swimming with nurse sharks was fun and safe, NBC News reported. 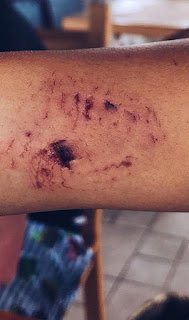 As we've seen in the previous attack, Nurse Sharks aren't commonly aggressive, and have many small sharp teeth not well suited for tearing away huge chunks of flesh like some of the better known man-eating sharks. But any shark may decide to take a trial bite to see if something is suitable food.


“My boyfriend’s family was freaking out when I went to swim with the sharks and I was like, ‘It’s fine,'” Zarutskie, a nursing student at the University of Miami, told the news outlet.

She said that after a few minutes posing, someone on the pier encouraged her to lie back and float in the water.
“At this point people were starting to take photos and right as I lay back,” Zarutskie said, according to the BBC.

Her beau’s dad, who was snapping pictures, captured the frightening moment the 5-foot-long shark decided to give her a taste. 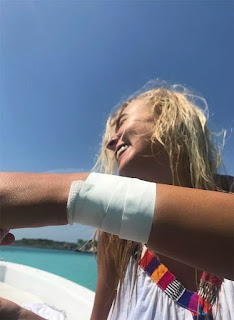 
“He had my wrist in his mouth and I could feel his teeth sinking into my arm,” Zarutskie told NBC News. “I was pulled underwater for a few seconds and then ripped my wrist out of the shark’s mouth as fast as I could.”
The photographs show her covering her wound and raising her arm in an effort to stop the blood spreading in the water.

“At that point your body has so much adrenaline going and you just have to get out of the situation, but I stayed extremely calm,” she said, the BBC reported.

“I think if someone was screaming and flailing around it definitely could have changed the situation,” she added. Zarutskie swam to some steps and scampered out of the ocean to get stitched up. 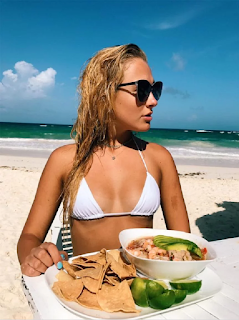 Are we getting ready for the next Sharknado?


She was given antibiotics but decided to fly back to Florida the next day for further treatment.

“[The doctors] now believe that I still have pieces of the shark teeth in my arm and I will forever have a scar,” Zarutskie told NBC News, adding that she is worried the injury will affect her modeling career.

Just part of the game.

Clearly not the chivalrous man-eating shark of song:

Linked at Pirate's Cove in the weekly "Sorta Blogless Sunday Pinup" and links. Wombat-socho has "Rule 5 Sunday: The Bikini Invitational" ready and waiting. 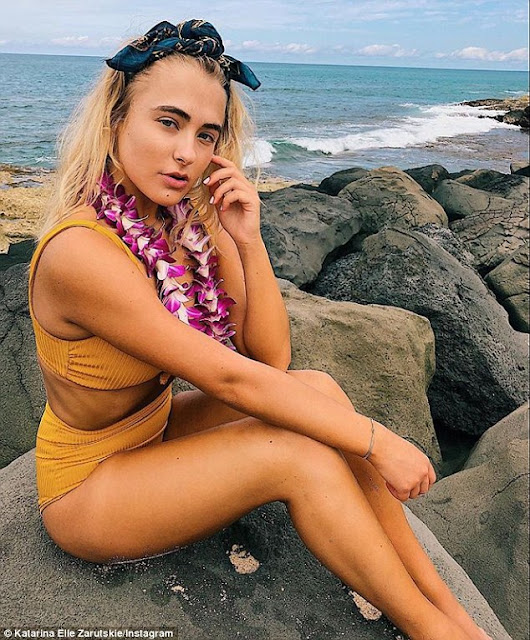 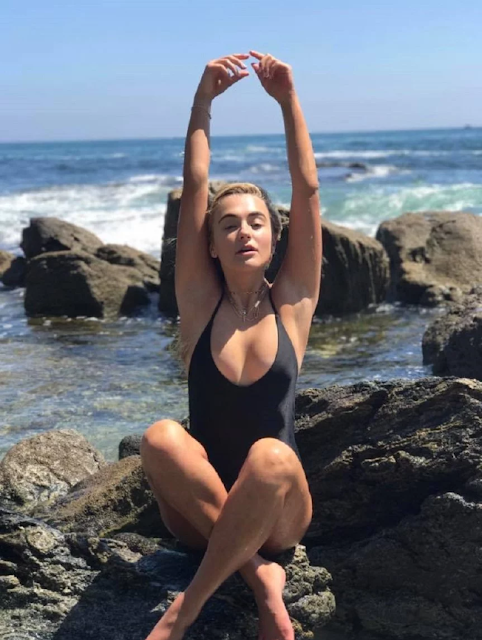 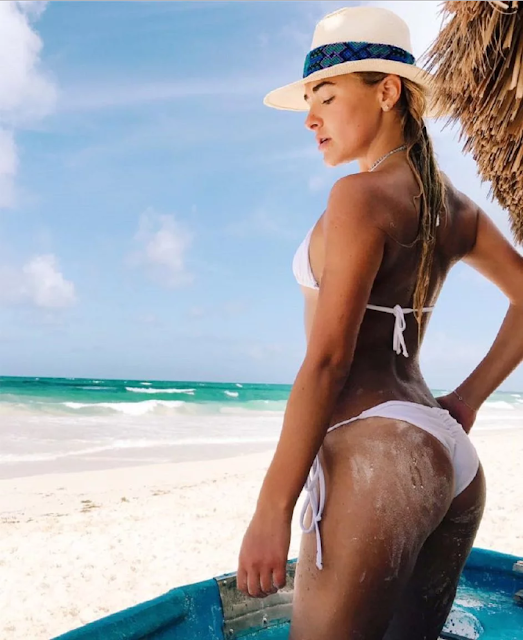 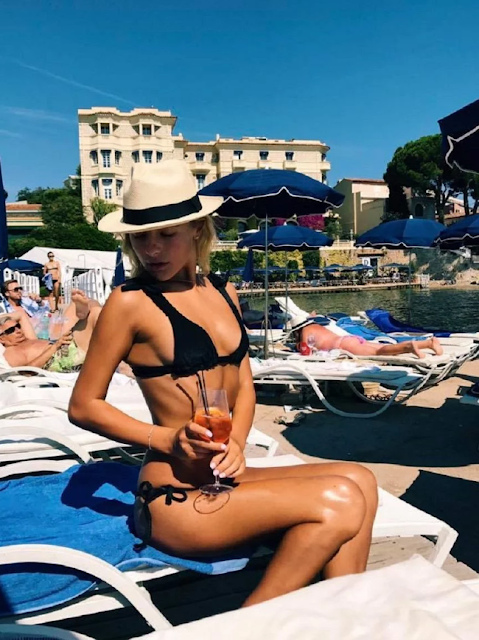 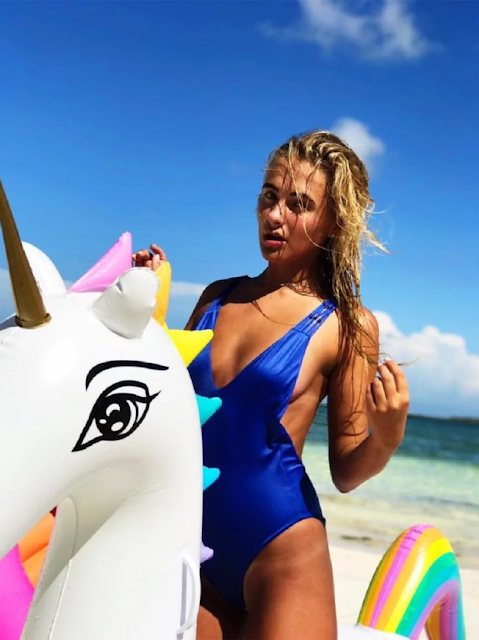 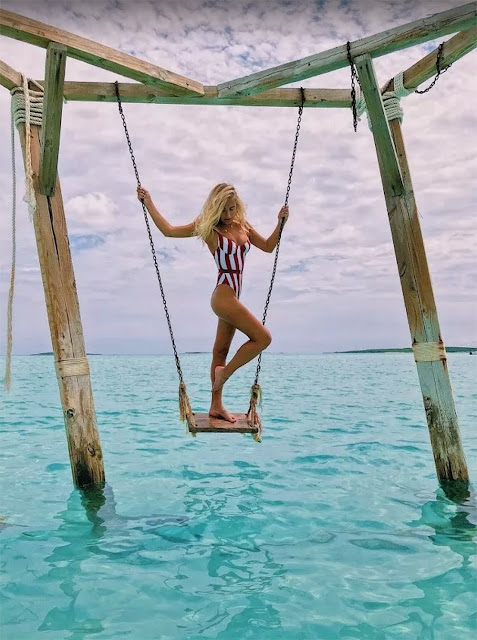 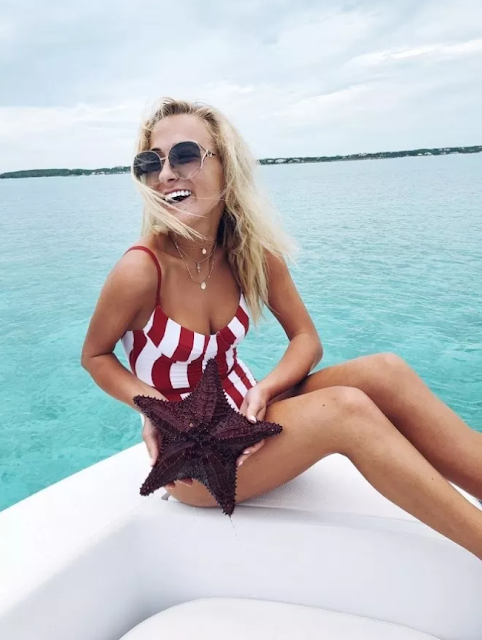 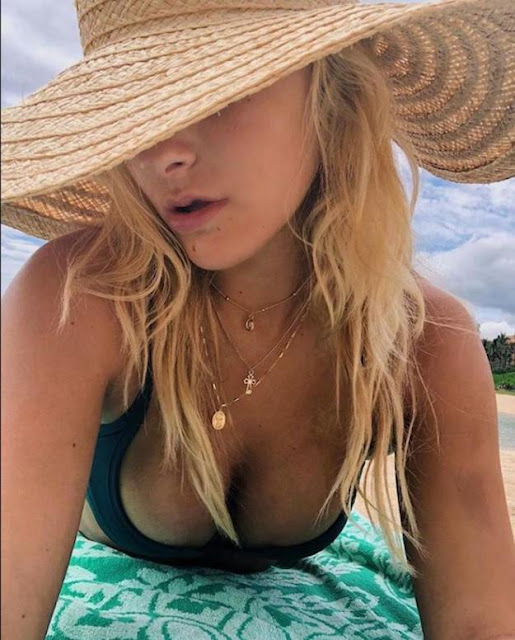 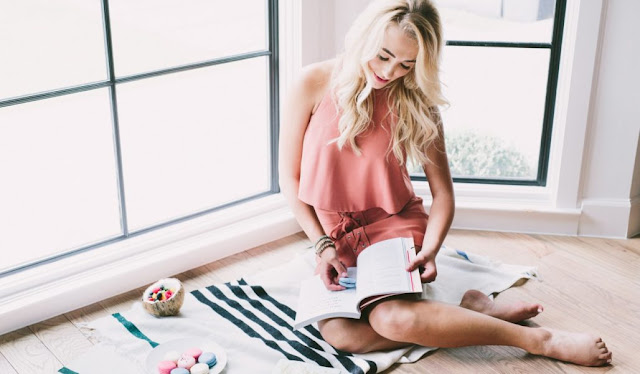 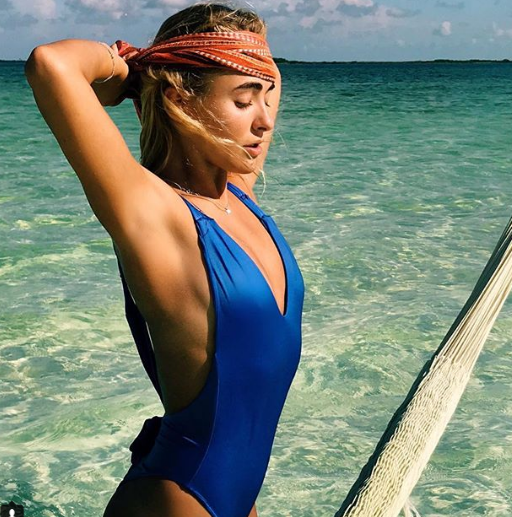 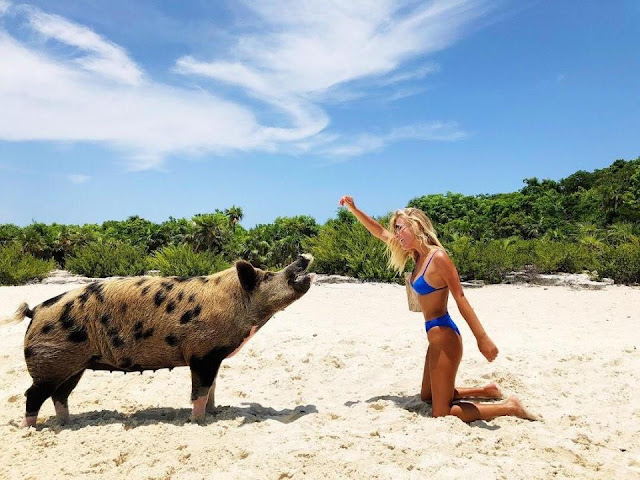