Russiagate in the Kavanaugh Era

The news cycle was so completely dominated by the lead up to and announcement of the "very confirmable" Brett Kavanaugh's nomination to be Supreme Court justice that they hardly squeezed in any room for Russiagate. But one good thing we have too look forward to in the near future are the leaks from Lisa Page's closed door testimony to the House: Former FBI lawyer Lisa Page subpoenaed by House panel for private interview (Benjamin Siegel, ABC). 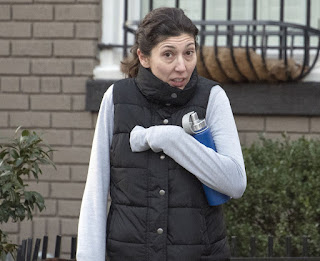 The House Judiciary Committee has issued a subpoena for Lisa Page, the former FBI lawyer who exchanged text messages with FBI agent Peter Strzok critical of then-presidential candidate Donald Trump, to appear on Capitol Hill for a closed-door interview Wednesday morning, according to congressional officials familiar with the subpoena.

Republicans on the committees have raised concerns about political bias at the FBI and Justice Department regarding the handling of the Hillary Clinton email investigation and the Trump-Russia probe during the 2016 presidential campaign, pointing to the text messages between Page and Strzok - who according to the report, were having an extramarital affair - as evidence of anti-Trump bias.

Page's attorney Amy Jeffress said they have been "working with the Committee staff to arrange Lisa's voluntary appearance," suggesting her client needs more time to prepare for an interview.

"We asked the Committee staff to explain the scope of the investigation and provide sufficient notice that would allow her to prepare, which are normal conditions for congressional committees, but these committees have not followed the normal process," Jeffress said in a statement. "The FBI has agreed to provide Lisa with her notes and other documents to allow her to prepare, but they have not provided those documents to date, so we are still waiting to work out a reasonable date for her interview."

"Lisa has cooperated voluntarily with another congressional committee that had no objection to explaining the scope of its investigation or providing sufficient notice for her interview. Lisa also cooperated fully with the OIG investigation and appeared voluntarily for multiple interviews, including after she left the FBI,” Jeffress added.

I look forward to her open grilling by Trey Gowdy even more.

From Wombat-socho's "In The Mailbox: 07.09.18", and Weasel Zippers we hear that Ex-Sailor Pardoned By Trump Sues Obama & Comey For Failure To Prosecute Hillary For Same Offense


In his federal lawsuit, filed in Albany, N.Y., Kristian Saucier alleges that the U.S. government was overzealous in prosecuting him mishandling classified information, while going easy on former Secretary of State Hillary Clinton for more serious violations of the same law.

Saucier told Fox News he was scapegoated by Obama officials who found themselves under fire for not aggressively responding to Clinton’s handling of classified information through her private email servers. “I could have just taken the pardon by President Trump and gone on with my life,” Saucier said to Fox News, adding that he feels an obligation to get to the truth of what he sees as a double standard that let Clinton get off scot-free.

“The U.S. Constitution clearly states that all citizens are born with inalienable rights to be free from persecution by the government,” Saucier said. “My conviction and subsequent sentence for a minor military infraction compared to the treatment of politically connected individuals is a glaring example of a violation of the rights of all Americans to have equal protection under the law.”

This probably won't go anywhere, but I wish him luck. As for Michael Cohen, not so much: Emily Jane Fox at Vanity Fair: “Why Am I Going to Continue to Be Silent?”: Michael Cohen Is Ready to Kick Off the Lanny Davis Era

Did @rudygiuliani really say on Sunday shows that @michaelcohen212 should cooperate with prosecutors and tell the truth? Seriously? Is that Trump and Giuliani definition of “truth”? Trump/Giuliani next to the word “truth” = oxymoron. Stay tuned. #thetruthmatters
— Lanny Davis (@LannyDavis) July 9, 2018


Sounds like a blackmail threat to me. And in only Russiagate by contamination, Da Caller: Former Wrestling Coaches Come Out In Support Of Jim Jordan, in 30 year old charges that he turned a blind eye to sexual abuse of student athletes by the team doctor, made after he started make trouble for democrats on Russiagate


Six former Ohio State University wrestling coaches are offering support for Ohio Rep. Jim Jordan, the Republican lawmaker accused of turning a blind eye to a university physician accused of sexual misconduct against athletes during the 1980s and 1990s.

“What has been said about Jim Jordan is absolutely wrong,” reads a joint statement signed by former OSU head coach Russ Hellickson and five assistant coaches.

“We all worked on the wrestling coaching staff during Jim’s tenure at The Ohio State University. None of us saw or heard of abuse of OSU wrestlers. The well-being of student-athletes was all of our concern. If we had heard of any abuse, we would have spoken up,” continues the statement, which was released through a public relations firm. 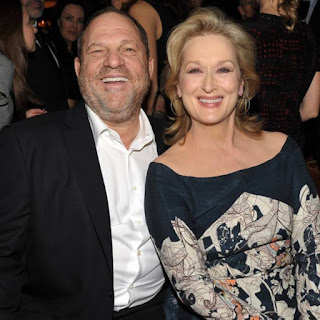 Dov Fischer at The American Spectator asks Have Jordan Accusers Reported Abuse at Their Work Places?

Meryl Streep publicly praised Harvey Weinstein as “god.” She did not know? And the clapping seals loved it, cheering and gleefully giggling at the Academy Awards. 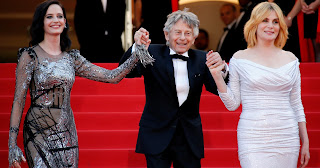 Streep jumped to her feet, applauding Roman Polanski at the Academy Awards ceremony. She did not know he was a convicted child rapist? His very name elicited long and overwhelming standing applause, even from the guy at whose home the rape took place. Everyone stood and cheered — the same sorts who a few years later would stand and cheer Robert De Niro for cursing the duly elected President of the United States. They did not know they were standing and cheering for a child rapist?

Ashley Judd, who enjoys historical significance as the first American whose mind has landed in a planet outside our known galaxy, detoured completely into an alternate zone of reality after President Trump’s election. But, while insanely trying to associate the President with incestual inclinations, never had the courage to tell the women of Hollywood about Harvey Weinstein. And she knew. She could have spoken out years earlier and spared other victims. But she was a coward. And she knew. 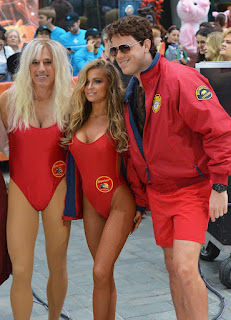 Where were all the heroes and moralists and keepers of the public standards when the abusers were right under their well-sculpted-and-reshaped noses at their places of work, and they turned the other way for years and years to preserve their positions, get cast for movie parts, while holding their silence? And now they want to tackle Congressman Jim Jordan on the eve of his subpoenaing Rod Rosenstein or others at the Department of Justice because, thirty years ago, maybe he heard a rumor that he did not report in a different time, a different era? And he did not know. . . .

Wombat-socho has "Rule 5 Sunday: The Bikini Invitational" and "FMJRA 2.0: Strange Man, Changed Man" ready and waiting.
Posted by Fritz at 9:32 AM