Is This a Great Country or What?

After this afternoon's beach walk, a near duplicate of yesterday's except that Georgia came too, and the tooth hunting wasn't nearly as good (only 55 teeth between us), we came home and cooled off a while before going to the pot luck at the marina, where we had hot dogs, hamburgers, and a great selection of salads and desserts, we walked down to the beach, and waited for the customary fireworks show. Totally unsolicited, a bunch of different people buy them and shoot them off over the beach all without the regulation and permission from the government, and most of the community comes down to watch: 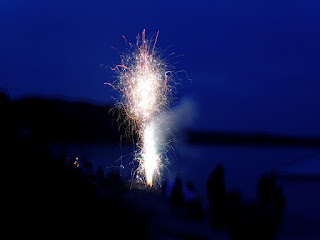 There were big candles from the ground 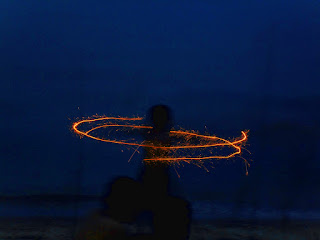 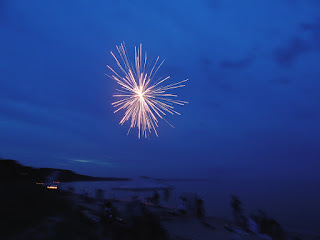 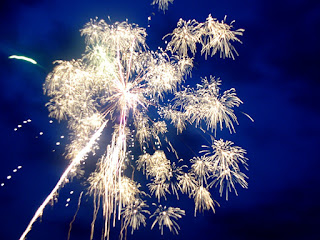 There were at least 3 groups of people with large collections nearby, and many more displays could be seen up and down the coast, and even on the eastern shore. 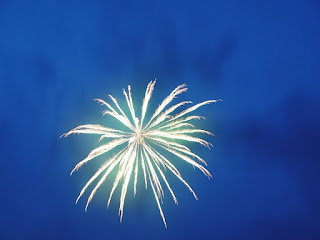