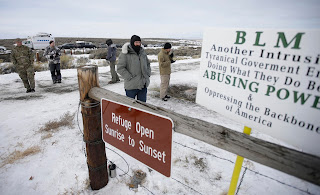 
They're not actually the Bundys. They're the ranchers whose fire inadvertently sparked a fire on federal lands, and who were then, bizarrely, prosecuted as terrorists.


The Oregon ranchers whose conviction for arson became the catalyst for 40 days of protests at the Malheur National Wildlife Refuge in 2016 were pardoned by Donald Trump today.
Dwight Hammond, 76, and his son Steven Hammond, 49 were convicted in 2012 of setting a fire on their own property that then spread to federal land. The Hammonds disavowed the protesters at the wildlife refuge where Robert LaVoy Finicum, one of the occupiers, was slain by federal authorities. 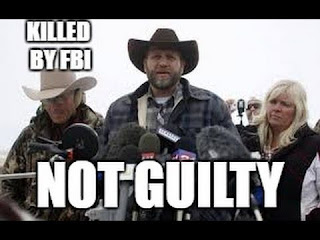 
Both men are currently in prison on five-year sentences, thanks in part to a 1996 antiterrorism law that imposed a mandatory minimum sentence on certain crimes on federal land. The length of their prison terms, in part, fueled outrage at their convictions.
Federal Judge Michael Robert Hogan originally gave the Hammonds reduced sentences in 2012, arguing that the mandatory minimums were unjust. But the Obama administration appealed, and federal Judge Ann Aiken in 2015 imposed the full five-year sentences.
"This was unjust," Sanders said in her statement. Dwight Hammond has served about three years of his sentence and Steven Hammond has served about four of his. Trump's pardon will set them free.

Cue the conspiracy theories from the left and the NeverTrumpers. 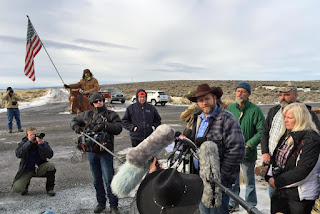 The problems all stem from the Federal governments decision to try them under a federal terrorism statute when a brush fire they set on their own property went out of control and spread to adjacent federal lands. They could have been charged under much less stringent laws (you know, that prosecutorial discretion that Hillary benefits from) , but the government had been trying to force them to give up their ranch so it could incorporated into the Malheur Wildlife Refuge for a long time, and putting them in jail for a long time seemed to be a good way to bankrupt them and force them to sell the land to the feds. The Hammonds were not involved in the Bundy protests, and actually discouraged them.