Still muddling along sharing Georgia's laptop, so it's hard to do the poking around and storage necessary for a full edition, but I'll try to hit the highlights:


In the latest bombshell from Congress’ probe into what’s looking more and more like an FBI whitewash (or coverup) of criminal behavior by the Democratic nominee and her aides, the Denver-based tech who destroyed subpoenaed emails from Clinton’s server allegedly lied to FBI agents after he got an immunity deal.

That’s normally a felony. As a federal prosecutor, Comey tossed Martha Stewart in jail for it and helped convict Scooter Libby for it as well. Yet the key Clinton witness still maintained his protection from criminal prosecution.

With Comey’s blessing, Obama prosecutors cut the deal with the email administrator, Paul Combetta, in 2015 in exchange for his full cooperation and honest testimony. But the House Judiciary Committee revealed Wednesday that he falsely told agents in a Feb. 18 interview that he had no knowledge that emails he bleached from the server were under congressional orders to be preserved as evidence.

In a second interview on May 3, Combetta admitted he in fact did know. But he still refused to reveal what he discussed with Clinton’s former aides and lawyer during a 2014 conference call about deleting the emails.

Instead of asking Attorney General Loretta Lynch to revoke his immunity deal and squeezing him, Comey let him go because he was a “low-level guy,” he testified at the House hearing. It’s yet another action by Comey that has left former prosecutors shaking their heads.


Aaron Sharockman insisted Politifact had no financial ties whatsoever to the Clinton Foundation after publishing an error-laden critique of The Daily Caller News Foundation’s Sept. 19 report on “watered down” HIV/AIDS drugs given to millions of people in Africa by the former president’s controversial nonprofit.

“We have never received funding from the Omidyar Network, and we have no connection or relationship to the Clinton Foundation other than covering it,” Sharockman, who is Politifact’s executive director, told TheDCNF.

The reality is that Politifact shares a mega-donor with the Clinton Foundation. Here’s how:

Sharing a mega-donor is not proof that they're in cahoots; but it's a fairly strong indicator. Remember the golden rule; the guy with the gold rules. 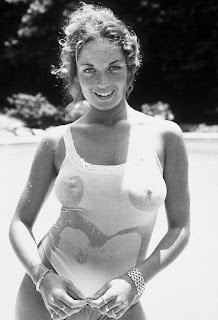 Just a good old boy, never meaning no harm. Bill Clinton on the prospect of a Hillary presidency:


. . . “He said, ‘She can do whatever the f–k she wants,’ and he started talking about his plans for building a swimming pool on the roof of the library. He wants to have naked pool parties the way JFK had pool parties when he was in the White House.

“He had an architect give him a feasibility report on building a pool, and it turned out that it would have been very expensive to build and disruptive to the functioning of the library. Anyway, the National Archives, which administers presidential libraries, probably would have vetoed the idea. So he dropped the plan. But for a while, he thought about getting an above-ground pool for the girls to splash around in.

“Bill has a bunch of women he regularly invites to his apartment. Most of them are young and good looking. He loves being surrounded by pretty girls. The place is completely secure, so he knows there’s no chance any photographers can get in.

“I was there at one of his parties on a hot, steamy day. He served champagne and cold beer and handed out roses, which he grows on the terrace and which are named after his mother, Virginia Kelley. At one point, he got out a hose and sprayed some of the girls.

“‘Keep that up,’ I told him, ‘and you’re going to have the first wet T-shirt contest ever held at a presidential library.’ ”

So, I assume you heard that Hillary attacked Trump for using the same tax deduction she used to shield $700,000 in income from taxes? And that the New York Times actually got paid by the federal government for making money?

Wombat-socho has "Rule 5 Tuesday: Birthday Edition" and "FMJRA 2.0: Function Creep" up at The Other McCain.
Posted by Fritz at 10:32 AM