The Chesapeake Bay Foundation posted a photo on their Facebook page of Captain Ian Robbins with a giant blue crab. According the foundation, Robbins caught the crab on the Susquehanna Flats. 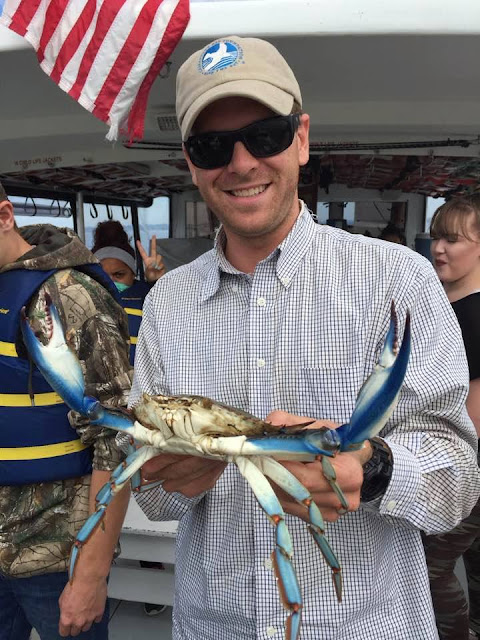 That is, indeed a damn big Blue Crab, although not by the standards of King Crab in Alaska.  The chances against  a male crab surviving the fishing effort in the Bay (somewhere above 50% every year), and the repeated molts, which leave them soft and unprotected for a while, to achieve that kind of size are astronomical. I hope it has mated many times, and left its influence in the gene pool.
Posted by Fritz at 4:42 PM