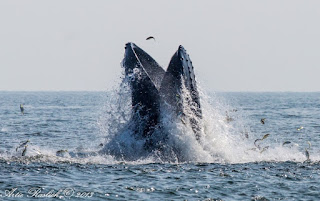 East Coast fishery managers agreed Wednesday to bump up next year’s catch limit on Atlantic menhaden, a compromise that satisfied neither commercial fishing interests nor conservationists.

Meeting in Bar Harbor, Maine, the Atlantic States Marine Fisheries Commission voted to allow a 6.5 percent increase in the harvest of menhaden, a little oily fish that no one eats but is the largest catch, by weight, in the Chesapeake Bay. They’re used to make animal meal and health supplements, and as bait to catch crabs, striped bass and other fish. But they’re also considered a vital link in the marine food chain, and a staple in the diet of striped bass and other predators. For all of those reasons, their management stirs intense passion. 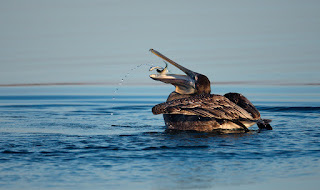 
Fishing interests have been pushing for a substantial catch increase, arguing that recent studies showed there were plenty of fish in coastal waters and no risk of taking too many. Yet conservationists urged the commission to stay the course, saying the fisheries panel should first figure out how many menhaden are needed as food for other fish and then look at reallocating the commercial harvest to spread the catch around more. 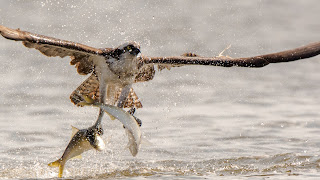 It's hard to go wrong by keeping the catch down. It will help the fish population grow, and in the meantime, prices for the fish that are caught tend to rise, minimizing, if not altogether offsetting the economic loss.

Anecdotally, I would say that menhaden populations around us a slightly better off than a few years ago, but not to the levels that were here when I arrived in 1985. I would like to have seen the restrictions stay a while longer.