In the wake of the news that the investigation into Hillary's emails has been reopened by the FBI as more emails have been discovered on (at least) a laptop shared by Huma Abedin and Anthony Weiner as a part of an FBI investigation into allegations of sexting with a minor, Say What? FBI With New Leads On Hillary's Email? I have the longest list of related articles ever. Bear with me as I try to makes some connections between them.

First, what new purported facts have emerged since yesterday's post? A few: FBI Found "Tens Of Thousands Of Emails" Belonging To Huma Abedin On Weiner's Laptop. That alone means it will be weeks necessary to sort them and see which ones have already seen the light of day. However, Huma Abedin Swore Under Oath She Gave Up ‘All the Devices’ With State Dept. Emails and has told people she doesn’t know how her emails wound up on her husband’s computer. We also found out that the FBI Never Destroyed Laptops Of Clinton Aides as they promised as part of pleas deals with Cheryl Mills at all. Well good. Why should they ever destroy evidence in a criminal investigation. And finally, and most weirdly FBI still does not have warrant to review new Abedin emails linked to Clinton probe. How can they not have a warrant to review the emails they found in child sexting investigation, and a separate investigation into the release of classified data. Breaking on Fox this morning. Weiner cooperating, and the FBI don't need no stinkin' warrant.

Now, reactions to the developments. First, it appears that Comey may have defied Attorney Gerneral Loretta Lynch in this revelations: Justice Department disapproved Comey's decision to tell Congress about renewed Clinton probe, James Comey broke with Loretta Lynch and Justice Department Traditions. Justice Department Advised FBI Against Clinton Email Letter. A lot of speculation about Comey's motivations; National Review - This is Not Normal, Hot Air has two, Just a reminder: Democrats and their lousy candidate left Comey with no good options and Caught between the Devil and the deep blue [C].

From WaPo, FBI Director James B. Comey under fire for his controversial decision on the Clinton email inquiry. He hurt their candidate. Democratic coalition files complaint against FBI Director for interfering in the election. Joe Biden's reaction was priceless:


Anger, disbelief in Clinton camp. Paul Callan at CNN: Time for FBI director Comey to go. Yeah, Obama ought to fire him, that would help. Hacks at New York Times and Washington Post Rather Perturbed About FBI Dropping Bomb on Hillary's Campaign. Hacks will hack. Flashback: Washington Post editorial blasts Republicans for attacking FBI Director Comey. Oops: Tim Kaine Heaped Effusive Praise On “Wonderful” Jim Comey On Sunday. Funny what can happen in a week. Another flashback: Clinton cheered 11th hour indictment that doomed Bush re-election. ""I got a lot of respect for Jim Comey, but I don't understand this idea of dropping this bombshell which could be a big dud."" From that Mistress of Disaster, Jamie Gorelick: James Comey is damaging our democracy. Dana Milbank: Mr. Comey’s dangerous October surprise WaPo: Clinton campaign scrambles to respond to renewed FBI investigation and urges her supporters to vote early and often. Old wisdom, calling the race rigged was evil, new wisdom: Dems adopt Trump's 'rigged' line after FBI bombshell.

INEVITABLY: Hitler Finds Out Comey Has Reopened The Email Investigation.

On the anti-Clinton camp: Rush Limbaugh thinks It’s possible this FBI thing is a ploy to distract from the Wikileaks revelations. American Power Blog: F.B.I.'s Announcement Re-Frames Election as Referendum on Hillary Clinton. HEH, INDEED: “I Did Not Have Classified Relations With That Woman, Mrs Clinton.” Always verbal, Camille Paglia on Hillary Clinton: ‘The woman is a disaster!’ John Kass: Democrats should ask Clinton to step aside. From Noah Rothman Downfall. OK that might be a bit premature. What if Hillary Wins the Election, but then is Indicted by the FBI? As we've seen, the FBI doesn't indict anybody, they recommend an indictment to the DOJ, which must convene a Ham Sandwich Grand Jury. What do you think the chance is that are with a Clinton DOJ? But go ahead and assume and Lawnewz has Here’s What Could Happen if Hillary Clinton is Indicted or Steps Down. Smitty at The Other McCain: Suggestion For What To Do With Hillary. Shockingly, non-NSFW, he wants the entire nation to vote on her guilt in 2018. Michael Godwin: Hillary only has herself to blame for the mess she’s in. With big assists from Huma, Cheryl, and Heather. Is it time to rethink the 19th amendment? The Jawa's are jumping up and down with joy: Weiner's Wanker Haunts Hillary's Halloween (Update: Episode II Joe Biden Dies Inside).
Hillary's delusional media courtiers "Clinton acolytes can't seem to grasp that Beltway-insider status doesn't exempt from prosecution."
Spanning the gap: Reaction to the Hillary/Weiner Email ‘Bombshell’ is Hilarious, Hypocritical, & Predictable. WSJ: FBI’s Revelations on Hillary Clinton Email Probe Leave Campaigns Scrambling to React.

And now, with the section on the FBI probe over, I'm left with nearly as many as on a normal day. So on to Wikileaks. "Sometimes Bill And Hillary Have The Worst Judgment": Wikileaks Releases Part 22 Of Podesta Files; 36,190 Emails Total. ALERT – Huma Email Exposes TRUTH About Hillary’s Email Server, It’s CONFIRMED. It was hacked. Isn't everything? Emails show Clinton coordinated with environmental group to receive endorsement. "Environmental" groups have been a 5th branch of government during Democratic administrations for years. I'm shocked, shocked. Speaking of the 4th branch of government that is mostly controlled by democrats, New York Times Reporter Sought Quote Approval from Clinton Campaign, but I've already used "I'm shocked, shocked." How Podesta's Gmail Account Was Breached. He fell for a routine spear phishing scam.

A humor piece by David Masto:  The Clinton-Weiner email conspiracy: The 2016 campaign only makes sense if Hillary and Donald are both fighting to stay out of office.

Yes, 'It's a Scandal' Is there a word bigger than scandal? Ann Althouse thinks Hillary Clinton is so imbued with email that her public speech sounds like email messages between political insiders. Insty receives the message: I Am Not a Crook!. Slow Joe Biden Has No Interest in a Clinton Cabinet Position:


It's been a good run, Joe. You were in the Senate for almost all of America's existence, and you came within a spot on the organizational chart of the job you coveted.

In the "Laws are for the Little People" dept, Clintons remodeled home without getting required permits. Not exactly a mortal sin, but these are the people who really believe in government regulation. Ex-FBI official: Clintons are a 'crime family' and Hillary has been the Bag Lady. Hillary Clinton’s Forgotten Career: Corporate Lawyer - For 15 years she defended big companies for the Rose Law Firm in Arkansas, a chapter all but excised from her official story. So what do you call a plane load of lawyers at the bottom of the ocean? A good start. A Former Federal prosecutor calls the Clinton’s State Department A RICO Enterprise. With prospect of gangster government, America Is at Its Most Perilous Crossroads Since World War II.

A one-off article from Reason that makes a good point: Trump Effect? School Bullying Isn’t Increasing, But Hillary Clinton Wants to Spend $500 Million Fighting It. It's a twofer for the Clinton campaign, attack Trump (falsely) and plead for more money for more government and more control.

And the horse race? Howie Carr says With less than two weeks to go, this thing's not over yet. ABC: Shift in the Electorate's Makeup Tightens the Presidential Contest or alternatively, ABC/Wapo Effectively Admit To Poll Tampering As Hillary's "Lead" Shrinks To 2-Points. Remember the Podesta wikimail about rigging polls? Flashback: New Podesta Email Exposes Playbook For Rigging Polls Through "Oversamples". 2006 Audio Emerges of Hillary Clinton Proposing Rigging Palestine Election "We should have made sure that we did something to determine who was going to win" 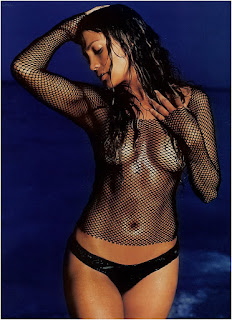 And finally, a bit of lightness (and an excuse for some Rule 5) as Rain Falls on Hillary and J-Lo.


Hillary Clinton took to the stage with Jennifer Lopez in Miami late Saturday when the music superstar performed a free concert in the rain to encourage early voting in the battleground state of Florida.

The 47-year-old actress, singer and dancer whose toned physique appeared to defy gravity, powered through some of her greatest hits, including "Let's Get Loud" and "On the Floor" before an exuberant crowd who cheered and danced as rain drenched the outdoor amphitheater.

Clinton arrived for the last segment of the gig, after Lopez's ex-husband, Marc Anthony, had already performed. She enveloped Lopez in a bear hug, before thanking the former couple for their support.

She does look good wet.