Twins Come Out for Trump over Tramps 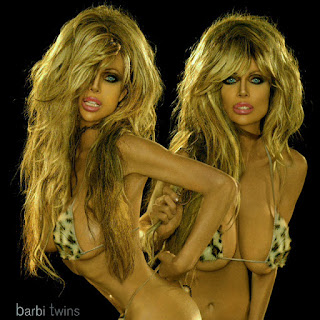 Centerfolds defend Trump: 'Barbi Twins' say he was always 'a perfect gentleman' at parties, clubs and casino events and never took advantage of beautiful women who were 'all over him'

A pair of former Playboy cover models have emerged to defend Donald Trump amid a hurricane of female accusers who claim he made unwanted seuxal advances toward them during the past 30 years.

The 'Barbi Twins' – Shane and Sia, the first twin sisters to pose nude for Playboy – told DailyMail.com in a series of emails that they first met the Republican presidential nominee in January 1993. 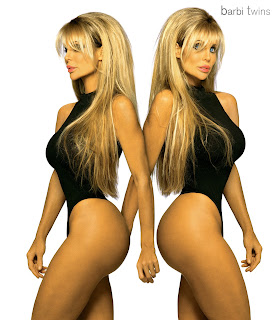 They inhabited a world of nude models and Playboy mansion parties at the time, the sisters, now 53, recalled, and saw one woman after another 'falling all over him.'

But through it all, they insist they never saw him grope or kiss anyone even as he fended off advances from one woman after another. 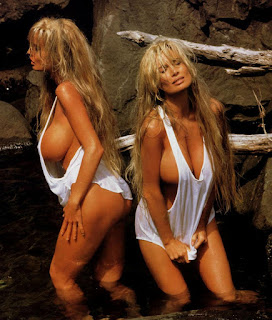 'While I never want to dismiss a woman's claim of sexual abuse, in our personal experience we saw no indication that Donald Trump would do anything like that.'

'On the contrary,' she wrote, 'he was a perfect gentleman to us, and to all of those other beautiful women that were all over him.'

Shane said she and her sister don't plan to vote for Trump in November. She had hoped Florida Sen. Marco Rubio would emerge as the Republican nominee. 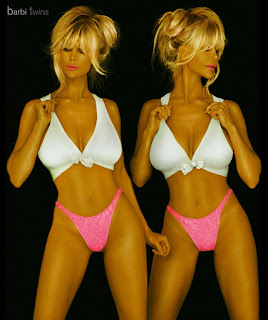 'My first choice for president was "Little Marco," someone Trump made fun of,' she said. 'And now we are voting for Jill Stein of the Green Party. So we have nothing invested in saying this.

'Trump had a trashy mouth on "Access Hollywood" and "Howard Stern," but we saw him in so many situations with tons of gorgeous women where he was a total gentleman.'

Seriously now, if Trump were everything all these women say he is, wouldn't you expect him to hit on that, if only for the challenge of it?

Wombat-socho has "Rule 5 Sunday: Wonder Girls And Indians" up in time and under budget at The Other McCain.
Posted by Fritz at 6:00 AM