Power So Good They Have To Pay Customers to Take It

From Tom McQuire at Just One Minute, news of how one wind power company is offering cash if voters approve their installation: Can't Make It Up


Vermont Wind Project Needs Support, So Company Offers to Pay Voters
By Katharine Q. Seelye Oct. 12 2016
WINDHAM, Vt. — To many residents in this tiny town in southern Vermont, the last-minute offer of cash was a blatant attempt to buy their votes.
To the developer that offered the money, it was simply a sign of how attentively the company had been listening to voters’ concerns.

Since you are no doubt wondering about the structure and legality of the cash offer:


Facing the possibility that voters here may reject the proposal, putting a damper on large-scale wind development in Vermont, Iberdrola last week put cash on the table for individual voters.
Many residents called the offer an attempt at undue influence, if not an outright bribe. But after a review, the state attorney general’s office said that the offer did not appear to violate state law.
Still, the individual payments — a total of $565,000 a year to 815 registered voters in both towns, or $14.1 million over 25 years — on top of millions more to the towns, suggest how much is at stake for the company. Iberdrola has been trying to persuade voters here for more than four years to approve the project, in a state that is actively seeking clean-energy development. . . .

Not bad; I wish the nuke down the street would offer us $500 a year.

At the meeting, which drew more than 100 residents, the developer shared its new plan. It reduced the number of turbines to 24 from 28 and increased the money paid to Windham to $1 million from $715,000 a year for the 25 years. The payments would cut property taxes in half and provide $150,000 a year for charities, fire departments and educational scholarships.
The company said it would also set aside $350,000 each year for direct payments to Windham’s 311 registered voters — $1,125 apiece annually, or $28,135 over 25 years, which a voter could accept or not.

Now, if you are thinking that the payments are legal because they are contingent on the outcome of the vote and not the specific vote of any one prospective recipient, pat yourself on the back . . .

Which is all very fine except for one thing; that is basically government money, since the wind power industry would not be competitive without huge subsidies: 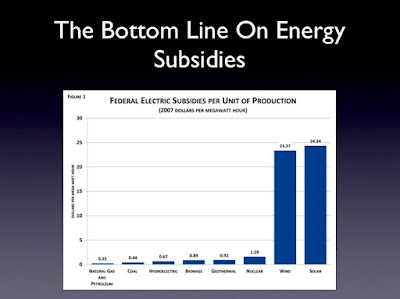 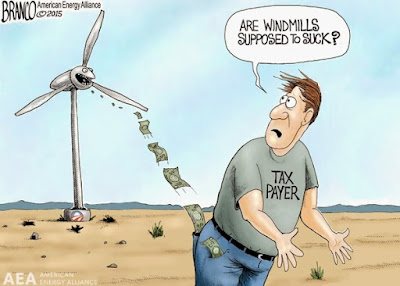