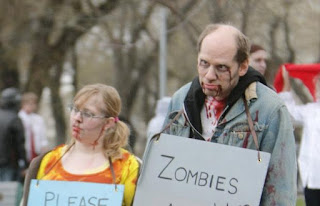 Or at least register them: A modest proposal: let’s keep track of who dies


The United States has gotten fairly adept at keeping track of people who are born here over the years. There are birth certificates, the issuance of Social Security numbers, announcements in newspapers and all manner of other proclamations when a new life enters the world. But when it comes to the other end of the lifespan scale we’ve mostly relied on the honor system when folks shuffle off this mortal coil. Once you’re dead, the government sort of counts on you remaining dead, and your friends and relatives are pretty good about acknowledging this unless you happen to live in one of those unfortunate zombie apocalypse areas. 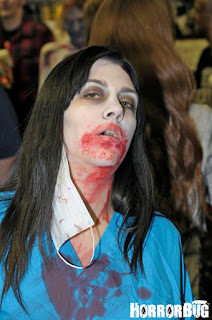 I haven't seen a zombie in weeks! But then, I don't get out much.


Why should we care? Because the dead get up to all manner of shenanigans these days and it has people concerned. One of the latest is the outcry over the election being rigged, and a part of that is the unpleasant habit some of the deceased have acquired when it comes to voting. We’ve seen it in large numbers in the Los Angeles area, in Colorado, in Virginia and beyond.

Not to mention Baltimore.


But it’s not just voting. The dead are out there participating in other things as well. We see too many reports of fraud where Social Security checks are cashed by relatives of the dead, sometimes for decades. When children die in infancy, identity thieves wind up resurrecting them years later for any number of purposes. The fact is that when people die, their identity becomes available for nefarious purposes and there are all too many out there ready and willing to take advantage of it. . . 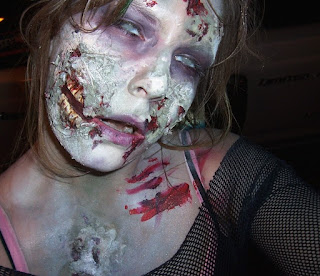 We're having some issues with Mom's departure. Because she died in a different county than she lived in, the death certificates took a long time to arrive, (hint, try not to die in Modesto) and it turns out, it's difficult to do a lot of things, like change pension information, and cancel Social Security payments if you don't have them.

Based on the propensity for the dead to vote democratic in crucial states, I would expect democrats to oppose efforts to automatically de-register the dead. But they can't call it a civil rights issue, because the dead don't have any.