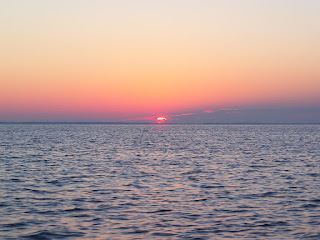 A couple days ago, I took Trevor and went on a long trip around the mid bay, looking for the wily rockfish (or as the rest of the world outside Chesapeake Bay calls them, Striped Bass). We started at 7 AM, just in time to catch the sunrise at 7:17. 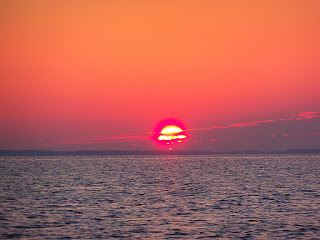 Looking more  closely, it looks almost like the sun has a ring. The morning started calm, and lasted most of the day. 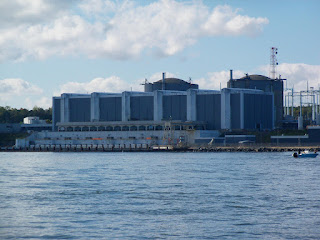 First stop, of course, was the local "structure", where we tried a number of different spot, and fishing styles. We caught a fair number of fish, up to 19 inches (they need to be 20 to keep). 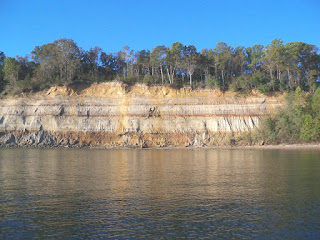 Trevor did hook a larger fish but lost it plugging in the shallows near the shore. This is Calvert Cliffs near the power plant. 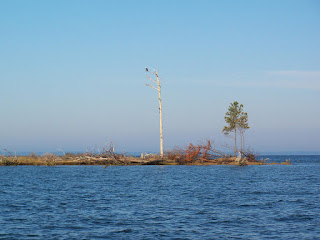 From there, we crossed the Bay to James Island, and found this eagle sitting in the dead tree on the almost vanished island. We saw many eagles all day along the shoreline, but no Ospreys. They must have all left for their winter digs in South and Central America. 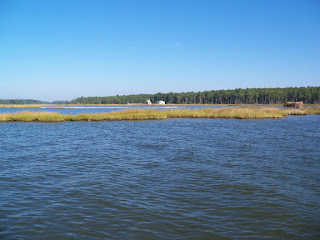 From there, we ran down the Eastern Shore, fishing points and looking for breakers. No breakers were found, but Trevor did catch one 21 inch fish at the mouth of Punch Island Creek. In retrospect, we should probably have explored deeper into the creek. 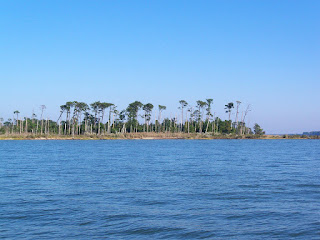 But we continued down the shore until we passed Barren Island, and had the lower Honga River Bridge in view. 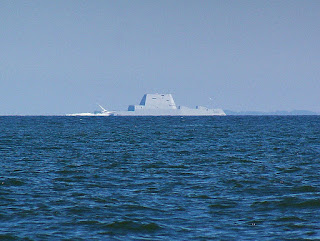 At this point, we crossed back to the Western Shore at Cedar Point, and fished a few structures. During that spell. the USS Zumwalt went down Bay in front of us. 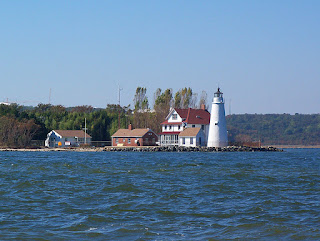 With no love other than a few dinks at Cedar Point, we ran up the shore past the Cove Point Lighthouse, and back up to the powerplant, where a freshening wind made it too ugly to fish very long. We were home around 3 PM.
Posted by Fritz at 7:58 PM