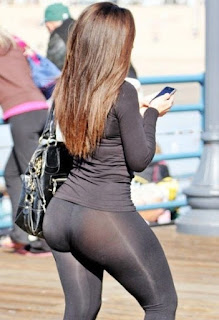 From the Government Executive: Is It Weird to Wear Leggings at Work? Absolutely not!


I don’t remember what specific combo of frustration and busyness led me to wear leggings to the office one day recently, but I do remember it felt magical. With nothing but a stretchy band and Nulu(™) fabric holding me in, I felt freer, like I was dancing through my duties, rather than trudging through them encased in polyester and wool. My computer seemed to run more quickly; my sources were more responsive; the PR people were less angry.

Normally, I only wear leggings in the culturally appropriate setting of Clarendon, the Washington, D.C., suburb where I live. Whenever I see adult humans out and about, they are wearing leggings. Their sweat has been wicked away. Their barre-weary haunches have been compressed by elite performance mesh. Leisurely, but athletic: This is how Clarendonians live. 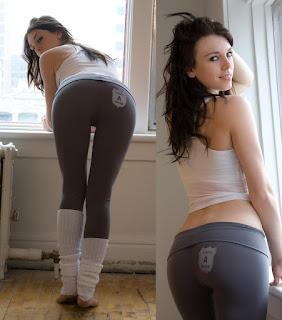 Work is another story. Most everyone at my office is nicely dressed, from the occasional TV-ready suit-wearer to our fashion-conscious female editors. Occasionally, some mayor or other VIP stops by. Leggings are not part of this world. In fact, when I told my colleagues I was working on this article, several of them came to my desk, in their traditional slacks, and registered their complaints. “Tights are not pants,” people told me.

That’s not an uncommon view in America’s cubicle farms. But I would argue that tights are better than pants. Working in leggings is approximately 400 times more comfortable than working in literally any other garment. I sit for at least 10 hours every day. Sitting for that long is not comfortable in regular pants. The waist band digs in, the legs ride up, and, depending on how long in the pelvis you are, the crotch gets more intimate with you than is common on Tuesday afternoons. 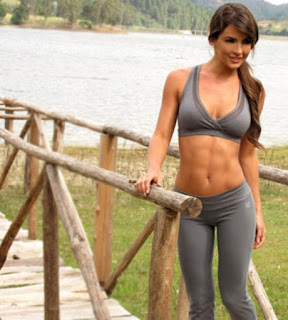 All of this led me to wonder: Is it okay for me, or any woman, to wear these puppies to the office regularly, or what? I don’t mean the leggings that are made to look like dress pants—though that’s basically all women’s dress pants these days, and we’ll get to those later. I mean leggings, the kind you wear to yoga or to the couch when you’re hungover. I mean nothing but a thin layer of spandex between your butt and the conference-room chair, supporting you as you talk about synergies.

My office dress code says nothing on the subject, so I decided to ask around. It turns out you can—but it’s fraught. 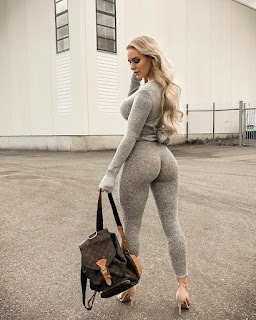 Leggings sauntered into our lives in the second half of the 20th century. The concept came from the dance world (think ballerina outfits), and by the 1950s, cool girls at Barnard were hanging out downtown in black tights and oversized men’s sweaters, says Deirdre Clemente, a historian at the University of Nevada at Las Vegas who focuses on American fashion in the 20th century. Leggings made headway in the aerobics-crazed 1980s, when synthetic-fiber technology became more sophisticated. By the 2000s, they’d taken off in tandem with yoga.

Once they started showing up in offices, however, the outcry began. Work is one of the most sartorially conservative places for women. It’s long been thought that women shouldn’t look too sexy in the workplace, and leggings ... well … they show your butt. Before leggings, says Linda Przybyszewski, a history professor at the University of Notre Dame, there were controversies over cleavage and midriffs. The ’70s brought complaints about women wearing sheer blouses, and back in the ’30s there was consternation over sleeveless tops. 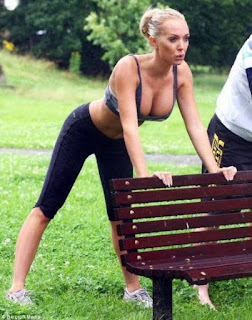 The other place where leggings are deemed unacceptable today: church. After a mother wrote a letter to the editor of the student newspaper at Notre Dame, pleading with leggings-wearers to “think of the mothers of sons the next time you go shopping and consider choosing jeans instead,” Slate’s Ruth Graham explained how leggings have long been controversial in several faith communities. Graham herself admitted that she rarely wears leggings out of the house. Again, because they show your butt. (One common leggings workaround is wearing a long sweater or shirt to mask the butt.) 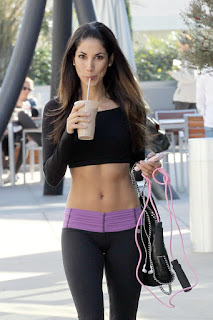 In an informal internet poll performed by the Society for Human Resource Management this year, 90 percent of the 9,000 respondents said leggings violate their office dress code. I conducted my own small survey too, sending out a Google form through social media that asked for women’s experiences wearing leggings to work. The 50-some responses spoke to how much thought women put into how they’re perceived at work, and how even the elasticity of one’s pants can be seen as a career obstacle. Women feared that leggings would make them look unprofessional or too sexy. One 22-year-old, who asked to remain anonymous to protect her job, said her boss once said leggings made her look “young.” Another woman was told she looked “cozy.

Besides, you never know when yoga might break out.

The Wombat is back in action with a double stuffed Rule 5 Sunday: New Year Double Scoop Delight!
Posted by Fritz at 6:00 AM