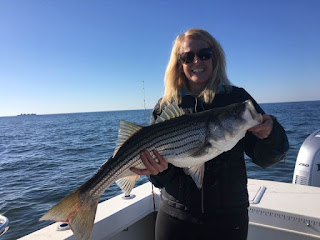 Governors to feds: Stop firm from fishing in Chesapeake Bay


Governors in nine states along the Atlantic coast are urging the Trump Administration to stop a company that makes fish-oil supplements and other products from fishing in Virginia waters.

A letter sent Friday from those governors echoes concerns of fishing regulators who say Omega Protein defied harvest limits in the Chesapeake Bay.

The firm catches a fish called Atlantic menhaden that’s considered a vital link to the bay’s food chain. Menhaden are food for striped bass, whales and other animals.

U.S. Commerce Secretary Wilbur Ross is expected to make a decision this week following a request from regulators to take action. The Atlantic States Marine Fisheries Commission says Omega Protein ignored its catch limits in the bay by more than 30% this year. 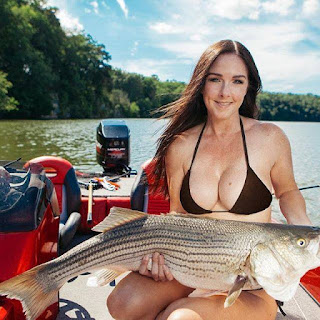 Omega Protein and Virginia lawmakers who support the company say the harvest cap lacks scientific justification and is unfair. The commission’s own coastwide assessment says the stock is healthy.

The company harvests menhaden for use in anything from health supplements that are rich with omega-3 fatty acids to animal feed.

The governors who wrote the letter serve coastal states from Virginia to Maine with the exception of New Hampshire. They warn that Omega Protein could jeopardize an ecological balance and imperil other fishing operations.

What's the matter with New Hampshire? Don't they like Striped Bass?

The Wombat has Rule 5 Sunday: Christmas With Attila The Santa & The Queen Of The Underworld up for your digital pleasure at The Other McCain.
Posted by Fritz at 5:33 PM