As Long as We're Shaming Celebrities for Plastic Water Bottles 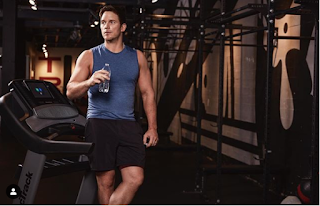 I have a few suggestions... Never Too Woke: Chris Pratt Forced to Apologize for Water Bottle

Chris Pratt first gained fame as the kinda pudgy Andy Dwyer on NBC's beloved Parks and Recreation. But when it came time to star as Peter Quill/Star-Lord in Marvel's big-budget Guardians of the Galaxy sci-fi/action/comedy flick, the former dad-bod model shed 60 pounds of fat and added an impressive amount of muscle for the role. Pratt's efforts turned him into something of a workout role model, up to and including an appearance on the cover of Men's Fitness magazine. His Instagram feed is famous -- at least with my wife -- for the many fitness shots of his much-improved bod.

I'd do that, too, but first I have to get on Instagram. And in shape.

But a killer set of abs is no protection from Woke Culture, as Pratt learned yesterday when fellow Hollywood ab-tor Jason Momoa called him out for... ...wait for it...

...holding a single-use water bottle in his most recent Instagram pic.


Clearly, we as a nation have run out of real issues to worry about. But not Momoa, who commented on Pratt's pic with: "Bro i love you but wtf on the water bottle. no single use plastic. come on."

If that comment is anything to go by, Momoa should stick with his day job of saying other people's words.

Pratt quickly apologized, writing back, "Aquaman! You’re completely right. Dammit. I always carry my big gallon size reusable water jug with me too. I even had it that day!!!"

(Would somebody please tell Chris that Aquaman isn't real?)

He continued his Woke-mandated apology, adding, "My bad. I don't want your home of Atlantis covered in plastic. Hear that kids? Reduce. Reuse. Recycle."
(Would somebody please tell Chris that Atlantis isn't real, either?)

Momoa replied in his erudite way, "I’m just very passionate about this single use plastic epidemic. the plastic water bottles have to stop i hope u make a reusable water bottle for amazon so we all can purchase."

But don't worry, all is OK in celebrity land between Star-Lord and Aquaman. Jason Momoa apologizes to Chris Pratt over plastic water bottle


"@prattprattpratt BRO you know my children and I are madly in love with you and I love everything you do," Jason began his note, which was accompanied by a photo of Chris posing with Jason and his kids, Lola and Nakoa-Wolf. "I'm sorry this was received so badly today I didn't mean for that to happen. I'm just very passionate about this single use plastic epidemic," he explained in the post.

Jason continued, "The plastic water bottles have to stop i hope u make a reusable water bottle for amazon so we all can purchase. You're an inspiration to many I'm one of them. I'll send you a case of MANANALU. All my Aloha, Da Momoa's."

Which is nice, not to take this all so seriously; but as long as we're going to be shamming celebrities for using plastic water bottles, let me add some to the list: 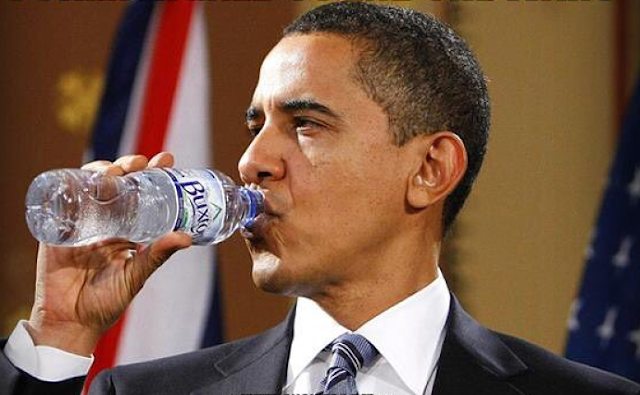