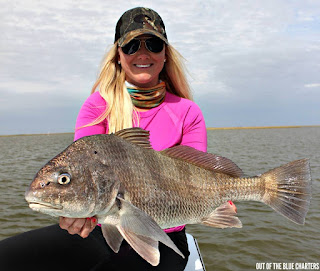 The fish for the week is the Black Drum:


The black drum (Pogonias cromis), also known as the drum or drummer, is a saltwater fish similar to its cousin, the red drum. It is the only species in the genus Pogonias. Though most specimens are generally found in the 5-30 lb (2–14 kg) range, the black drum is well known as the largest of all the drum family with some specimens reaching excesses of 90 lb (40 kg). The world record black drum was just over 113 lb (51 kg). They are often black and/or gray in color with juvenile fish having distinctive dark stripes over a gray body. Their teeth are rounded and they have powerful jaws capable of crushing oysters and other shellfish. It is recommended those over 15 lb pounds (7 kg) should be released. Black drum are capable of producing tones between 100 Hz and 500 Hz when performing mating calls.

The black drum is usually found in or near brackish waters. Larger, older fish are more commonly found in the saltier areas of an estuary (closer to the ocean) near oyster beds or other plentiful food sources. Juvenile fish have 4 to 5 bold vertical black bars on a light background and can be mistaken for Sheepshead at first glance, but are distinguished on closer inspection because sheepshead have teeth and black drum have chin barbels. These stripes usually fade to dull grey as the fish grow from 12 in to 24 in in length. Juvenile fish are more commonly found in less salty areas and relate more strongly to structure and cover. In the western Atlantic, black drum are found from Nova Scotia to Florida, the Gulf of Mexico, the Antilles (uncommon), and the southern Caribbean coast; also from the Orinoco delta to Argentina. They are common between the Delaware Bay and Florida coasts, and most abundant along the Texas coast. After reaching maturity by the end of their second year, black drum spawn in and around estuarine waters.


Black drum are mostly bottom feeders, with adults eating mostly mollusks and crabs. In shallow water, they have been reported to feed with their heads down so that their tails show above the water surface. Their sensitive chin barbels help locate food, and strong pharyngeal teeth crush the shells of these preferred foods. It has been reported that, in captivity, large drum were able to eat more than two commercial-sized oysters per kilogram of body weight each day. This translates into the potential for a 20 kg drum (about 45 lb) to eat 40 oysters a day. Fishing advice for black drum along the east and southeast coasts of the United States often includes the suggestion to locate an oyster bed. However, this preference has also caused black drum to be a nuisance for those who raise oysters commercially. A group of black drum can do great damage to an oyster bed in a single day.

There is a pretty decent run of big Black Drum in Chesapeake Bay most years, and an area called Stone Rock is reputed to be the place to be. I've only caught a few smaller ones while fishing for stripers. While they will hit lures, people seriously fishing for Black Drum generally use clams.

We also find black drum teeth as fossils on the beach, as small black beads. They are always black, having picked up a stain in the sediment, although in living fish, they are white.

The Wombat has Rule 5 Sunday: Monica Ruiz up and running at The Other McCain. 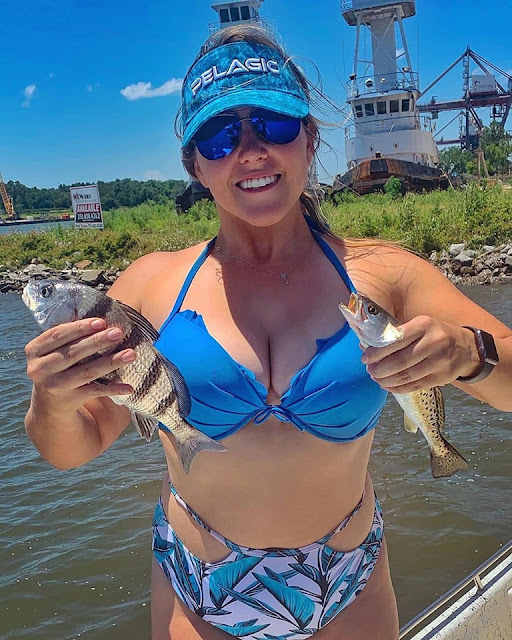 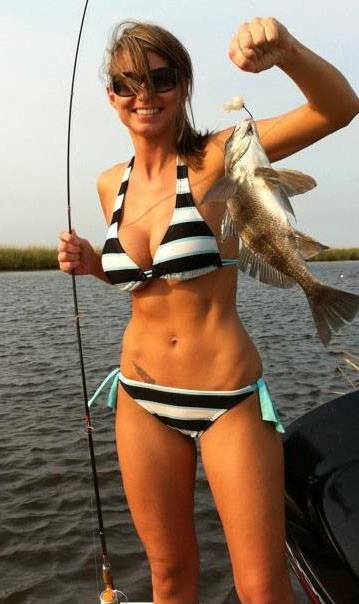 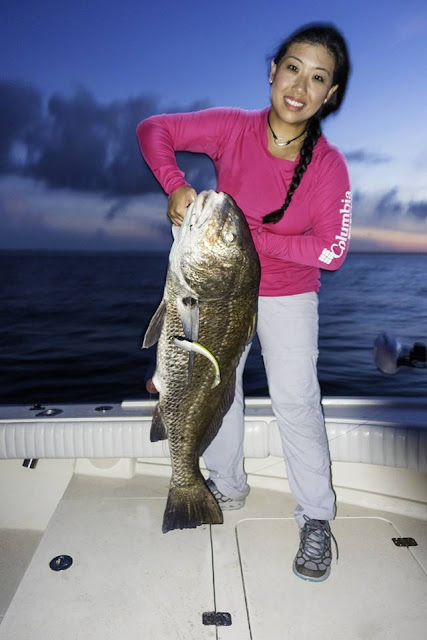 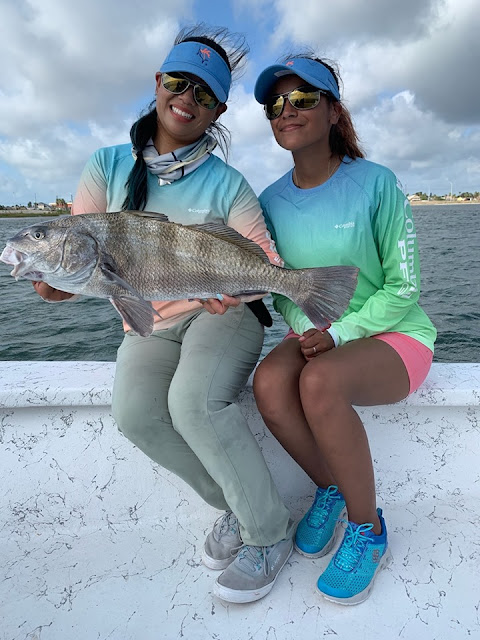 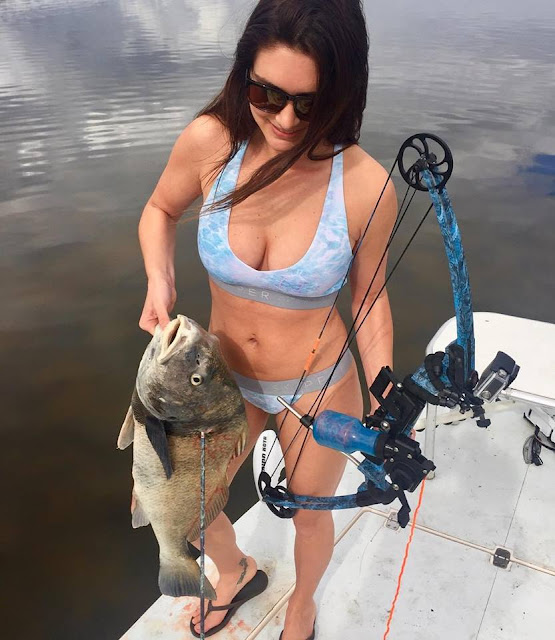 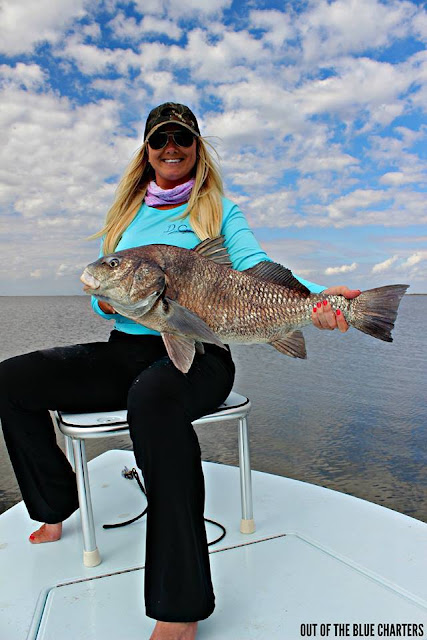 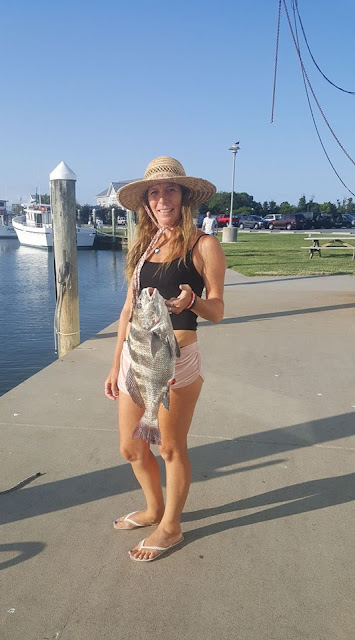 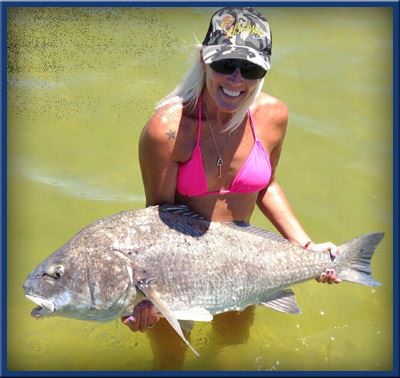 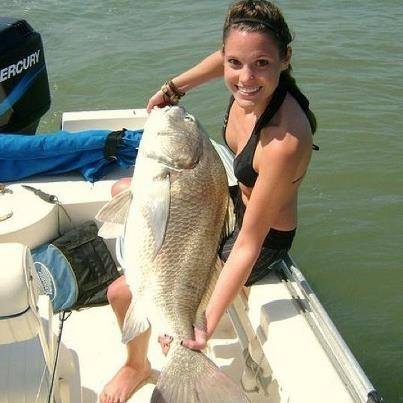 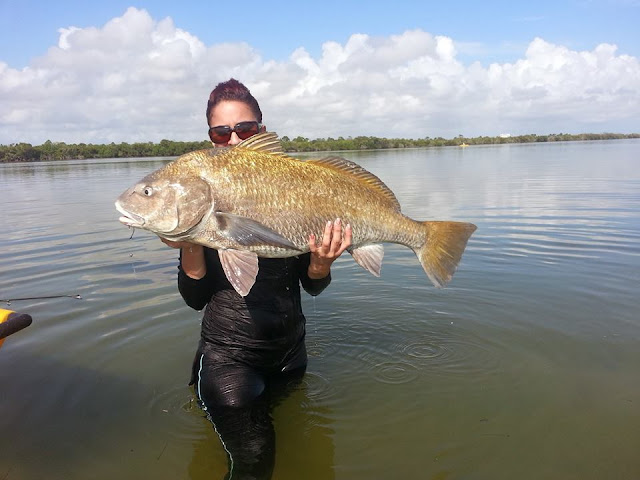 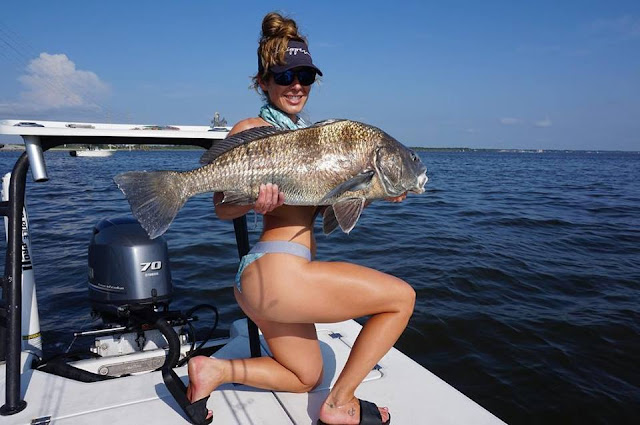 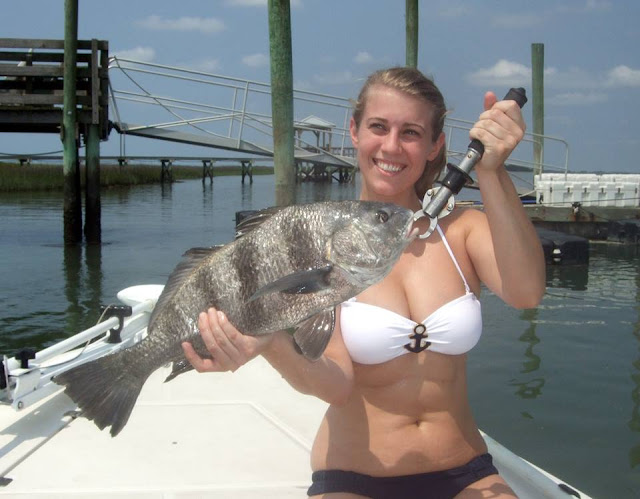 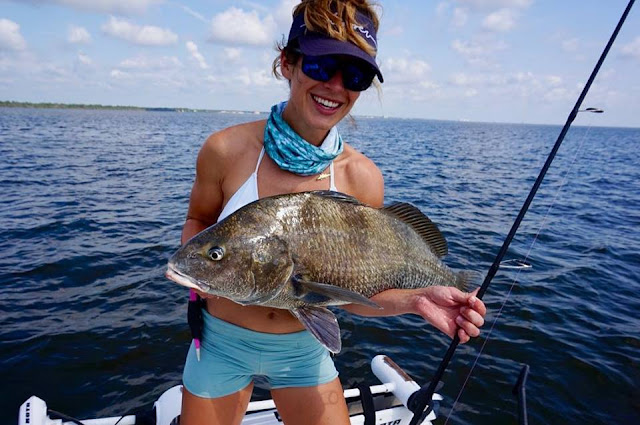 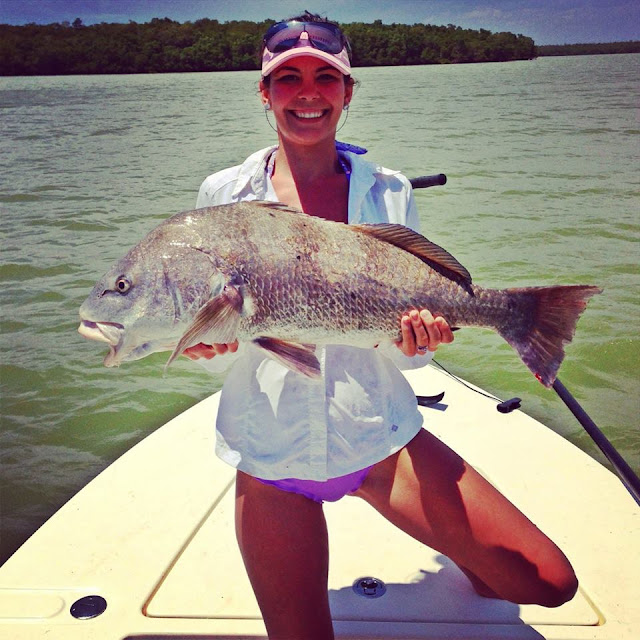