I understand the feeling. Eagle that smashed into H&R Block is one of many as the species heads into Virginia’s urban areas


Earlier this week, a bald eagle smashed through the window of an H&R Block office on Newtown Road. It had been feeding along side the street and probably felt threatened by traffic. It is believed to have a nest on the shoreline of Lake Smith, about a mile away from the shopping center, and appeared to fly away unharmed.

Watts said the urbanization of eagles in southeastern Virginia started with a pair that nested in First Landing State Park, their young spreading out to other areas of the city and eventually to surrounding locations. And everyone knows about the eagles that nested around Norfolk International Airport and made headlines for striking airplanes.

“We have all these pairs nesting in Richmond, Williamsburg, northern Virginia,” Watts said. “I see them in Williamsburg hunting along the roads all the time.” 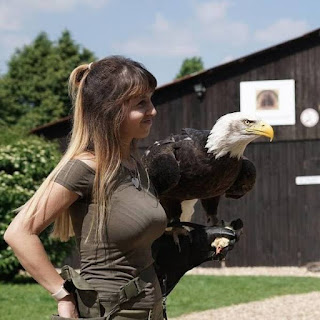 If by hunting, you mean looking for road kill.


Eagles were listed under the Endangered Species Act years after state agencies started using DDT to kill insects. When the birds ate fish that contained the chemical, it caused their eggs to become too thin to go full term.

By 1963, the U.S. Fish and Wildlife Service said there were only 487 nesting pairs in the country. There were only 30 in Virginia, according to the Center for Conservation Biology.

Now there are more than 1,500 in the state, nesting mostly along the major tidal rivers along the western shore of the Chesapeake Bay. 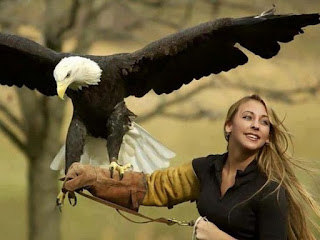 The ridges over their eyes make them look  fierce and wise to human eyes, but they are basically pretty buzzards with a bad habit of stealing fish from Ospreys, who, more wisely, have gone south for the winter.


Why would a majestic bald eagle be hanging around a shopping center parking lot munching on a dead seagull?

Because that’s what urban eagles do.

Bald eagles have long been known for their avoidance of all things human. But as their natural habitat decreases, they are showing themselves to be remarkably adaptive. Which comes as a big surprise to wildlife biologists who have been monitoring the raptor’s remarkable population comeback since the 1970s.

“From the 50s to the 90s, the belief was that they would not nest in urban areas,” said Bryan Watts, the director of the Center for Conservation Biology in Williamsburg. "But that hasn’t turned out to be the case. Eagles nesting in cities are producing at rates similar and higher than ones nesting in rural areas.


The Wombat has Rule 5 Sunday: Monica Ruiz up and running at The Other McCain.
Posted by Fritz at 6:08 PM