You First, My Dear 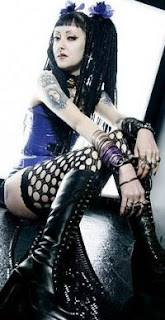 
I came across this on Twitter today and at first suspected it was satire but so far as I can tell it’s not. An Australian academic named Patricia MacCormack has a new book out titled, “The Ahuman Manifesto: Activism for the End of the Anthropocene.” The idea is that the earth would be better off without us and, therefore, it’s time to start an activism whose goal is our own extinction. 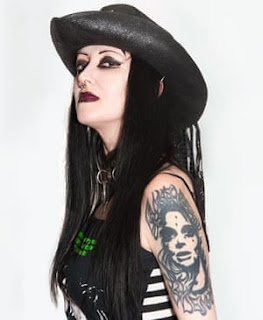 Whatt do you know, a Goth chick with a Ph.D. Well, I've always said you don't need to be particularly smart to have one, you mostly need a certain level of obsession. And she certainly seems endowed there.


“The basic premise of the book is that we’re in the age of the Anthropocene, humanity has caused mass problems and one of them is creating this hierarchal world where white, male, heterosexual and able-bodied people are succeeding, and people of different races, genders, sexualities and those with disabilities are struggling to get that.”
“This is where the idea of dismantling identity politics comes in – they deserve rights not because of what they are, but because they are.
“The book also argues that we need to dismantle religion, and other overriding powers like the church of capitalism or the cult of self, as it makes people act upon enforced rules rather than respond thoughtfully to the situations in front of them.”
The central argument in The Ahuman Manifesto can be boiled down to this: mankind is already enslaved to the point of “zombiedom” by capitalism, and because of the damage this has caused, phasing out reproduction is the only way to repair the damage done to the world. 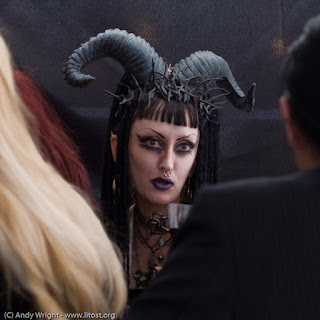 Don't reproduce, please! On the off chance that it's a genetic defect. She also has an amusingly titled talk called The Daemonic Vulva.


This talk will attempt to playfully involute demonic invocation and chaos magick through the patterning of female genitalia toward a queer feminist ethics of occultism. The vulva is threshold of internal and external, it is made up of more than one organ – clitoris, labia majora and minora, vagina, cervix, and the general perineal area – a pineal perinaeum if you like. The vulva is a conceptual gate, just like the gates through which we enter into unnatural worlds and interkingdom, interworld and interspirit alliances in enochian sex magick and necronomic chaos magick. Through ritual we can become vulvas – paradigmatically and conceptually. We can think and act like vulvas. 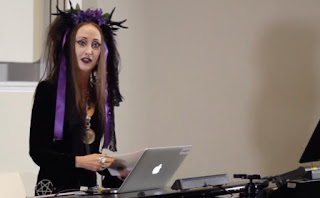 Maybe she can; I'm kind of a dick, sometimes.


Like, and through chaos magick, becoming vulva is involuted and undone, creating a larval sexuality – immature and transformed at every synthesis, which acts not toward a thing but toward its metamorphosis, toward perceiving itself which cannot be perceived, toward the imperceptibility within repetition where all elements within syntheses are dissipated, disoriented and reoriented with each turn, each folding and each alteration in the aspects of involution. Vulvas and chaos offer infinity. 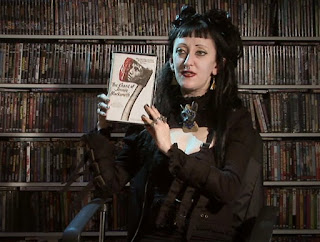 Vulvas and chaos to infinity!

Dr Patricia MacCormack is Reader in English, Communication and Film at Anglia Ruskin Cambridge. She has published extensively on Continental Philosophy, the work of Deleuze and Guattari, Blanchot, Bataille and Irigaray, also on queer ethics, perversion, posthuman theory, body modification, occultism and extreme visceral horror film. She has appeared in a number of documentaries and dvd extras speaking on radicalisations of flesh and gore through aesthetic experiments in film. She has work in Queering the NonHuman, Deleuze and Law, AfterImage, Body and Society and many other volumes and journals. She is the author of Cinesexuality and the editor of The Schizoanalysis of Cinema.

And to think I wasted my time in academe studying the harder sciences.

The Wombat has Rule 5 Sunday: Emma Watson out on time and under budget.
Posted by Fritz at 6:00 AM