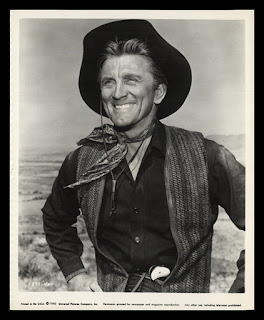 EBL, Kirk Douglas, RIP, And The View from Lady Lake Douglas' best role - by my thinking - was in 'Lust for life' playing Van Gogh.


Kirk Douglas, one of the most famous American leading men of the mid-20th century remembered for his dimpled chin, chiseled features, and virile Hollywood roles, died Wednesday at the age of 103, his family announced.

"It is with tremendous sadness that my brothers and I announce that Kirk Douglas left us today at the age of 103," Kirk's son, Michael Douglas, wrote in a statement shared to social media.

He continued: "To the world he was a legend, an actor from the golden age of movies who lived well into his golden years, a humanitarian whose commitment to justice and the causes he believed in set a standard for all of us to aspire to. 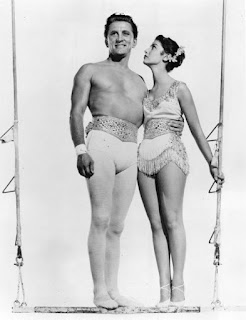 I particularly like the article Ann Althouse dug up at the NYT: "He was born Issur Danielovitch on Dec. 9, 1916... 'the son of illiterate Russian Jewish immigrants in the WASP town of Amsterdam,' one of seven children, six of them sisters."


"By the time he began attending school, the family name had been changed to Demsky and Issur had become Isadore, promptly earning him the nickname Izzy. The town’s mills did not hire Jews, so his father, Herschel (known as Harry), became a ragman, a collector and seller of discarded goods. 'Even on Eagle Street, in the poorest section of town, where all the families were struggling, the ragman was on the lowest rung on the ladder... And I was the ragman’s son.' A powerful man who drank heavily and got into fights, the elder Demsky was often an absentee father, letting his family fend for itself. Money for food was desperately short much of the time, and young Izzy learned that survival meant hard work.... [T]he summer after he graduated from college... he decided to change his name legally to something he thought more befitting an actor than Isadore Demsky. (When he chose Douglas, he wrote, 'I didn’t realize what a Scottish name I was taking.')"

From "Kirk Douglas, a Star of Hollywood’s Golden Age, Dies at 103/His rugged good looks and muscular intensity made him a commanding presence in films like 'Lust for Life,' 'Spartacus' and 'Paths of Glory'" (NYT). 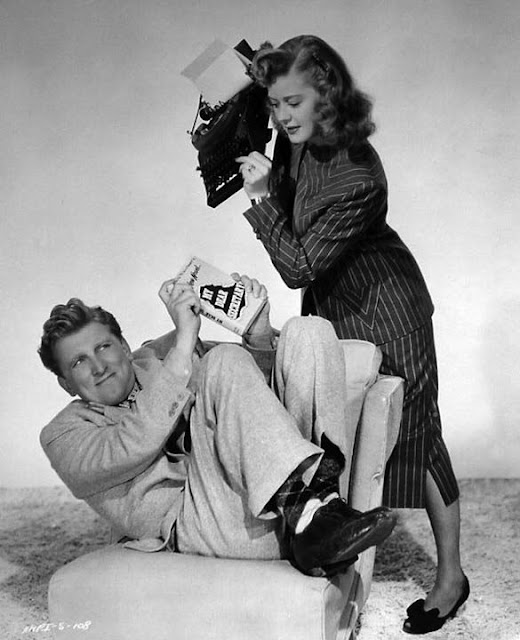 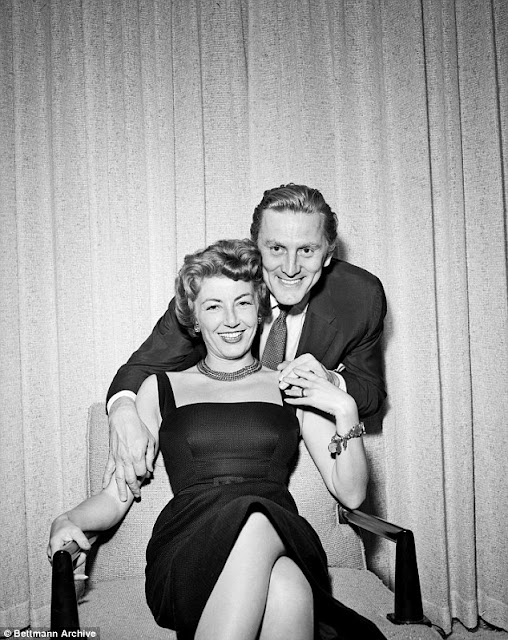 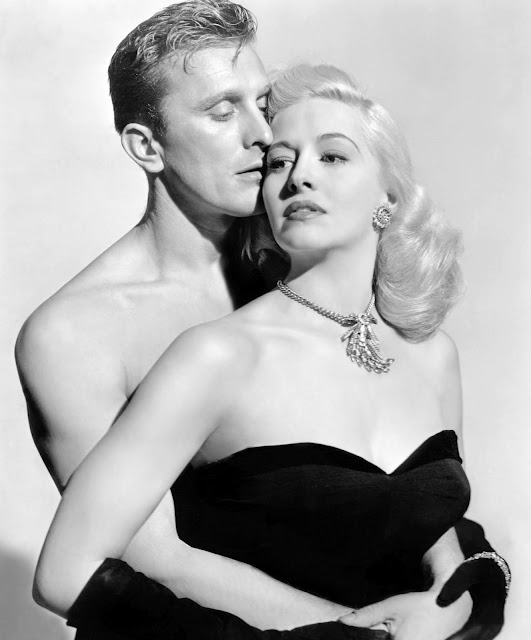 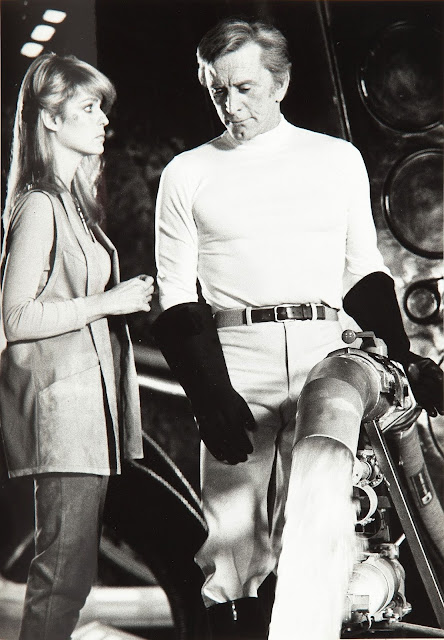 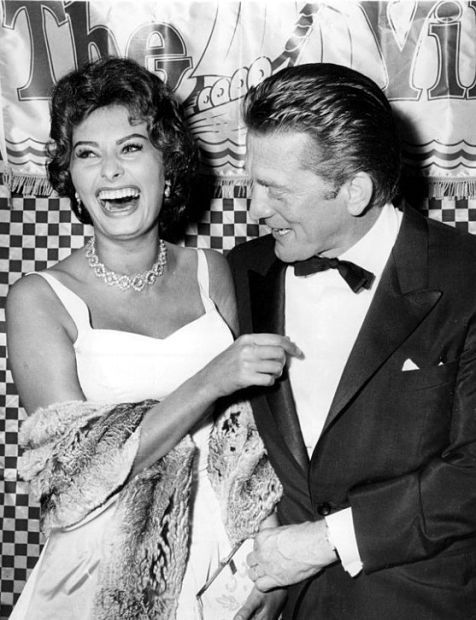 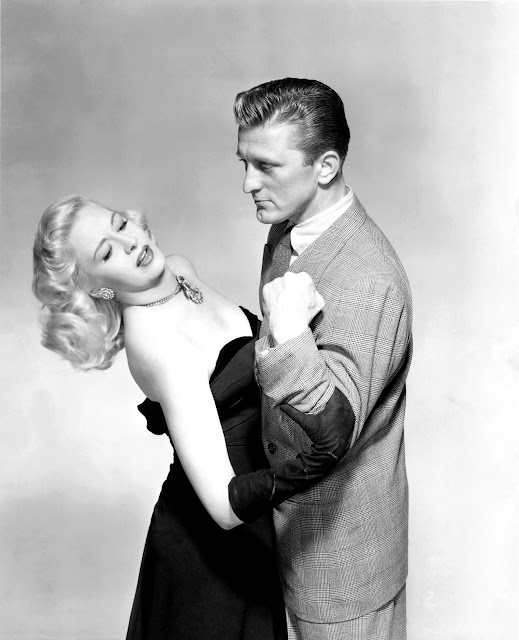 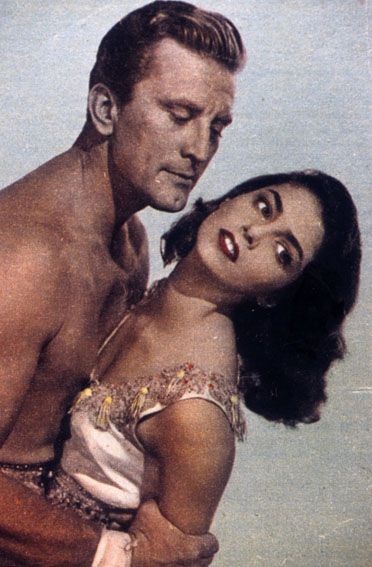 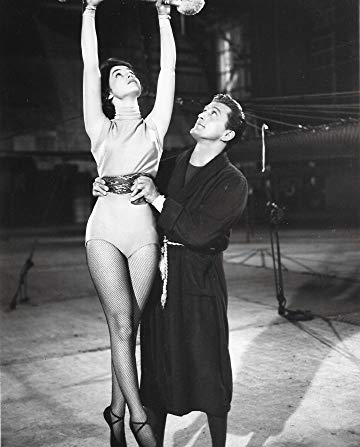 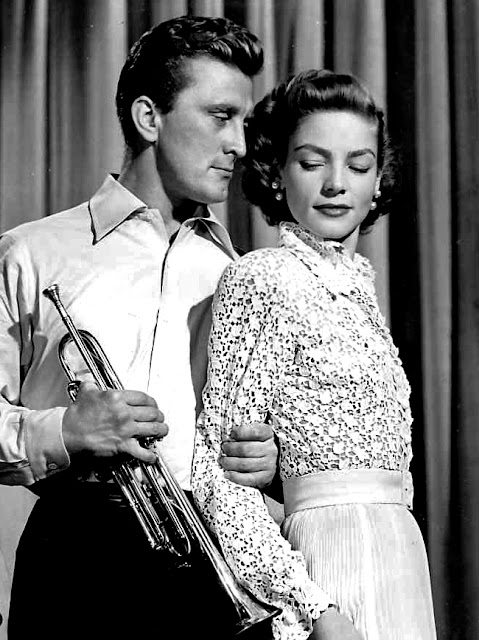 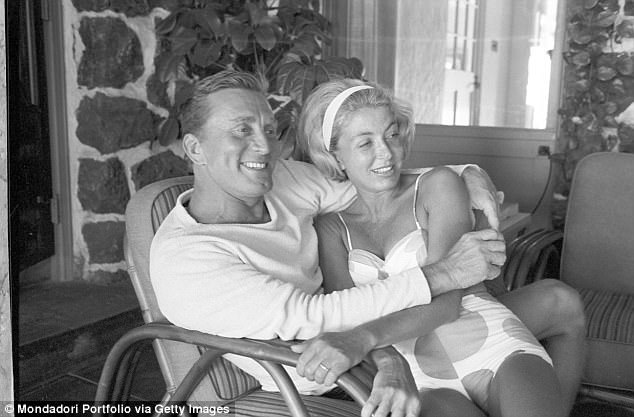 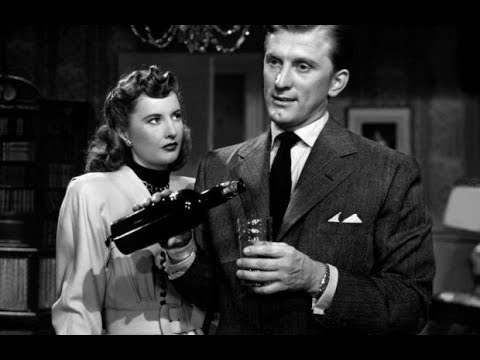 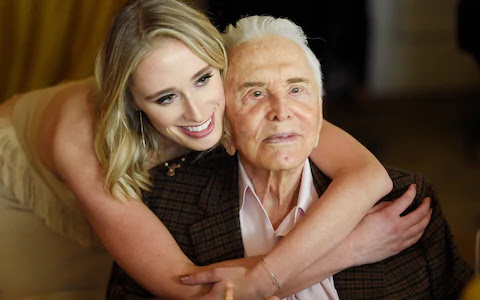 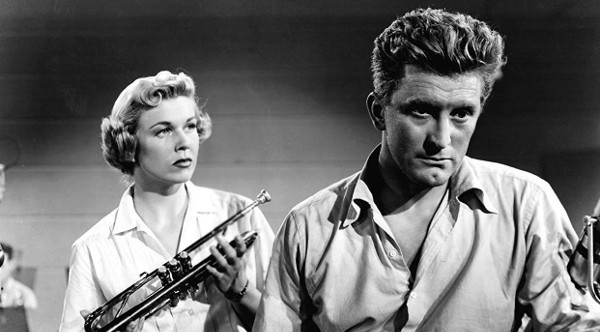