Much like yesterday, a smattering of subjects, with an emphasis on none.


There’s no longer any real competition between the two major political scandals that emerged following the 2016 U.S. presidential election.

Proponents of the first scandal, commonly referred to as “Russiagate,” claim that the man who had just won the election was an undercover agent who took orders straight from Moscow.

The other one that emerged held that Russiagate was always a false construct of the rival Hillary Clinton campaign and its politicized allies within the federal government’s intelligence and law enforcement agencies. This second scandal came to be called “Spygate.”

One of these scandals was indeed fake and the other was very real.


he FBI agent who ran the bureau’s warrantless spying program said Wednesday he warned ex-Director James Comey and his deputy, Andrew McCabe that the program was a useless waste of taxpayer money that needlessly infringed Americans’ civil liberties but his bosses refused to take action.

Retired Special Agent Bassem Youssef ran the FBI’s Communications Analysis Unit from late 2004 until his retirement in late 2014. He told Just the News he fears the deeply flawed program, which was started in response to the Sept. 11 attacks, was allowed to keep going to give Americans a false sense of security in the war on terror and possibly to enable inappropriate spying, such as that which targeted President Trump’s 2016 campaign.

“I have no doubt, or very little doubt, that it was used for political spying or political espionage,” Youssef said during a lengthy interview for the John Solomon Reports podcast.


Well, I guess it's something.
. . .
He specifically cites the Mueller team claiming, in reports and court filings, that George Papadopolous had tried to frustrate attempts to locate Joseph Mifsud, when the actual 302s show him being helpful.

Meanwhile -- and I have absolutely no idea which California liberal Democrat Representative he could mean here -- Trey Gowdy says that classified briefings must exclude any known "epidemic leaker."

Via Wombat's In The Mailbox: 02.26.20, the must read article of the day, from Angelo Codevilla at AmGreat, Intelligence and the Democrats’ Internal Affairs


The agencies’ chief interest in domestic partisan skullduggery has never been a secret to those of us who are acquainted with them, as well as to those who have closely read the biographies and autobiographies of the CIA’s and FBI’s leaders. Nor could anyone have missed Senator Charles Schumer’s (D-N.Y.) premise, when he threatened Trump with the agencies’ power to hurt him “six ways from Sunday.” The Democratic Party’s de facto head can make such threats because these agencies—along with the mainstream media—are part and parcel of the larger enterprise he leads.


Previously Chairman Lindsey Graham promised to hold public hearings on reforms needed to the FISA process prior to any reauthorization vote. However, with two weeks remaining until current FISA authorization expires the Senate Judiciary Committee has yet to hold a single hearing, and the senate calendar is empty.

Lindsey talks a good game, though.

From the Guardian, Julian Assange asks to sit with lawyers for extradition case. Poor guy, he was a hero to the left until he leaked against them.


The request for a new trial is connected to forewoman Tomeka Hart, who it emerged had a history of Democratic Party activism and anti-Trump, left-wing social media posts.

But Hart was questioned in a Washington federal courtroom by Jackson for just under an hour Tuesday and then by one of Stone's attorney, Seth Ginsberg, who honed in on several of Hart's social media posts in the months leading up to Stone's trial.

Stone's defense team asserts that the forewoman mislead the court on her jury questionnaire when she said she couldn't remember if she had made any public statements about Stone. Hart did not check yes or no to that question but rather gave a handwritten explanation that she "couldn't remember" that she may have made posted an article on Facebook but wasn't sure.

Ginsberg pressed her repeatedly on numerous posts she made that were critical of the president, including one specific post she made on Jan 25, 2019, the day of Stone's arrest, of an NPR article about multiple Trump associates who had been indicted. The jury forewoman posted that article on Facebook with the caption, "Brought to you by the lock her up peanut gallery."

Jackson, however, pushed Ginsberg to stay on topic and reminded him that the question was specifically about Stone, not about the president or those close to him.

Ginsberg tried to make the argument that all of these posts were about Trump and that the jury forewoman knew Stone was a close confidant of the president.

"Having an opinion about the president and some or even all of his policies does not mean she could not fairly and impartially judge the evidence against Roger Stone," Jackson said.

From Da Hill,  Stone judge criticizes Trump for tweets about juror, but not the juror about her tweets about Trump. From WaEx, the never-Trumper Judge Andrew Napolitano slams Barr over 'secret' Roger Stone hearing: 'Stalinistic':

Napolitano blasted Attorney General William Barr for allowing D.C. District Court Judge Amy Berman Jackson to place a gag rule on Stone and hold a brief with regard to allegations that a juror and the judge herself were biased against Stone from the outset of the trial.

"No one should be happy about secrecy whether you like Stone or dislike him — whether you like the president or you dislike him," said Napolitano on Varney and Co. Tuesday morning. "This is a hearing to determine whether there was jury impropriety in the trial — whether a juror failed to disclose her preconceived prejudice against President Trump and against Roger Stone. Why is it secret? We're not being given a reason."

He added, "This is absolutely Stalinistic." 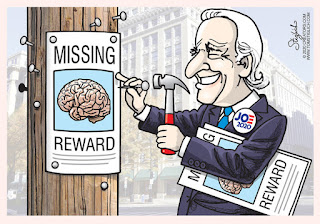 Funny, I never knew the AG had any ability to order judges around.

And at last from the WaFreeBee, Hunter Biden Seeks to Delay Paternity Deposition Until After Key Primary Votes. So does Hunter want his dad to wash out so attention will be turned away from him, or does he want Dad to go on forever, so he can continue to bury things with the media's help? Tough choice.
Posted by Fritz at 9:44 AM