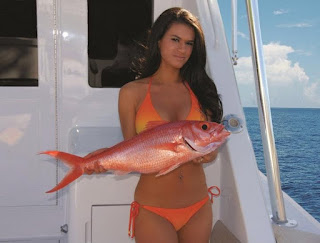 
The queen snapper, Etelis oculatus, is a species of snapper native to east of the Windward Islands and the Caribbean Sea. It is the only species of Etelis not native to the Indian and Pacific oceans. 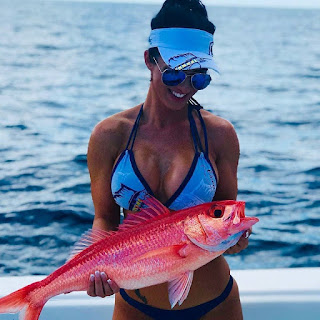 The species lives and is caught at depths of about 300 to 400 ft. The queen snapper is bright red on its upper and lower sides with large and yellow eyes. The size averages at about 21 in. and weighs about 3 to 5 pounds. The world record is 11 pounds and 11 ounces. It has silvery sides and a deeply forked red tail that continues to lengthen as the fish grows. 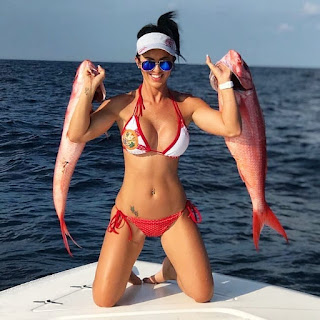 The Wombat was a day late with Rule 5 Monday: Annabella Sciorra.

Let Luiza explain how to catch them: 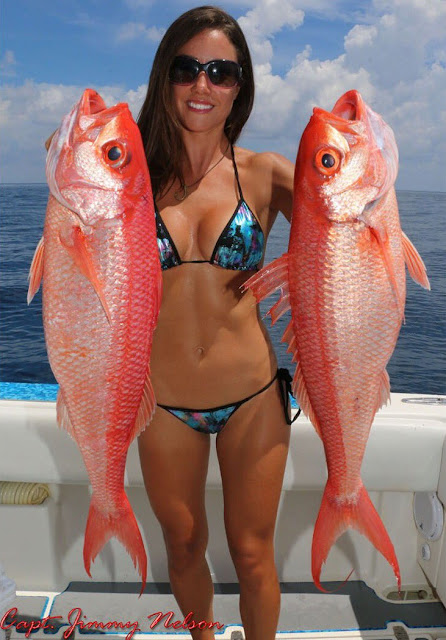 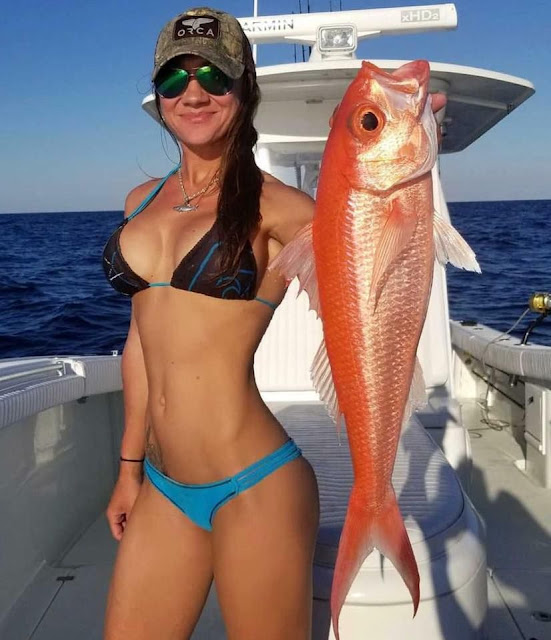 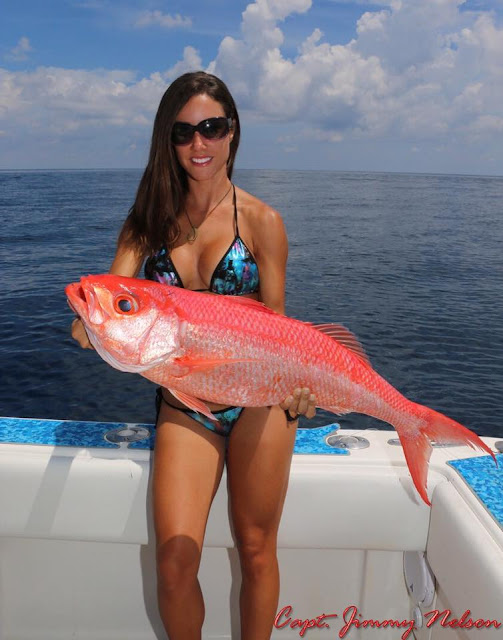 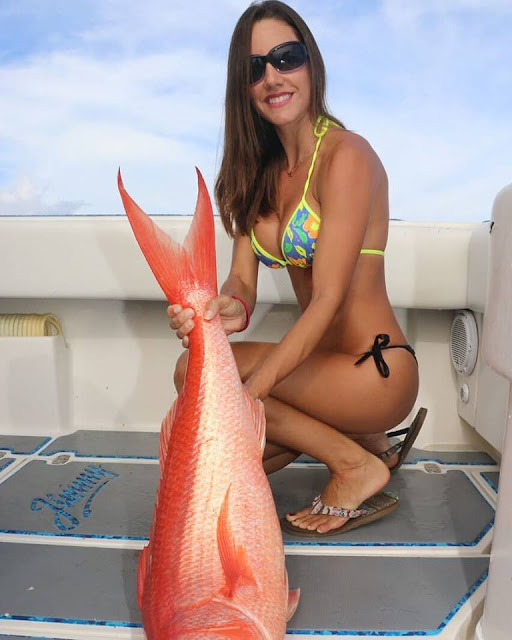 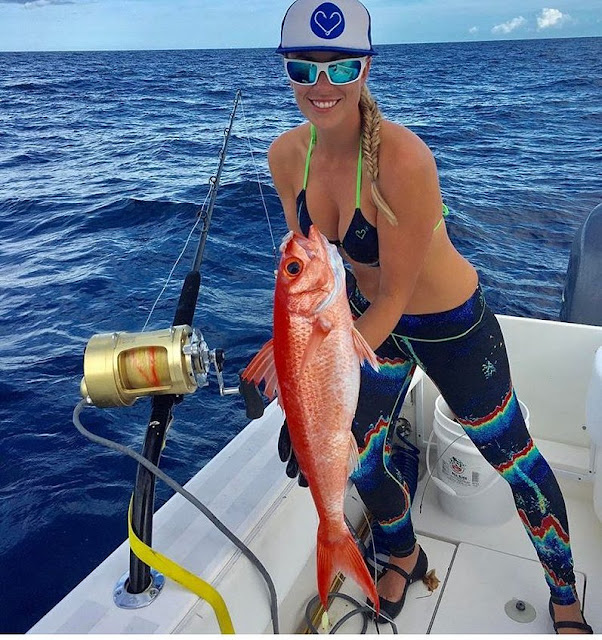 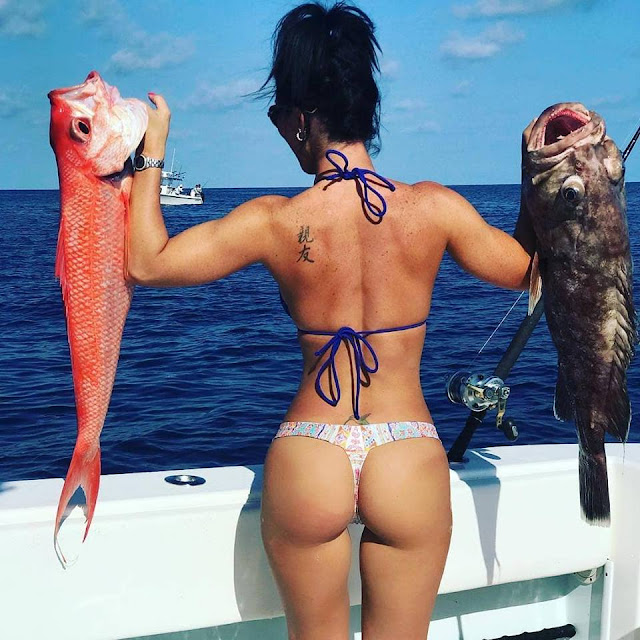 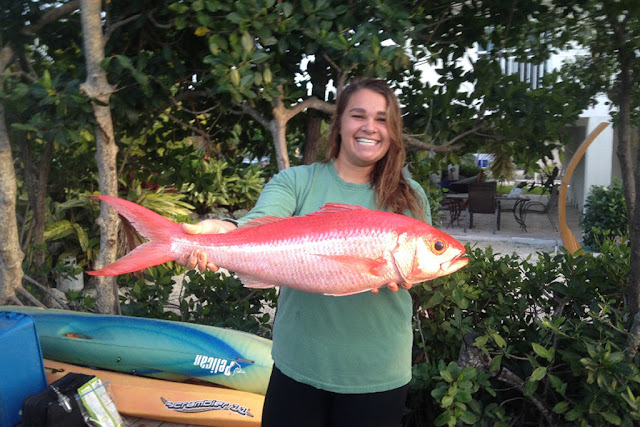 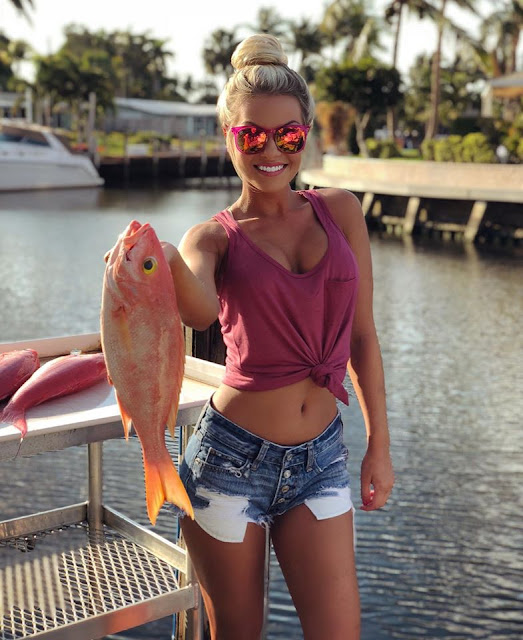 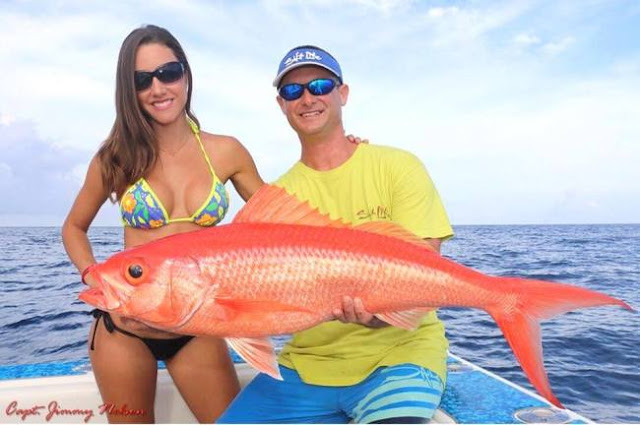