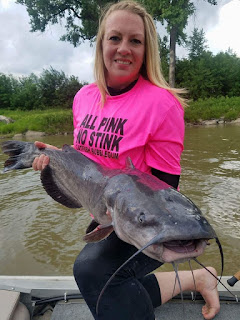 
The Maryland Department of Natural Resources is supporting a joint resolution proposed by the Maryland General Assembly that will move the state closer to controlling the invasive blue catfish population by commercial harvest.

A native of the Mississippi River basin, blue catfish were introduced to the mid-Atlantic in the 1970s. Since then it has exploded in population and range, and can now be found throughout Chesapeake Bay and Potomac River watersheds. Blue catfish are a significant threat to the ecosystem because of their rapidly increasing populations and capacity to consume significant amounts of native species, like crabs and striped bass. 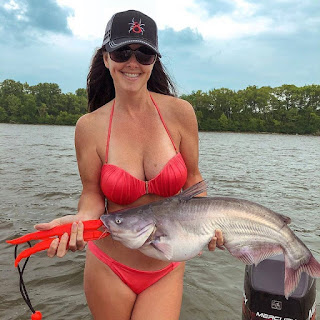 House Joint Resolution 3 and Senate Joint Resolution 3 – Natural Resources – Fishing – Wild-Caught Blue Catfish urges the United States Congress to oppose certain inspection rules promulgated by the U.S. Department of Agriculture (USDA), which has drastically impeded the harvest and sale of blue catfish. Because of this, Maryland has been unable to adequately use the commercial harvest as a form of control over the invasive blue catfish.

Previously under the purview of the Food and Drug Administration, Congress directed USDA to take over regulation of all species of catfish in 2017. The regulations have required the presence of a USDA inspector on premises during blue catfish processing. These inspectors are a significant cost to the dealer and inspectors’ schedules don’t often match up with the working hours of the dealers. Additionally, the processing rooms have to be cleared of all other products, causing disruptions to the rest of the business. All other seafood processing continues to be conducted under the FDA.

“Congressional action is simply common sense. Current inspection rules deter catfish dealers and watermen from targeting this invasive species, due to a low return on investment and their restricted ability to get the product to market,” said DNR Secretary Jeannie Haddaway Riccio. “Maryland was on the path to controlling this invasive species and these strict regulations cripple our ability to execute this solution.”

Congress stepped in to regulate catfish in particular because of perceived hygiene problems with farmed and imported catfish. The regulations make it much more difficult to process catfish, and given a fairly low market price, compared to something like Stripped Bass, it's not really worth it for fish processors to take them. Blue Catfish are every bet as good eating as stripers, at least when they come from clean waters like Chesapeake Bay tributaries, IMHO.

Wombat-socho has Rule 5 Sunday: Mapy Cortes up at The Other McCain.
Posted by Fritz at 5:12 PM