The Bay J Takes on the Maryland Striper Regs 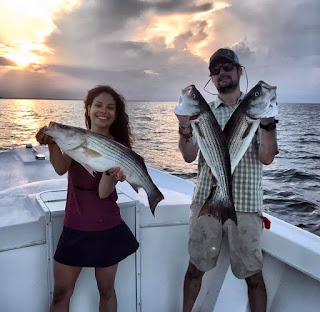 
The Atlantic States Marine Fisheries Commission, which regulates fishing for migratory species in near-shore waters, on Tuesday authorized a patchwork of catch restrictions to be imposed along the coast and in the Bay aimed at halting a troubling decline in the species. They did so only after a lengthy and at-times querulous debate about the efficacy and fairness of states’ varied rules.

Maryland’s proposed catch restrictions came in for particular scrutiny from critics who questioned the science behind the proposal and whether it would actually meet the commission’s requirements. 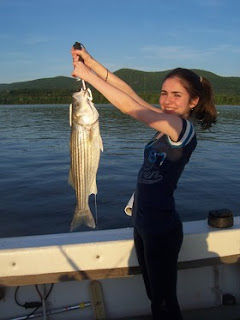 The action approved this week comes after scientists warned nearly a year ago that the Atlantic striped bass population was overfished, with the number of spawning age females at a worrisome low.

The commission last fall called for states to make an 18% reduction in the catch of striped bass as well as in their deaths after being caught and released. The panel directed that all anglers be limited to catching one fish a day. It also set uniform size limits for keeping fish caught along the Atlantic coast and in the Bay, a major spawning and nursery ground for the species.

States were permitted, though, to deviate from those cutbacks, as long as their rules reduced overall fish losses by the same amount. 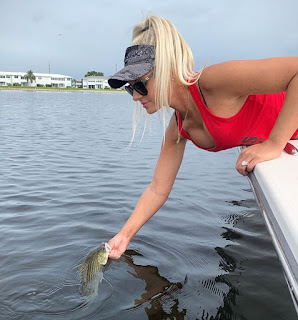 Most of the states from Maine to North Carolina took advantage of that “conservation equivalency” provision, submitting dozens of varied options in all for regulating recreational fishing in their waters. The commission’s striped bass management board spent hours reviewing and debating them.

Chris Moore, senior regional ecosystem scientist for the Chesapeake Bay Foundation, said he was heartened by the “robust discussion” of state proposals. While acknowledging the merits of finding state-specific solutions, Moore said that “these plans must meet the required conservation objectives and provide a means of ensuring accountability if conservation targets are not met.” 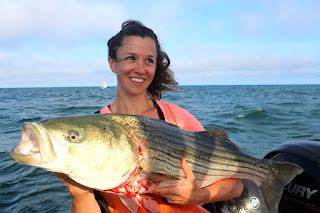 That’s especially important in the Bay, Moore added, because about 70% of the coastwide stock of striped bass are spawned there. Fishery managers in the Bay states of Maryland and Virginia proposed curtailing the recreational catch more than the commercial harvest, even though the commission had called for both sectors to share equally in the reductions.

Managers did so in large part to protect the livelihoods of watermen, but they also noted that recreational fishing accounts for a larger share of the striped bass losses. Anglers catch many more of the fish than their commercial counterparts, and still more die at anglers’ hands after being caught and then released because they were undersized or hooked out of season. 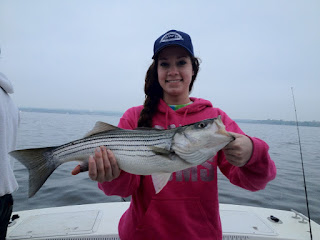 In Maryland and in the Potomac River, regulators proposed shaving the commercial harvest by only 1.8%, while aiming for a recreational catch 20.6 % below 2017 levels. The Virginia Marine Resources Commission, meanwhile, acted last year to reduce the commercial catch in the Bay by nearly 8%, while going for a 24% overall reduction in recreational losses in both the ocean and the Bay.

Virginia eliminated its spring trophy season for striped bass last year shortly after the scientists’ warning came out. The state commission also adopted recreational rules last summer limiting anglers, including charter customers, to one fish per day year-round, down from two before. Under the Maryland plan, its trophy season remains in place, though it’s delayed and shortened. There will also be a roughly two-week closure in late August, and the season will close for the year five days early in December. 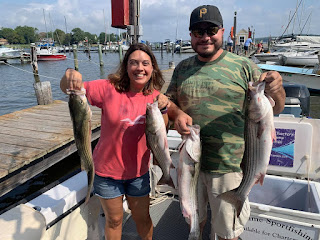 Anglers also will be forbidden to “target” striped bass for catch-and-release during the late summer closure and throughout April, just before the trophy season starts on May 1.

State officials say they want to curtail catch-and-release, a popular sport fishing practice, because scientists have found a significant percentage of fish die after being hooked and returned to the water. That mortality is highest in summer, when warm water and lower oxygen levels add to the stress of being caught and handled.

But the commission’s technical committee expressed a lack of confidence that a “no targeting” rule would reduce catch-and-release as much as Maryland managers calculated it would. The committee also questioned how well the rule could be enforced, because there’s often not one fishing method or gear that’s uniquely used for hooking striped bass. 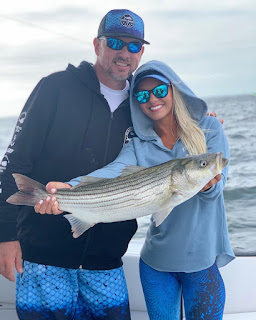 Michael Luisi, the DNR’s director of fishery monitoring and assessment, defended the state’s plan. He said the spring trophy season represented the only opportunity for Maryland anglers to catch the larger fish that can be caught most of the rest of the year roaming the coast.
He said that charter boat customers would be allowed to keep twice as many fish as private anglers because charter captains fear that a one-fish-a-day limit would kill their businesses.

Luisi also said the state has had a “no targeting” rule in effect for years in certain parts of the Bay and has cited anglers for violating it. Dan McKiernan, a Massachusetts fisheries official and board member, still expressed dismay that Maryland and Virginia had shifted so much of the reductions to recreational anglers. 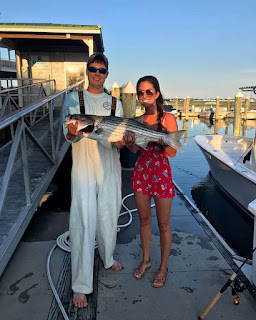 “It really surprises me that states can manipulate that rule and favor commercial over recreational,” he said. “I think that that shouldn’t have been allowed. No one communicated to us that you didn’t have to comply with that rule. That’s disturbing.”
Maryland’s plan won the board’s approval, by a 10–3 vote, with two abstentions.

“Unfortunately, serious concerns remain that Maryland’s plan will achieve the needed conservation benefit,” the Bay Foundation’s Chris Moore said. He noted that Maryland has failed in the past to limit striped bass harvest as much as it said it would, and he called for a “more risk-averse approach.” 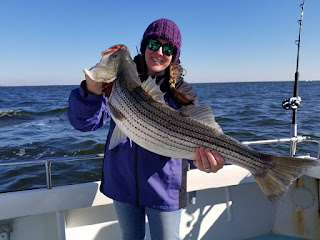 David Sikorski, executive director of the Coastal Conservation Association Maryland, representing about 1,400 saltwater anglers, likewise questioned the adequacy of the plan. He also complained that it placed an unwarranted and unfair share of reductions on sports anglers.

Allowing charter fishing clients to keep more fish “pits portions of the recreational fishery against each other,” he said. He also contended that there’s no justification for barring catch-and-release fishing in April, when the greatest mortality threat is midsummer. He likened that restriction to “holding the lettuce on a double bacon cheeseburger and pretending you’re on a diet.”

It will be different this year, for sure.