Georgia and I had a nice Valentine's Day. I bought her flowers, in the form of a small potted orchid with yellow blooms that was a target of opportunity when we went grocery shopping in the morning. She, in turn, gave me a plastic heart ring that was free with a cupcake at the bank, and told me I had to wear it all day. I did,

This afternoon we did a beach walk. It was cold and windy, and not a lot of fun, except for Skye, who just doesn't care about the weather. However, I did find this: 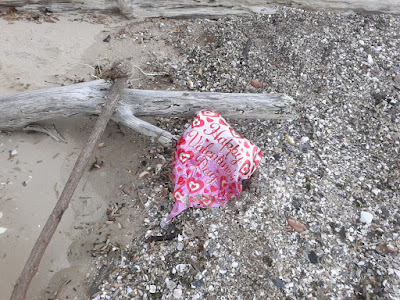 and gave it to Georgia. She punctured it with a pink straw she conveniently found on the beach and finished deflating it, and carried both back to the trash, so cows and sea turtles were saved. Funny juxtaposition, this article ran at Hot Air yesterday: Maryland Solves The World’s Ills By Moving To Ban The Release Of… Balloons. 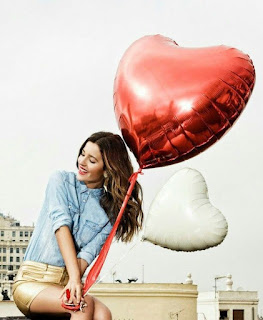 If you happen to live in Maryland and are planning a children’s birthday party or other outdoor celebration in the near future, you may want to keep an eye on this story. At least if you plan on buying any helium-filled balloons. The senate in the Old Line State has now passed legislation that would criminalize the intentional release of helium balloons. This is ostensibly being done to reduce plastic waste in the oceans and protect marine life. If the House also passes it and Larry Hogan signs off, perpetrators of balloon releases could be facing a stiff fine. (CBS Baltimore)


A bill that would ban balloon releases statewide has passed in the Maryland Senate. SB28 would prohibit balloon releases in the state except for those used for scientific or government purposes. People who “knowingly and intentionally” organize or take part in balloon releases would face a penalty of up to $250.
This wouldn’t be the first such ban to be made into law. As CBS notes, Queen Anne’s County banned balloon releases last year. A bit to the north of there, Suffolk, East Hampton and Southampton counties, all in New York State, each passed the same type of ban in recent years. 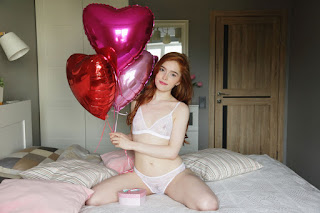 While it may sound rather silly to some people, I’m actually not all that opposed to banning the release of non-biodegradable plastic or mylar balloons. I originally didn’t imagine the number of them reaching the ocean could be all that high, but perhaps it is. Volunteers with a group called Ocean Conservancy claim to have picked up 93,913 balloons from the ocean in a single year. That’s a lot of plastic.
There’s also no question that quite a few species of marine life wind up mistaking balloons for food or getting tangled up in the strings and ribbons that are attached to them. This generally turns out to be a fatal situation sooner or later. While I remain generally annoyed at nanny state policies regulating every aspect of human life, this is an issue that affects everyone eventually, so there’s probably an argument to be made in favor of such regulation.