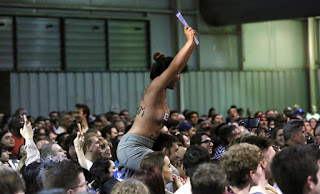 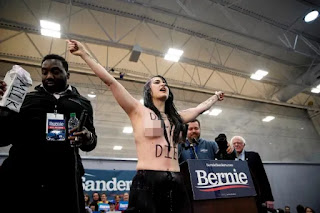 She was then confronted by security.

The protester was identified by The Hill as Priya Sawhney of the Animal Rights Network Direct Action Everywhere.

At least three other topless women also reached the stage with the words "let dairy die" written on their chests, according to The Hill. 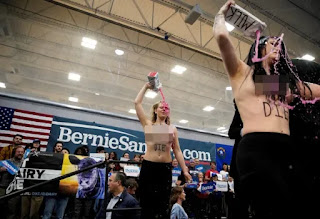 I don't want to discourage it or anything, but why do some women think  taking their tops will effect political change? It will get them looked at, though.

The Wombat was a day late with Rule 5 Monday: Annabella Sciorra. 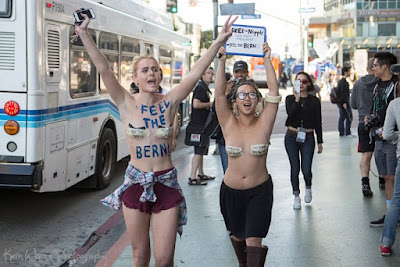