But maybe they should use this as an excuse to consider where they would cut if they end up having less than they want. Bay Journal, White House targets Chesapeake cleanup funding for 91% cut in 2021 budget


Undeterred by previous rebuffs by Congress, the Trump administration has once again proposed slashing funding for the Chesapeake Bay restoration.

The budget released Monday by the White House would provide $7.3 million to the U.S. Environmental Protection Agency for the Chesapeake Bay Program in the 2021 fiscal year, which begins Oct. 1. That’s a 91% reduction from this year’s funding for the federal-state effort.

Congress rejected those proposals, and last year actually increased funding to $85 million for fiscal year 2020, up from $73 million in recent years. 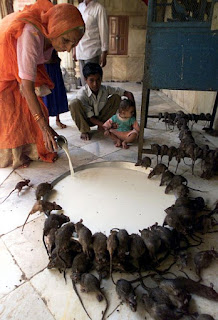 “The first year he did it, he cut it to zero,” Baker said.

The Chesapeake Bay Program coordinates bay restoration efforts in the states that are part of the Chesapeake Bay watershed, including Maryland, Virginia, Pennsylvania, and the District of Columbia.

Hogan said as chairman of the six-state Chesapeake Executive Council, “I will again lead a bipartisan effort to restore this funding. While the Trump administration continues to turn its back on the bay, we will keep fighting to protect one of our most precious natural assets.”

There are way too many rats drinking out of that bowl.
Posted by Fritz at 5:47 PM