It’s the hiding that really sells this, because otherwise it’s at least potentially defensible. Presidential candidates get ripped for not doing enough retail politics, especially in early states like Iowa and New Hampshire, where commercial flights aren’t all that abundant. Warren could simply have offered an explanation that on rare occasions in this particular context, a charter flight is necessary — but that it should be a choice of last resort. It would still be fairly hypocritical as environmental advocates rarely if ever concede anything about practicality when demanding that everyone else live according to their diktats, but at least it would address the obvious contradiction here.

Instead, Warren tries to use one of her aides as a human shield against the camera. Way to champion transparency and accountability, Senator! 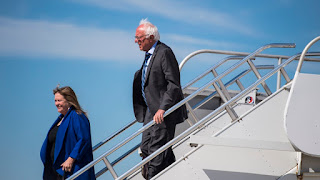 Why, just the other day I was searching for a picture of Fauxcahontas with a private jet. Now I know why.


Speaking of which, Warren’s hardly the only hypocrite in the Greta Thunberg Army. The Washington Free Beacon did an analysis of private-jet use by Democratic candidates, and guess who comes in first place? Feel the after-Berner, baby: 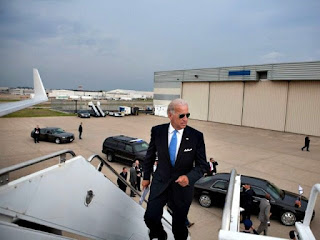 
Sanders and Warren aren’t alone on this score, either:

Those numbers don’t suggest “occasional logistical issues.” They suggest standard operational convenience, of the very same kind that Democrats demonize in their environmental lecturing. To paraphrase our colleague Instapundit, I’ll believe that climate change is an emergency when its hysterics start living like it is.

I'm gonna turn up the thermostat. We can afford it.
Posted by Fritz at 3:40 PM