The Problem from Wuhan

While everyone is reporting all the bad news with the novel Wuhan coronavirus, at least somebody finally posted an article that attempts provide some more information on the virus itself, and what that means to the potential for an epidemic. From Rud Istvan at WUWT. I have some long but selected excerpts, but you should read the whole thing: Wuhan Coronavirus–a WUWT Scientific Commentary

I served as CEO for a decade of a small private company that attempted (unsuccessfully for reasons beyond the scope of this post) to commercialize a novel topical antimicrobial PERSISTENT against all bacteria, all fungi, and many viruses including all colds, influenza and pinkeye. I had to teach myself the topic and its medical ramifications in order not to mislead my investors or misuse their several million dollars. Plus, we formed a pre-eminent science advisory board on infectious disease. Plus, in the 2009 swine flu scare, my corporate board forced interactions with NIH (Dr. Fauci), CDC, the FDA, and even the National Security Council (special briefing in the EOB at the WH, 2 hours, spooky)—because our FDA regulatory guy DIED in June 2009 from the swine flu contracted while on a cruise vacation to Mexico with his family (more below).
Those not interested in the background science sections can skip to the last sections of this longish comment, where the intervening basic science is applied to Wuhan coronavirus without further explanation.
. . .
It has been proven possible for a single mucosal cell to be infected ‘simultaneously’ by more than one viral seriotype. That is a simple math probability of virions and host cells Example: you have an easily transmissible ‘normal’ coronavirus cold already (defined below), go to Wuhan and also contract Wuhan. In your body those two different coronaviruses can now both be replicating in the same host cells, and because of RNA replication are indiscriminately exchanging genetic material. So you might end up with an attenuated virulence Wuhan, or a more virulent Wuhan—but most likely both.

First thing I learned, coronavirus is considered to be a cold virus (although not the most common type). So much for calling it "Wuflu".


The history of the 2009 Swine flu scare showed this. The novel new H1N1 seriotype started in Mexico, where my guy contracted his early fatal infection. For reasons explained below, flu is strongly seasonal. It was winter in South America, so the first hard hit country was Argentina. The mortality data were horrific (5.5%). But, this in hindsight meant the most virulent strains were already burning themselves out, since dead people cannot replicate virions. By the time swine flu reached the North American winter several months later, it was already significantly less virulent (1-2%, still very bad). What actually saved the situation was that based on Argentina, the world appropriately panicked, commandeered global conventional flu vaccine production, and crashed through a swine flu vaccine in just under 6 months at the expense of the normal next year stockpile.

But based on this, and the information skipped, which discussed different types of upper respiratory viruses, I'm not clear on the likelihood of a successful vaccine being produce for "Wucold"

As of this writing, there are a reported 37500 confirmed infections and 811 deaths. Those numbers are about as reliable as GAST in climate change. Many people do not have access to definitive diagnostic kits; China has a habit of reporting an underlying comorbidity (emphysema, COPD, asthma) as cause of death, the now known disease progression means deaths lag diagnoses by 2-3 weeks. A climate analogy is the US surface temperature measurement problems uncovered by the WUWT Surface Stations project.

There are a number of important general facts we DO now know, which together provide directional guidance about whether anyone should be concerned or alarmed. The information is pulled from reasonably reliable sources like WHO, CDC, NIH, and JAMA or NEJM case reports. Plus, we have an inadvertent cruise ship laboratory experiment presently underway in Japan.

The incubation period is about 10-14 days until symptoms (fever, cough) evidence. That is VERY BAD news, because it has been demonstrated beyond question (Germany, Japan, US) that human to human transmission PRECEDES symptoms by about a week. So unlike SARS where all air travelers got a fever screening (mine was to and from a medical conference in Panama City). Since transmission did not precede symptoms, SARS fever screening sufficed; with Wuhan fever screening is futile. That is why all the 14-day quarantines imposed last week; the only way to quarantine Wuhan coronavirus with certainty is to wait for symptoms to appear or not. Quarantine is disruptive and expensive, but very effective.

Once symptoms appear, disease progression is now predictable from sufficient hundreds of case reports—usual corona cold progression for about 7-10 days. But then there is a bifurcation. 75-80% of patients start improving. In 20-25%, they begin a rapid decline into lower respiratory pneumonia. It is a subset of these where the deaths occur with or without ICU intervention. And as whistleblower Dr. Li’s death in Wuhan proves, ICU intervention is no panacea. He was an otherwise healthy 34 years old doctor.

Ugh, 20-25% chance of a case progressing to a serious disease.


There are two (really now three) key epidemiological numbers: R0 pronounced medically as ‘Rnaught’ (or, as we now know, R0 before and after symptoms). R naught is how many naïves will a single infected individual infect? We know from the Japanese cruise ship Diamond Princess quarantine that R0 is at least ~2. (As of now, 63 diagnosed out of 2667 passengers and ~1100 crew). Since Japan has moved the 63 symptomatic patients to hospital isolation, that same cruise ship may in the next 14 days also provide an experimental symptomless Wuhan R0 estimate. Late revision update, now 69, so asymptomatic R0 is unfortunately above 1.

The second important number is mortality, a virulence metric. We don’t know the mortality rate yet even given 811 deaths/37500 diagnosed. That is because of the multi-week disease progression, even if there were no other data issues. SARS was about 10% in the end (774 deaths from about 8000 diagnosed). The “Spanish flu’ of 1918-19 was also ~10% or perhaps a bit higher (CDC guesstimate is 40-60 million died out of about 500 million infected). BTW, for those wanting to deep dive that last lethal viral pandemic, I highly recommend the NYT best selling book THE GREAT INFLUENZA by John Barry. Wuhan is very unlikely to reach anywhere close to that mortality; otherwise we would already have seen many more deaths.

We also now know from a JAMA report Friday 2/7/2020 analyzing spread of Wuhan coronavirus inside a Wuhan hospital, that 41% of patients were infected within the hospital—meaning the ubiquitous surgical masks DO NOT work as prevention. The shortage of masks is symptomatic of panic, not efficacy. 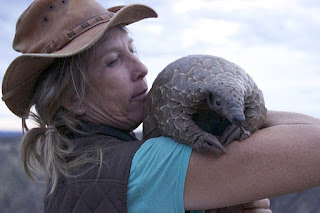 So much for buying a bunch of surgical masks to wear in public. If it's like most colds, most of the transmission occurs through touch. And Purell type hand disinfectants are likely to not be particularly effective. Use soap and water. Lots and long.


Scientists last week also traced the source. There are two clues. Wuhan is now known to be 96% genetically similar to an endemic Asian bat corona. Like SARS and ‘Spanish flu’, it jumped to humans via an intermediate mammal species. No bats were sold in the Huanan wet market in Wuhan. But pangolins were, and as of Friday there is a 99% genetic match between pangolin corona and Wuhan human corona. Trade in wild pangolins is illegal, but the meat is considered a delicacy in China and Vietnam and pangolins WERE sold in the Wuhan wet market. This is is similar to SARS in 2003. A bat corona jumped to humans via live civets in another Chinese wet market. Xi’s ‘simple’ permanent SARS/Wuhan coronavirus solution is to ban Chinese wet markets.


This is similar to what is now known about the 1918-19 H1N1 ‘Spanish flu’. It started as a 1917 avian H1N1 (wild duck, Mississippi flyway, fall migration) influenza. It was hosted and incubated in an intermediary species, hogs, in Haskell County, Kansas for the rest of that year. A country doctor tending surprisingly many severe flu cases among hog farmer families as winter 1918 began raised an alarm, but his public health warnings were ignored. Then it jumped from Haskell County, Kansas hog farmers to Camp Funston, Kansas soldiers during winter 1918, where doughboys were training then deploying to Europe to finish the great war. The rest was history, with an R0 guesstimated between 2 and 3.

I had forgotten that the so-called 'Spanish Flu' originated in the United States.

Should the world be concerned? Perhaps.

Will there be a terrible Wuhan pandemic? Probably not.
. . .
Proven human to human transmissibility and the likely (since proven) ineffectiveness of surgical masks were real early concerns. But the Wuhan virus will probably not become pandemic, or even endemic.

We know it can be isolated and transmission stopped with 14-day quarantine followed by symptomatic clinical isolation and ICU treatment if needed.

We know from infectivity duration on surfaces that it cannot be spread from China via ship cargo. And cargo ship crews can simply not be given shore leave until their symptomless ocean transit time plus port time passes 14 days.

Eliminating Chinese wet markets and the illegal trade in pangolins prevents another outbreak ever emerging from the wild, unfortunately unlike Ebola<

And warmer weather is on the way, and cold and flu viruses become less transmissible in warmer weather, for various reasons. So it's maybe not as bad as it sounds, but I hate things that kill you and grow exponentially. I wonder what the prognosis is for successful anti-virals?
Posted by Fritz at 12:46 PM