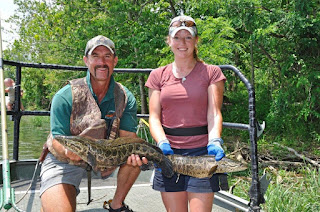 
A partnership overseeing fish passage at Conowingo Dam reports that 81 northern snakeheads were caught in the dam’s fish lift this spring, a dramatic increase after only one snakehead was found there the past two years. While all known snakeheads were stopped and dispatched before reaching the dam’s reservoir, the Maryland Department of Natural Resourcesand its partners warn of a possible northern expansion by the aggressively invasive species into the Susquehanna River. 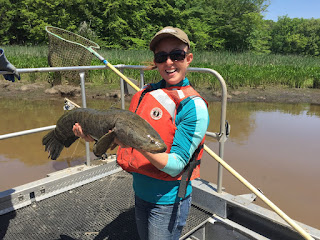 Two fish lifts were installed on the east and west sides of the Conowingo Dam decades ago to allow passage of migratory fish such as American shad and river herring. The fish lifts are critical for migratory species restoration and a requirement by the Federal Energy Regulatory Commission.

These fish lifts operate during the spring migration, which is also when snakeheads are known to travel longer distances in the watershed. All snakeheads captured this year were in the western side of the dam. 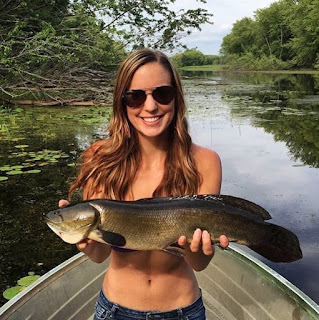 In 2017, one snakehead was observed passing from the lower Susquehanna River and upstream to Conowingo Pond through the east fish lift. An agreement was established in 2018 between the Conowingo Dam’s owner, Exelon, and the Susquehanna River Anadromous Fish Restoration Cooperative (SRAFRC) to implement voluntary, adaptive best management practices that reduce the spread of northern snakeheads while still allowing migratory fish passage.

Smaller dams upstream of Conowingo Pond, which include Holtwood, Safe Harbor, and York Haven, may also slow the spread of snakeheads in Susquehanna River to Pennsylvania and New York. 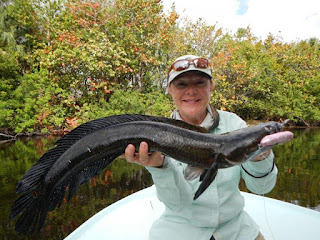 An 18 fold increase in one year? It looks like the snakeheads are probing for a foothold.

Northern snakeheads were first observed in Maryland waters in 2002, and shortly after its discovery in Potomac River in 2004, the species gained a foothold in tidal waters. Since then it has spread to every major tributary of the Chesapeake Bay.

Anglers can catch and keep any size and any number of snakeheads year-round to help reduce the population. Anglers are also asked to report snakeheads caught in Maryland to fishingreports.dnr@maryland.gov or 410-260-8300.

That's quite the professional electrofishing rig she's got there.