The faux outrage of the day is the furor around President Trumps statement to George Stuffingenvelopes, whose former boss Hillary Clinton bought Russian dirt on Donald Trump from a British spy, that sure, he would consider using dirt brought to him by a foreigner, and that he might or might not tell the FBI. WaPoo!(30 day pass),  Trump just mused openly about committing what might well be a crime and Trump upends long-held views on foreign election help, Hey, remember when Teddy Kennedy solicited the USSR's help against Reagan? Good Times? SFGate, FEC chairwoman warns candidates not to accept help from foreign governments. From Da Hill Fox's Napolitano warns Trump: 'A felony' to accept foreign help for reelection. At Mediaite, Laura Ingraham on Trump Talking About Foreign Dirt in Interview: ‘Why He Was Put in That Situation Is Beyond Me.

Via the Wombat's In The Mailbox: 06.13.19, Power Line calls the reactions A New Low In Press Cluelessness


Trump is right on both points, although whether it makes sense to call the FBI depends on what the information is. Suppose, for example, that Israeli intelligence discovered Bernie Sanders is cooperating with a Communist country. No doubt Trump should report that to the Bureau.


One of Trump’s challengers, former Vice President Joe Biden, tweeted: “President Trump is once again welcoming foreign interference in our elections. This isn’t about politics. It is a threat to our national security. An American President should not seek their aid and abet those who seek to undermine democracy.”

Conveying information is not “foreign interference in our elections.” More on that later.

Trump’s comments came just a month after he pledged not to use information stolen by foreign adversaries in his 2020 reelection campaign, even as he wrongly insisted he hadn’t used such information to his benefit in 2016.

Trump was not asked about “information stolen by foreign adversaries” in yesterday’s interview, so the alleged contradiction doesn’t exist. And how did Trump “use such information to his benefit in 2016,” a claim the Post repeats twice? Evidently they are talking about Trump’s occasional references to the shenanigans that the DNC pulled in order to guarantee Hillary Clinton the nomination, as revealed in DNC emails that were published by Wikileaks. Does the Post seriously think that Trump should have gone through the campaign without mentioning facts that everyone knew, on the theory that the Russians might have been the ones who originally phished the DNC’s email account? If so, the claim is ridiculous.
. . .
As Trump told Stephanopoulos, there is nothing wrong with listening to information that anyone, foreign or domestic, might have that is relevant to a presidential candidate. But what is blindingly obvious, yet absent from every Democratic Party news account feigning horror at the ABC interview, is that the Hillary Clinton campaign didn’t just receive “foreign dirt” on the Trump campaign. It paid for foreign sources to fabricate lies about Trump, which it then disseminated to the press. Listen to “foreign dirt”? The Clinton paid for it!

Information is just information. It needs to be checked for accuracy, and it's source considered for their possible motives.


U.S. Attorney John Durham's team wants to talk to at least one senior counterintelligence official and a senior analyst who examined Russia's role in meddling in the 2016 election, according to the New York Times.

Although formal requests have not yet been submitted, CIA Director Gina Haspel informed senior officials that her agency will cooperate, but will work to ensure that sources, methods, and intelligence provided by allies would be protected.

Remember, we're still awaiting a determination as to the color of Gina's hat. Hot Air catches the NYT playing defense for the CIA in Justice Dept. Seeks To Question CIA Officers In Russia Inquiry Review


While the Justice Department review is not a criminal inquiry, it has provoked anxiety in the ranks of the C.I.A., according to former officials. Senior agency officials have questioned why the C.I.A.’s analytical work should be subjected to a federal prosecutor’s scrutiny. Attorney General William P. Barr, who is overseeing the review, assigned the United States attorney in Connecticut, John H. Durham, to conduct it.


Old media mantra: We must investigate everything to make sure that democracy was not subverted

New media mantra: How dare you investigate anyone to find out if democracy was subverted?

And speaking of the CIA, Carter Page brings us the story of another convenient omission from the Mueller report. From RCP, Carter Page Says He Consulted For FBI, CIA, State Department For Years Before Becoming Subject Of Russia Probe and at Town Hall, Oh, Another Omission? Carter Page Says The Mueller Report Only Tells Half The Story. But that wouldn't convey the impression that the FISA warrant on Page was well predicated. That makes three. When we finally find out for sure that the Mysterious Mr. Mifsud was a western agent, that will make four.

Ace finally get off his fat ass and responds to Eric Felten: Bruce Ohr Deliberately Concealed His Wife's Work for Fusion GPS from Federal Ethics Disclosures; Got No Punishment "I'm sure this was just a careless oversight."


This is an excellent development as Sidney Powell is one of the few legal advocates with a firm grasp on the surrounding dynamic.  Additionally, Mrs. Powell is smart to the tricks and corrupt tactics of Andrew Weissmann and the assembled crew of Robert Mueller.

It will likely take several weeks for Powell to review the case file (must be rather large), and given the background of corrupt FBI activity, hopefully Lt. Gen. Michael Flynn and Sidney Powell can mount an offense.

Twitchy, ‘What bias tho?’ Andrew McCabe’s negative comment about Sarah Sanders cracks up MSNBC’s Nicolle Wallace [video]. We don't miss you either, Andy. We'd miss you less if you end up in the hoosegow.

And at long last, Hope Hicks to testify behind closed doors before House Judiciary next Wednesday (CNN). The Donald sure know how to pick 'em. 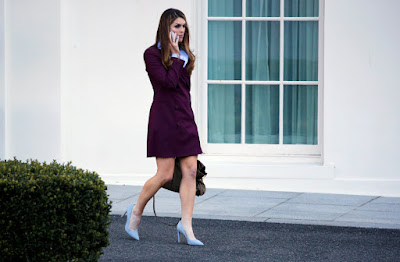 The Wombat was only a day late with Rule 5 Tuesday: Halle Berry and on time with FMJRA 2.0: Welcome To The Club. 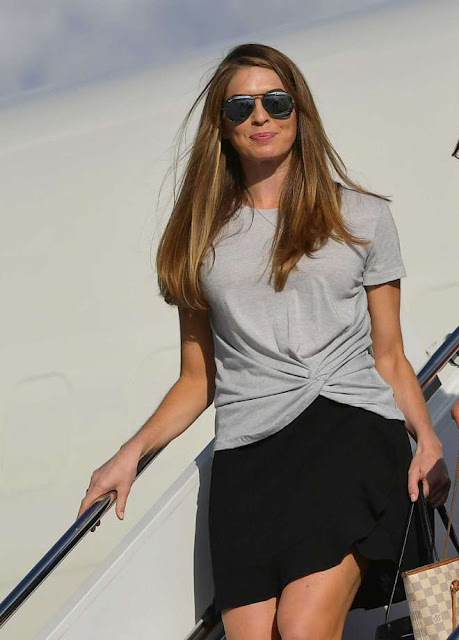 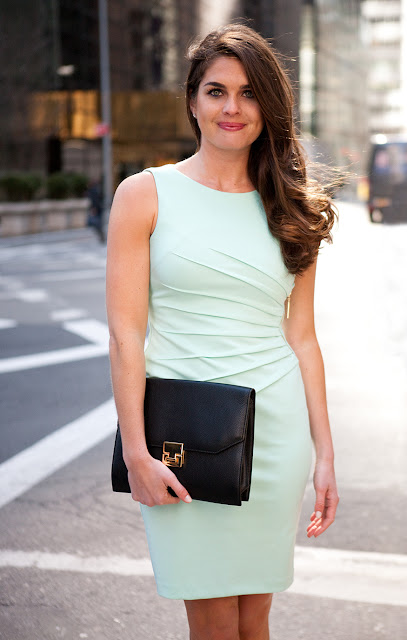 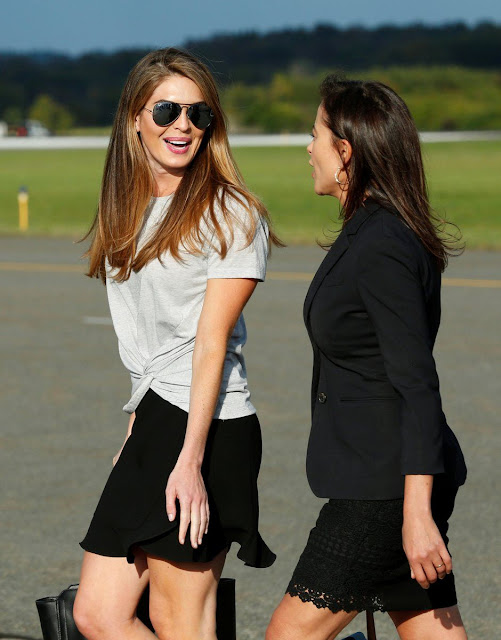 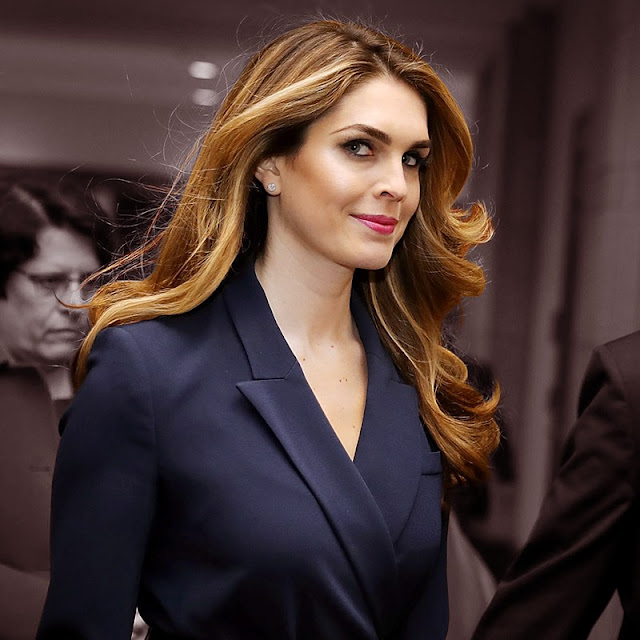 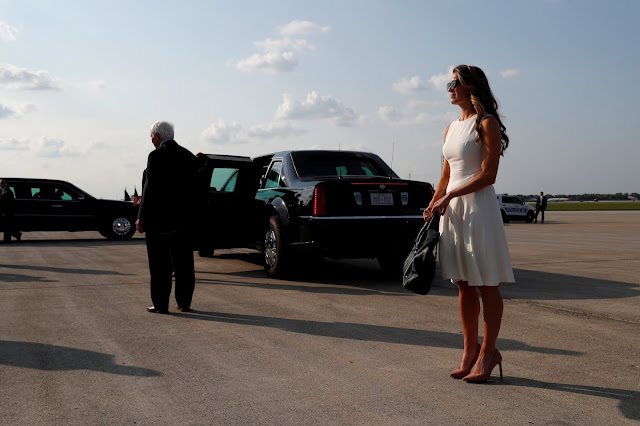