Of course, the talk of "the town" (Washington D.C.) is the upcoming Mueller testimony to the House Intelligence (an oxymoron if there ever was one) and Judiciary (almost as bad) committees on July 17.

Mueller agreeing to testify is a marked contrast with the position he took at his only public appearance since the end of his investigation. “I hope and expect this to be the only time I will speak to you in this manner," Mueller said on May 29. “I am making that decision myself. No one has told me whether I can or should testify or speak further about this matter.”

At the time, Mueller said he would decline to discuss anything further than what is detailed in his 448-page report and made clear that he didn’t want to speak out again in public.


Democrats have been talking about bringing Mueller in to testify since his investigation wrapped in March, and their decision to issue subpoenas comes more than a month after the initial date that Nadler had floated for Mueller to appear.

Since then, Democrats have continued to negotiate with Mueller, holding out hope he would agree to testify voluntarily. While Mueller stated he did not wish appear before Congress, Democrats — and some Republicans — have said they still believe Mueller should testify. Democrats have argued that the American people can hear directly from the special counsel in a public setting, and lawmakers in both parties have said they want to ask him about some of the decisions made during the investigation.

"I hope the special counsel's testimony marks an end to the political gamesmanship that Judiciary Democrats have pursued at great cost to taxpayers," said Rep. Doug Collins of Georgia, the top Republican on the Judiciary Committee. "May this testimony bring to House Democrats the closure that the rest of America has enjoyed for months, and may it enable them to return to the business of legislating."


Why? Well, the politically expedient RUSSIA-collusion hoax is fading from the news cycle. The late-night court jesters are short on unfunny material to quack out. Current and former subpoenaed WH administration officials are not providing the ammunition information for show trial hearings and their contested appearances are going to be held up while the Democrats' demands work their way through the legal system. How to keep this story alive? Let's get Mueller to testify! Mueller always plays ball. He gladly held a post-Barr press conference to provide some chum for his media and Democrat allies when the AG wisely stripped Mueller's propaganda report down to its conclusions, denying the #resistance an opportunity to set the "narrative." And now here comes Bob Mueller to attempt to reorient the public consciousness once more. 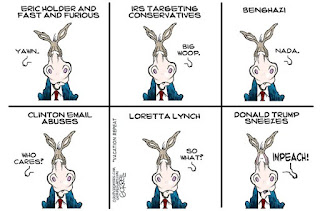 Nadler agrees! I Expect Mueller’s Testimony On July 17 To Have A “Profound Impact” (Anti-Trumper AllahPundit at Hot Air)


I think Nadler’s more right than wrong in the clip below if if if he can get Mueller to walk through the details of the report in his answers. That’s all Democrats want out of this — a televised tutorial on the report’s contents from the man who wrote it, amid a media circus that guarantees millions of viewers. No one expects Mueller to say that he personally believes Trump committed obstruction of justice or that Bill Barr abdicated his duty as AG by not including Mueller’s own summaries in his initial letter to Congress about the report’s findings. He’s been clear that he’d rather not testify, warning Congress in his short press conference a few weeks ago that he wouldn’t discuss anything that’s not in the report itself. He’ll try hard not to make any news in his testimony. But that’s fine by Dems. Their chief concern about the report at this point is that many Americans still don’t know what’s in it. Most haven’t read it; all they may know about it is what they’ve heard on Fox or conservative talk radio. Their best bet to counter Trump’s message that he was totally exonerated is to have Mueller himself on TV affirming repeatedly, for hours on end, that he wasn’t exonerated on obstruction. We live in an age of video, not print. If you want your political message to penetrate, you need to put on a show. Just look who’s president!

Fresh from the Wombat's In The Mailbox: 06.26.19, Mark Steyn, a Brit, has some interesting things to say about the Mueller matter in Muelling About:

1) Let me start with an immigrant's observation: My sweetly naïve understanding of an "independent counsel" is that he should be "independent". For example, even in the presently desiccated condition of the Commonwealth, it's generally understood that, when you've got a problem and you want someone independent to investigate it, "independent" means outsider. Three examples off the top of my head
. . .
I appreciate that all the above is easier to do in the remnants of empire than it is in the American system. But there isn't even the figleaf of "independence" when you appoint a career swamp-dweller like Robert Mueller, a man who has relationships with every player in Washington going back decades. The parade of hacks infesting the cable shows to inform us solemnly that they've known Mueller for years and he's the very apotheosis of a straight shooter is, in fact, the strongest evidence of why he should never have been appointed: he's the insiders' insider. When Mueller decided to stage his pre-dawn swoop on Paul Manafort's bedroom, for example, he was raiding the home of a longtime client of his own law firm, WilmerHale.

and concludes (after nine more):


The FBI and DoJ are in at least as bad a state as the Turks and Caicos government was. So perhaps, if Mueller has the decency to resign, he could recommend a Tripartite Commission of Sir Robin Auld, General de Chastelain and Mr Warner. Absent that:


a) Any future independent counsels should be genuinely independent - ie, non-Washingtonians;
b) They should not use the FBI as their investigators;
c) They should have no authority to charge their targets with federal "process" crimes, such as lying to the FBI (as Flynn and Papadopoulos were strongarmed into confessing to).

It is not unreasonable to conclude that this pseudo-investigation is an elaborate bit of FBI dinner theatre to obscure Strzok and others' attempt to subvert the election. What Strzok and Ohr have done is far worse than anything Flynn and Papadopoulos did: why should only the latter face jail time? 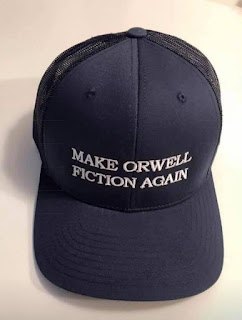 Which is as good a segue back into the swamp of spygate as I'm going to find. Wombat also introduced Dan John Sobieski's Dossier 2.0 -- Mueller's 'Black Cash' Ledger at AmThink, another recitation of how Mueller's team back-channeled a fallacious account of Paul Manaforts finances through the media to get search warrants, and then introduced them into the vaunted Mueller report.


Mueller lied about the aforementioned Konstantin Kiliminik, citing him as being a Russian operative in his report while he was actually a State Department informant.

Both can be true, but certainly the latter is a mitigating fact inconvenient to Manafort's prosecution that they managed to leave out of the report, and Manafort's trial. And on that same theme, Margot Cleveland at Da Fed notes how Michael Flynn Attorney Suggests Special Counsel Withheld Key Information From His Defense. Once is happenstance, twice is coincidence . . .


"When history of this scandal is written, one person will be blamed and should be blamed for the entire wasting of two years of President Trump's presidency. Rod Rosenstein was a coward," DiGenova told host Lou Dobbs.
. . .
"He didn't know how to tell McCabe and those people to stop fooling around and messing around with Trump," DiGenova said. "He came in, he found out about the Hillary Clinton investigation. He saw how rabidly anti-Trump they were, and he, Rosenstein, caved and gave up the power of the attorney general and the deputy attorney general to a bunch of corrupt FBI officials. And that third scope memo is proof that he was scared to death of McCabe."

(Via Fox Op-ed) – Stunning new information just released by the American Center for Law and Justice (ACLJ) shows that the Obama administration stepped up efforts – just days before President Trump took office – to undermine Trump and his administration.

The ACLJ, where I serve as chief counsel, has obtained records that show the Office of the Director of National Intelligence, under Director James Clapper, eagerly pushed to get new procedures as part of an anti-Trump effort. The procedures increased access to raw signals intelligence before the conclusion of the Obama administration, just days before President Trump was inaugurated.

By greatly expanding access to classified information by unelected, unaccountable bureaucrats, the Obama administration paved the way for a shadow government to leak classified information – endangering our national security and severely jeopardizing the integrity and reputation of our critical national security apparatus – in an attempt to undermine President Trump.

The documents confirmed what we suspected: the Office of the Director of National Intelligence rushed to get the new “procedures signed by the Attorney General before the conclusion of this administration,” referring to the Obama administration.

And documents the ACLJ received that were produced by the National Security Agency show that NSA officials discussed that they “could have a signature from the AG as early as this week, certainly prior to the 20th of Jan.” In other words, certainly before President Trump’s inauguration. (more from Sekulow)

And this mornings musical segment, (Don't let the bag pipes put you off, wait for his statement):


What a great AG! And last (and probably least), Jonathan Bernstein at Bloomberg, Democrats Should Stop the ‘Lock Him Up’ Chants


Presidents and candidates should protect the independence of the Justice Department. If Democrats think it’s an abuse of power for the president to choose who gets prosecuted and who doesn’t, then they shouldn’t support anything that sounds remotely like presidential interference in criminal cases. And yet, asked if she’d want the Justice Department to prosecute Trump if she becomes president, Senator Kamala Harris answered: “I believe that they would have no choice, and that they should, yes.”

Lawmakers who aren’t running for president don’t have quite the same responsibility. But Congress is hardly irrelevant to what executive-branch departments do. I can’t quite envision a rider on a spending bill forcing the Justice Department to prosecute (or not) some political actor, but it’s not as far-fetched to imagine a committee chair using the budget process to push for specific behavior, or even senators conditioning their confirmation of an attorney general or other nominee on how they’d deal with specific cases.