Why is Baltimore So Trashy? 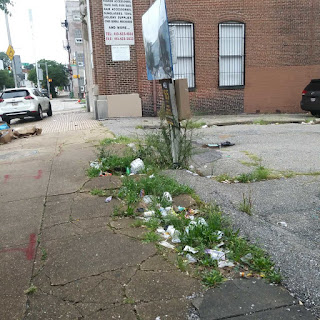 Asked and answered by the Baltimore Sun: You asked: Why is there so much litter in Baltimore? We dug into the city's trash problem. A lot of psychological garbage, but the basic answer is that the inhabitants just don't give a damn.


From downtown curbs to vacant lots, litter abounds in Baltimore. It’s hardly a unique problem, but managing litter is complex because it is both entrenched in and dwarfed by larger issues in the city like violence and poverty.

“It’s really rooted to a lot of the deep systemic challenges that we’re facing as a city in a way that it’s much more complex than just, like, ‘Oh, this person doesn’t care about the environment so they threw their trash on the ground.’ It’s much more than that,” said Ashley Van Stone, executive director of Trash Free Maryland. “A lot of times there’s a much deeper motivation for the behavior.” 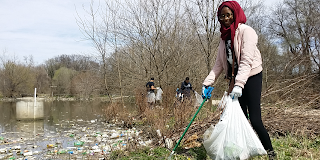 Cleaning up litter — particularly before it enters waterways that lead to the Chesapeake Bay — is one thing. But preventing people from ditching their trash where it doesn’t belong requires a shift in mindsets — a heavier lift than simply picking up garbage.

“I can’t unsee … a single piece of litter,” Van Stone said. “The challenge is so big. Can we really tackle it?”

As the next installment in a series of stories inspired by readers’ questions, The Baltimore Sun took a look at the city’s mounting litter problem, the forces at play behind trash and what’s being done to address it.
. . .
Theresa DiDonato, an associate professor of psychology at Loyola University Maryland, agreed litter begets litter. There’s a push and pull between unspoken societal norms (in this case, the understanding that littering is wrong), and how people actually act. It all comes down to context. 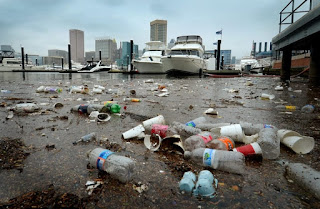 So maybe one answer is to identify a few likely places to start, and do a thorough cleaning and challenge the populace to keep it that way. If it works there, expand the program


In a city struggling with widespread violence, addiction, poverty and segregation, litter can seem like a lesser problem. But the issues are often correlated.

A 2016 study by Trash Free Maryland found Baltimoreans were reluctant to pick up litter for fear of what they might find — namely, syringes.

“That’s a heightened concern and a very realistic one, as well as the frustration of the condition that some communities are in and it almost being an act of rebellion to the frustration and the disappointment of a feeling like your community is neglected and not cared for,” Van Stone said. “‘What does does it matter if I throw this litter on the ground? Like, no one cares about me; no one cares about my community.’”

Trash collectors who arrive to tidy up vacant properties are sometimes met by drug dealers who turn them away, saying their stashes are hidden inside, Chalmers said. And some DPW workers have found dead bodies while cleaning lots.