A Bad Year for Bees 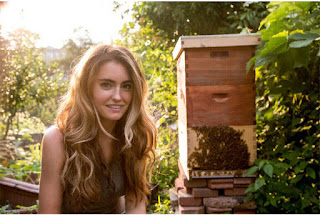 This came in the Chesapeake Bay news feed today, so I'm calling it my Chesapeake Bay post for the day, but it seems to a more general problem. Honeybee losses highest in 13 years this winter, University of Maryland-led survey finds

Honeybees are no longer disappearing suddenly and mysteriously. They’re dying persistently, in plain sight, and scientists often know why.

A parasitic mite is infesting commercial colonies, latching onto bees and sucking out the tissue that stores their energy and protein. The invasion is weakening the bees tolerance to pesticides, introducing new viruses and exacerbating a shortage of flowering plants they forage for nectar.

And the losses are mounting. A University of Maryland-led survey released Wednesday shows U.S. beekeepers lost 38% of their bee colonies last winter, the most seen in 13 years of research. 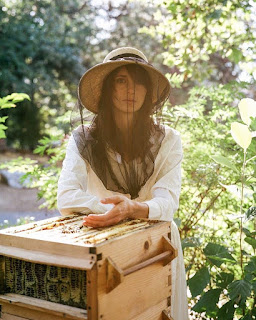 Those losses threaten an often overlooked but fundamental segment of the nation’s agriculture industry. Commercially raised honeybees pollinate $15 billion worth of the country’s food crops each year.


It’s still not clear why, in 2006, bees began abandoning otherwise healthy colonies, a phenomenon that became known as colony collapse disorder. Scientists have been conducting annual surveys of bee losses ever since, in hopes of learning how they can better protect the pollinators.

But the latest survey results show the woes of the bees aren’t over. On average since 2006, beekeepers have lost about 30% of colonies each winter, when hives must subsist on honey reserves to survive. But this winter, that figure jumped, surpassing a previous high of 36% in the winter of 2007-2008, the survey found. Over the past year, about 41% of commercial colonies have failed.


“We don’t seem to be making particularly great progress to reduce overall losses,” said Geoffrey Williams, an assistant professor of entomology at Auburn University and co-author of the survey.

There are some 2.69 million commercial honeybee colonies across the country, including about 14,000 in Maryland. Many of them are actually mobile apiaries, moving around the continent throughout the growing season, depending on what is blooming when and where. As honeybees forage for nectar, they spread pollen, fertilizing flowers that then produce fruit and nuts. The bees produce honey to live on over the winter.

Varroa mites began attacking commercial honeybee colonies in the United States in the 1980s, jumping from an Asian variety of bees to the European breed that has been used commercially to make honey in this country since colonial times. The parasites latch onto honeybees and their brood, eventually sucking the life from a hive if not checked with a variety of countermeasures beekeepers use to stop their spread. “If you control them, your bees are fine,” said Jim Fraser, president of the Maryland Beekeepers Association. “There are an awful lot of people who don’t control them.”

But, as I blogged a few years ago in Honeybees - Not Yet Dead, all is not doom and gloom.


A 2012 working paper by Randal R. Tucker and Walter N. Thurman, a pair of agricultural economists, explains that seasonal die-offs have always been a part of beekeeping: they report that before CCD, American beekeepers would typically lose 14 percent of their colonies a year, on average.

So beekeepers have devised two main ways to replenish their stock. The first method involves splitting one healthy colony into two separate colonies: put half the bees into a new beehive, order them a new queen online (retail price: $25 or so), and voila: two healthy hives.

The other method involves simply buying a bunch of bees to replace the ones you lost. You can buy 3 pounds of "packaged" bees, plus a queen, for about $100 or so. 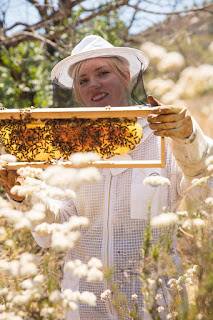 Incidentally, the current online price of a queen bee seems to be about $40. The market works.

Also note that Honeybees are not a native to the Western Hemisphere, and are technically an invasive species (particularly so in the case of so-called African Bees). It sounds like their native parasites are starting to catch up with them.

As I noted back in 2015, I see very few honey bees anymore, but our flowers are always swarming with a large number of bumble bees and other native bees.