A pair of dolphins that spend summers in the Washington region now have something else in common with many of the other mammals who live here: They have names.

This region is a center of the democratic (small d) idea, and appropriately enough the names, according to an announcement Friday from the Potomac Conservancy and the Potomac-Chesapeake Dolphin Project, were selected by public vote.

One dolphin has been dubbed Mac. If that syllable seems to suggest the last three letters of the area’s major river, the Potomac, that was intentional. 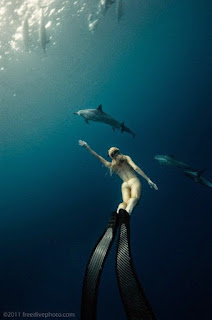 The other great waterway, the renowned estuary known as the Chesapeake Bay, has contributed to the name of the other dolphin. It received the name “Chessie.”

The conservancy describes itself as this region’s “leading clean water advocate.” The dolphin project describes its mission as to better understand and protect the region’s dolphins.

On May 15, the two organizations joined in soliciting names for two dolphins that had for some time been frequenting area waters in relative anonymity. 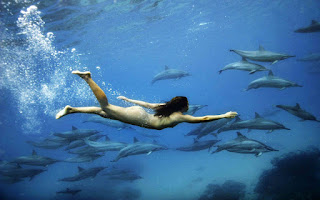 Providing names for the dolphins may serve a similar purpose to bestowing names upon such other animals: It helps in telling them apart. As an aid to tracking dolphins, the project said it identifies them by their dorsal fins and assigns to each a unique name. 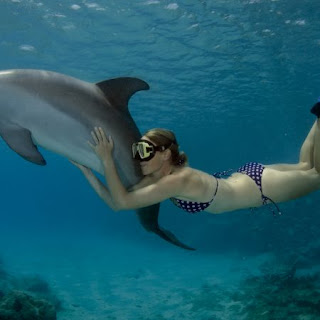 So far, the group said, a total of more than 1,000 dolphins have been identified in the river. It said the river and bay may harbor many more. The project said it has provided names to 304 dolphins, including those of presidents, vice presidents, first ladies and members of Congress.
. . .
The two newly named dolphins had previously been designated only as D1 and D2, seemingly pallid and drab ways of identifying the highly popular creatures.

Wombat has Rule 5 Sunday: Cheryl Ann Tweedy working toward your amusement and education.
Posted by Fritz at 10:01 AM