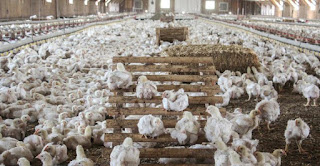 Fresh evidence collected in a corner of Virginia where chicken farm construction has boomed in recent years casts doubt on one of the most enduring criticisms of the industry: that the operations contaminate local streams with nutrients and harmful bacteria.

A Virginia Institute of Marine Science study found no “smoking gun” to suggest a link between chicken farms on the state’s Eastern Shore and downstream pollution, said Richard Snyder, the report’s lead author.

His samples revealed a mixed bag of results. Streams near poultry sites typically had higher amounts of nitrogen and bacteria associated with animal guts than those not affected by farm runoff. But they also had lower ammonia and phosphorus counts.

Because no strong pollution links emerged one way or the other, Snyder and co-author Paige Ross wrote, the information “does not suggest stormwater runoff impacts from poultry operations.” 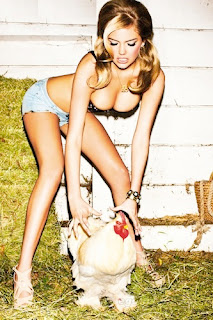 I think you can imagine who this study made happy, and who it annoyed.


Poultry industry leaders embraced the findings as proof that modern stormwater management practices are paying off. Chickens produced for the region’s meat-packing companies are raised inside large, shed-like “houses,” and their manure is stored in covered buildings until it’s ready to be used as fertilizer on nearby cropland. 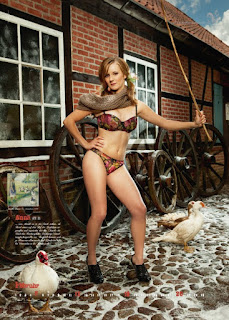 Pretty fair. What ever problems they are creating are small enough not to be significantly stand out over the background concentrations.  However . . .


Environmentalists applauded the VIMS researchers for trying to answer water quality questions that have long loomed over the industry. But they are raising questions about the study’s usefulness.

“I think we’re hesitant to make any drastic conclusions from it,” said Joe Wood, a Virginia-based scientist with the Chesapeake Bay Foundation. “Every little bit of data helps, but from our perspective, it’s hard to interpret this very difficult issue from a small pool of data.”

The Snyder and Ross report relies on samples taken at three different times — one during dry weather last July, another after a heavy rain later that month and a final one during a November drizzle. That’s not enough to draw conclusions from, Wood said.

The researchers took water samples at about 40 spots along ditches and streams where they crossed beneath roads. Wood said he would have liked to have seen them taken at the outfalls of the facilities. Taking them farther downstream all but ensures that pollution concentrations will be diluted and other factors, such as other pollution sources, will come into play, he added.

More data is always better, and I would expect such a study to continue over a longer period of more samplings, but it seems like a good start.