Free Advice, Worth What You Pay For It 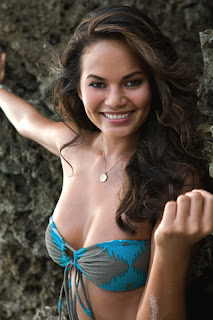 Why Are John Legend And Chrissy Teigen Advising Democrats During Annual Retreat?

Who knew that singer John Legend and his model/cookbook author wife Chrissy Teigen (NSFW link) were advisers to House Democrats? The celebrity couple was hosted by Speaker Nancy Pelosi at an annual three-day policy retreat held in Leesburg, Virginia last week. Pelosi refers to the two of them as long-time supporters of hers and the Democrat Party. 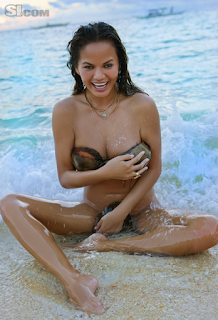 Chrissy is, of course, a former Rule 5 star, and has been featured in a number of other posts.


Pelosi introduced Legend and Teigen Wednesday during the retreat’s opening night. Political commentator and Elle Magazine contributor Melissa Harris-Perry moderated a panel discussion with them that ran about an hour. You may remember Harris-Perry from her time hosting her own show on MSNBC. She infamously wore a pair of tampon earrings during one show to protest a bill signed by then-Governor Rick Perry in Texas banning late-term abortion. John Legend credits his wife (NSFW link) with an astute sense of who exactly Donald Trump is and was even before he ran for president. 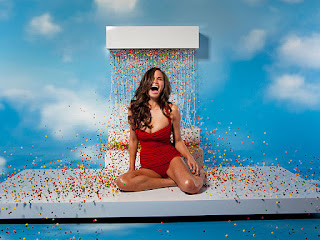 Wow, a celebrity who didn't like Trump; how unusual!


According to The Hill, Democrats are meant to discuss their legislative agenda for the year at the annual gathering, and Teigen and Legend were there to kick off the opening night. At the panel, which was moderated by political commentator and ELLE contributor Melissa Harris-Perry, Legend told the crowd that Teigen (NSFW link) “knew well before a lot of America did that [Trump] was a joke and a conman and a clown.” He continued, “She was prescient long before he ever thought about running for president. She was on point with that.” 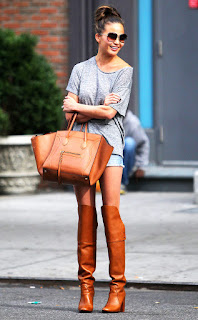 I'll take my 3% GDP growth from a clown rather than 1% from a guy with neatly creased pants, thank you very much.


After weighing in on topics such as President Trump’s immigration policy, the press was ushered out. The panel discussion had been relatively uneventful while the press was present, as the reporting goes. Then things got a little spicy as the power couple began to toss around the f-word. Harris-Perry asked Chrissy what word women should say more often. Nancy Pelosi is fond of saying that women should say “non” more often than they do. Teigen (NSFW link) replied, “F— you.” Classy, right? 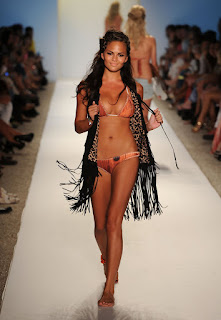 Teigen (NSFW link) was able to work in some criticism of First Daughter and presidential adviser Ivanka Trump, too, as it pertained to immigration policy. She mocked Ivanka’s photos on Instagram of her children. Instead of blaming the decisions made by parents trying to illegally enter America, she blames the Trump administration for the parents’ actions.

So they brought in Crissy and John to confirm their prejudices? That'll help 'em in fly over country next election, right?

The Wombat has Rule 5 Sunday: Aisha Tyler awaiting your digital pleasure.
Posted by Fritz at 7:44 AM