It's down to a dull roar; maybe I can make it through. 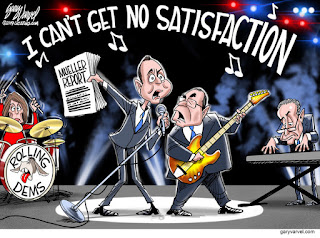 From Town Hall, Apparently We're Uneducated And Stupid If We Believe Mueller's Findings, proving their is such a thing a stupid and over-educated. Shockingly, Victor Davis Hanson asks a stupid question at NR, Why the Effort to Demonize Attorney General Barr?. It's all they have.


So the fear is not that Barr broke or will ever break the law, but rather just the opposite: He seems the sort who will follow the law wherever it leads him and without worry over the consequences — and that reality is now apparently seen by some as quite scary indeed.

The Right Geek reminds us, Dad Again: No Collusion!


Repeating THE BOTTOM LINE: There never was any evidence of collusion; it was all a lie perpetuated by the media and Democratic operatives. There was no obstruction of justice; that was and remains a desperate lie by the media and Democratic operatives working to undermine the Trump Administration, both in and outside congress. HILLARY LOST FAIR AND SQUARE BECAUSE SHE WAS, AND REMAINS, AN UNLIKABLE CANDIDATE who ran on "HATE TRUMP and 4 more years of Obama". JUST IGNORE THE BRAYING OF THE DEMOCRATS AND MEDIA AND ENJOY TH REBIRTH OF A CONSTITUTIONALLY LIMITED FEDERAL REPUBLIC UNDER THE LEADERSHIP OF A LEGALLY ELECTED PRESIDENT. 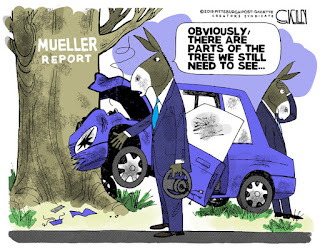 VDH at AmGreat: Russian ‘Collusion’s’ Greatest Hits. Pretty much all misses. And in ancient history, WaEx reminds us How the Russian collusion myth was hatched by Team Hillary immediately after her loss. To be fair, the FBI and the CIA started well before his election. How Obama’s Campaign Paid $972,000 To Law Firm That Secretly Paid Fusion GPS In 2016.

A man who would rather be right than popular, The Dersh on obstruction:

Mueller got the law of obstruction all wrong. Excerpts from my intro to be published in next few days. pic.twitter.com/6PYdlNjgc8
— Alan Dershowitz (@AlanDersh) April 21, 2019


If you'd rather see the video, Dershowitz: Mueller ‘Completely Wrong’ on Obstruction, Should Have Cited H.W. Bush Precedent

The Mueller report his Mittens sacred underwear in twist. At Legal Insurrection, Sour Grapes? Mueller Report Leaves Romney “Sickened” By Trump; Team Trump Claps Back,  at Front Page Mag, Rombo Part Deux: The Loser Returns, at the AmSpec: Losers, Welded Together
The Mitt Romney-Bill Weld axis shows itself in the aftermath of the Mueller report, and Althouse, Winning! 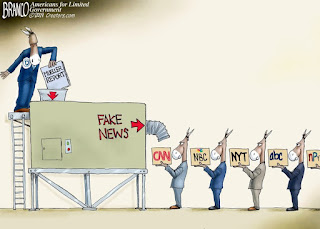 Bloomberg, Trump-Friendly Spin on Mueller Report Puts Heat on DOJ's Barr. I think he's fire-proof, in more ways than one. Ignoring the actual facts, Slate insists that Journalists Were Right
The Mueller report reads as a 400-page confirmation of years’ worth of reporting on Donald Trump.

At Da Beast, Margret Carlson says No More Bullshit: Prepare for Trump Unleashed, but she says it like it's a bad thing. 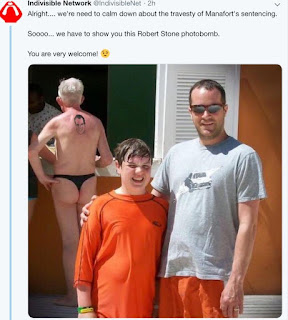 Would you stick a fiver in this thong? Also at Da Beast: Broke Roger Stone Is Speaking for Money at a Strip Club - Trump’s pal is destitute paying to defend against charges he lied about WikiLeaks. Now he’s being hounded by an antifa who doesn't want him and the Proud Boys in town. But seriously, it's outrageous that a prosecution with unlimited funds finds it convenient to break it's opponents financially in order to get them to "confess." It's even worse in the Michael Flynn case. Say, when is he due to be sentenced?