It's official, the redacted version of the Mueller Report is to be released on Thursday, with redacted sections color coded to explain the reason for the redactions.


Barr told a Senate panel last week he was surprised that Mueller’s report did not contain a vetted summary that he could quickly release to the public.

Instead, he said, every page carried a warning that it contained what he called “6(e) material,” a reference to Rule 6(e) of the Federal Rules of Criminal Procedure, which establishes rules for grand jury secrecy.

That’s among the four categories of protected information that officials are redacting from the report, which is officially titled “Report on the Investigation Into Russian Interference in the 2016 Presidential Election.”

Each category has been assigned a color to identify the reason for each cut or trim, but for now the four hues are as closely guarded as the report’s contents.

Besides grand jury evidence, the categories include classified material from U.S. intelligence agencies or allies, information about ongoing investigations, and details that could “unduly infringe on the personal privacy and reputational interests of peripheral third parties.”

Expect massive amounts of whining from Democrats about the redactions. This is interesting, Ed Morrissey at Hot Air suggests you Start Your Hot-Take Engines: Mueller Report Coming On Thursday — And So Is Giuliani’s?

Trump’s lawyers have prepared a counter report to give the public a competing narrative to Mueller’s document. Rudolph W. Giuliani, the former New York City mayor who represents the president, said Sunday that the legal team was “polishing it up.”

That might raise a few eyebrows. Democrats have accused Attorney General William Barr of potentially allowing the White House a free look at the report, or even an opportunity to edit it. The latter seems unlikely, but if the Giuliani report offers a point-by-point rebuttal to the Mueller report, critics will assume that the former took place. It wouldn’t be illegal or even unethical, considering that the Mueller report is an executive-branch product, but that won’t stop critics from accusing the administration of violating the law, ethics, or both.

IIRC, The Dersh has repeatedly said that the Presidents team should have a chance to view it ahead of time and respond to the document at the time of its release, not days after the press gets to comb through it for dirt and make mud bombs to throw at him.


Meanwhile, Nancy Pelosi continued the Democrats’ strange offensive on the Mueller report yesterday, suggesting that Barr “may be whitewashing” what Mueller found. Even before we found out that the report would come out on Thursday, this was a tired play . . .


Senior Republicans on investigative committees on Capitol Hill, who have reviewed some of the same evidence Mueller’s investigators have examined, complain that the special counsel’s team of mostly Democratic prosecutors shaded evidence in charging documents filed against a number of Trump associates for process crimes unrelated to collusion (mostly lying to investigators) to suggest a broad conspiracy. They say that the special counsel and prosecutors misled the court and the media by, among other things, editing the contents of emails to cast a sinister shadow on otherwise innocuous communications among Trump advisers and by omitting exculpatory information.

“The indictments that were made by the Mueller team are very questionable, and there’s pieces of them that read like Russian spy novels,” said Rep. Devin Nunes, the top Republican on the House Intelligence Committee.

“That was done on purpose,” he added, "to create a narrative to make the American people think, as they were indicting these people, that somehow this had to do with collusion between the Trump campaign and Russia.”

As the Senate Judiciary Committee pointed out in a secret letter to Mueller, the special counsel neglected to mention that the emails had been provided to it by the Trump campaign and they showed the campaign wanted someone “low level” to decline these types of invitations.

The distortions led the Washington Post, CNN and other major media to “misinterpret the nature of the internal campaign dialogue” as attempts by the Trump campaign to coordinate activities with Moscow, according to Sens. Lindsey Graham and Chuck Grassley, the top Republicans on the committee.


For two years, President Trump’s most devoted allies have struggled to legitimize their accusations that the FBI conducted political spying on the Trump campaign in 2016 — at times openly feuding with Republican leaders over their grievances with the investigation of Russia’s election interference.

But on Wednesday, those assertions received their biggest boost yet, and from an unlikely source: Attorney General William P. Barr, who told a Senate subcommittee, “I think spying did occur, yes.”

Never mind that he later clarified that his use of the word was meant to describe surveillance generally, without making a judgment about whether it was appropriate. The moment set off a firestorm, with those who have defended the FBI complaining that the attorney general had legitimized an outlandish conspiracy theory — while those critical of the Russia probe have embraced his remarks as vindication of their cause.

That's not how I interpreted the exchange. I saw Barr telling the Senate that it didn't matter what they called it; it was spying.  Red State, Thursday’s Release Of The Mueller Report Will Free President Trump To Orchestrate Sweet, Complete Retaliation


Anyway, the release of the Mueller report will mark the end of Trump’s bondage. He may even release a rebuttal of his own.

He will also be free to release the unredacted FISA Court applications and other related documents that will prove wrongdoing by those who plotted against him.

There is too much evidence of misconduct to turn back now.

I’ll leave you with an interesting comment Ken Starr made during an appearance on Laura Ingraham’s show last week. Starr was referring to Barr’s comment that “Spying did occur.”

The Babylon Bee (a satire site) Comey: 'We Did Not Spy---We Just Observed And Reported Secretly Without The Subject's Knowledge Or Consent'. From Flopping Aces, This is probably a good time for James Comey to leave the country. Maybe Australia would give him asylum.  Chuck Ross at Da Caller, Mark Meadows Expects Criminal Referrals In DOJ Watchdog’s Report and from Roger Kimball at AmGreat, Pursue Those Indictments!


We do not yet know the names of those being referred to the Department of Justice for review. All told, Nunes estimated that the total number might reach “two-dozen” individuals. What the outcome of the referrals will be is anyone’s guess. Disgraced former Deputy Director of the FBI Andrew McCabe has been referred to the U.S. Attorney in Washington, D.C. but as I write he is traipsing about the country on his book tour telling people about how he, Deputy Attorney General Rod Rosenstein, and others thought about trying to get Trump’s Cabinet to go along with a plan to invoke the 25th Amendment to remove him from office. Which is to say, a criminal referral, while not something you would choose for a holiday weekend, is not necessarily the end of the line. 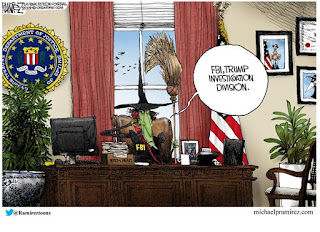 Instapundit, writing at his part time gig at USA Today, Was Obama administration illegal spying worse than Watergate? Absolutely. Speaking of foreigners trying to affect our elections, Margot Cleveland at Da Federalist, Has The DOJ Closed Its Inquiry Into Dossier Fabulist Christopher Steele?


Yet the portions of the declarations already made public reveal several significant details, the most startling being the strong likelihood that the FBI has ended an investigation into former MI6 spy Steele. This conclusion flows from the fifth declaration filed by FBI Section Chief David Hardy in the CNN case.

He also identifies another potential malefactor in the business, The Corruption and Influence of Jessie K Liu…


What do the following four points have in common?

If you note the common thread is: U.S. Attorney for DC, Jessie K Liu, well, you would be entirely accurate. Oh, but wait, we’ve only just begun. 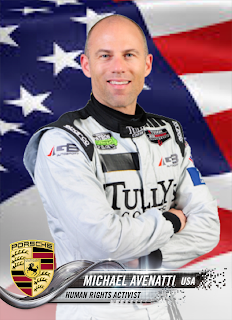 
What kind of psychopath funds his lavish lifestyle on criminally-gotten money and then seeks even more scrutiny?

Well, I'll tell you what kind of psychopath does that: A psychopath. Psychopaths are notorious for taking risks with no regard for the consequences. 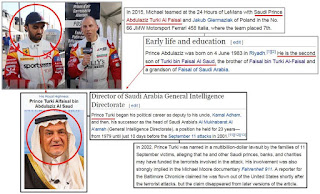 
Just to show how well he could out-trump Trump, Avenatti told Time magazine that Democrats better nominate “a white male” if they want to win in 2020.

That wasn’t the moment that killed Avenatti’s future in politics.

Avenatti overreached in the fall when he demanded an FBI investigation into allegations made by a new client, Julie Swetnick, that she and then-Supreme Court nominee Brett Kavanaugh had attended parties where gang-rapes occurred when Kavanaugh was a high school student.

It was a bad story. A witness presented by Avenatti did not corroborate Swetnick’s account. With Swetnick’s accusation discredited, then-Senate Judiciary Committee Chairman Charles Grassley referred Swetnick and Avenatti for criminal investigation.

Democrats turned on Avenatti because Swetnick’s story was so clearly false that it tainted the unsubstantiated claims of other Kavanaugh accusers.